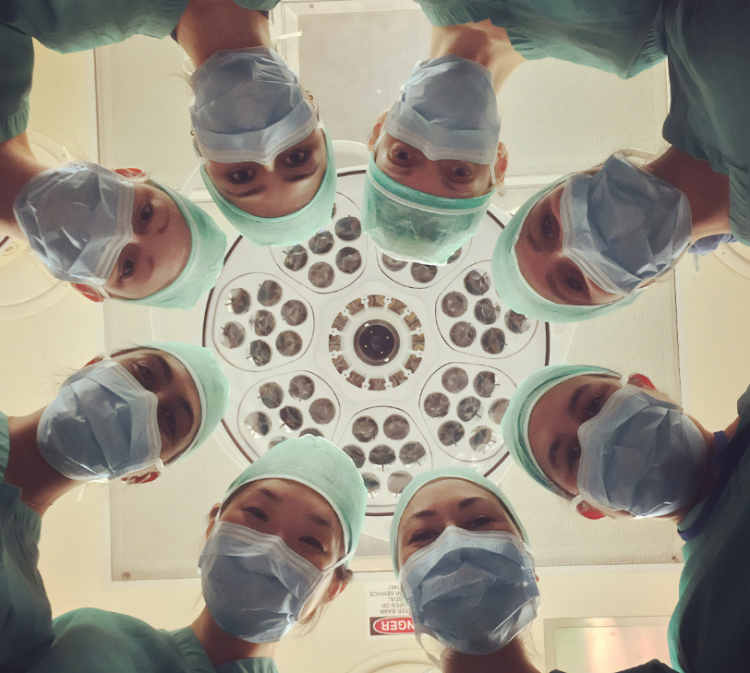 Putting the focus on cultures of safety and respect at hospitals: Photo via Unsplash

Introduction by Croakey: A recent study of seven Australian hospitals found that “unprofessional behaviour” is highly prevalent among hospital workers, with 39 percent of those surveyed reporting weekly or more frequent incivility, bullying, discrimination and harassment by co‐workers.

As four of its authors, from Macquarie University’s Australian Institute of Health Innovation, outline in the article below, the study will help guide discussions at an international online conference that begins tomorrow in Australia.

The Creating Healthcare Cultures of Safety and Respect conference (see its program) has been organised by St Vincent’s Health Australia, the Royal Australasian College of Surgeons (RACS), the Royal Australasian College of Medical Administrators and the Australian Institute of Health Innovation at Macquarie University and runs from 22-23 April, with international keynote speakers.

As the article outlines, a 2015 RACS survey made headlines and led to structural change when it found that nearly 50 percent of surgical fellows, trainees, and international medical graduates had been subjected to bullying, discrimination, and harassment.

Croakey has reported extensively on harmful behaviours and cultures in healthcare, including “bullying, stress, long hours, double shifts” experienced by doctors and and racism that is not only a critical barrier to good patient care, but to career progression and job satisfaction for Aboriginal and Torres Strait Islander health staff, affecting both recruitment and retention.

The Australian Health Practitioner Regulation Agency (Ahpra) last year launched a five year Aboriginal and Torres Strait Islander Health and Cultural Safety Strategy and a statement, in the midst of the pandemic, No place for racism in healthcare.

Unprofessional behaviour is seen in many contexts, including government, industry, and healthcare. With increasing awareness of the issue among healthcare leaders, there is a growing commitment to determine the scale of the problem and identify possible solutions.

However, if these solutions are to be effective, healthcare and researchers must work collaboratively.

The view that hospitals need to prioritise the practice of respect and safety is a seemingly simple but challenging paradigm shift to achieve in reality.

At a virtual conference on April 22-23, healthcare managers, professionals and staff, plus researchers are meeting to understand the extent and impact of the issues, as well as to explore interventions to improve workplace culture.

Unprofessional behaviour – what is it?

Unprofessional behaviour is commonly viewed as consisting of bullying, harassment, and discrimination. However, these behaviours are just the tip of the iceberg.

Unprofessional behaviour also includes incivility, such as passive aggression and social exclusion, where the intent to harm is ambiguous or unclear.

Importantly, even these so-called low-intensity or low-level behaviours can have harmful effects on staff wellbeing, teamwork and, most notably within the healthcare context, on patient safety.

Unprofessional behaviour among workers in the Australian healthcare system is so common that it could be considered endemic.

For example, in 2015, the Royal Australasian College of Surgeons (RACS) surveyed 3,516 surgical fellows, trainees, and international medical graduates and found that 49 percent had been subjected to bullying, discrimination, and harassment.

In response to these findings, and as part of the College’s ongoing commitment to improving workplace culture, the Action Plan: Building Respect, Improving Patient Safety initiative was launched. It includes the Operating with Respect professional development program and the Speak Up app.

The survey examined hospital workers’ experience of 26 types of unprofessional behaviour from incivility to bullying, discrimination, and sexual harassment, as well as staff beliefs about the impact of such behaviours on their wellbeing, teamwork, and patient care.

Those who were most likely to experience unprofessional behaviour were nurses, non-clinical staff members, and staff aged between 25-34.

These findings are consistent with what has been reported internationally, such as the link between unprofessional behaviour and depression, anxiety, and fatigue in hospital staff; mild rudeness impairing team performance; and an association between the number of co-worker reports about unprofessional behaviour received by a surgeon and medical and surgical complications in their patients.

Unprofessional behaviour among healthcare workers is a pervasive problem across healthcare organisations worldwide.

Professor Russell Mannion, an international expert on patient safety and organisational culture in health systems from the University of Birmingham, UK, has written widely on the need for nuance in future work in the area of healthcare cultural reform.

Mannion has drawn attention to the importance of contextual issues such as national, regional, and local healthcare practices, as well as wider systemic factors that lend an added layer of complexity when designing effective interventions to reduce unprofessional behaviour.

To adequately address the problem, there is a need to reform patterns of leadership and organisational accountability to integrate values such as respect, dignity, and equity within the organisational structure of hospitals.

A notable contribution to the area of improving patient safety by reducing unprofessional behaviour among hospital staff has been made by Professor Gerald Hickson and his team at Vanderbilt University Medical Center, US.

Professor Hickson, who will also speak at the conference, has studied the link between professionalism and impacts on patients, staff, and organisations for over two decades. His work highlights the importance of early intervention to address negative hospital cultures by building supportive infrastructure within healthcare organisations.

Speaking up: benefits and barriers

Health systems in several countries have invested in speaking-up programs to reduce the negative impact of staff unprofessional behaviours. “Speaking-up” refers to assertive communication by employees enabling them to raise concerns about inappropriate behaviour and safety in the workplace.

Here in Australia, St Vincent’s Health Australia, the nation’s largest provider of not-for-profit health and aged care services, has developed the Ethos program – which aims to embed safe, respectful, and professional behaviour and provide a consistent, transparent, and equitable way to address staff conduct that may undermine staff wellbeing and patient safety.

The program also includes training for staff on speaking up and allows anonymity and non-hierarchical informal reporting to encourage staff to report unprofessional behaviour.

This is a long-term project that is being evaluated in partnership with AIHI. By virtue of being a large-scale culture change implementation across multiple hospital sites that is being continuously modified in response to reception and feedback from staff, the Ethos project makes a valuable contribution to the relatively limited evidence-base regarding the effectiveness of such organisational programs to generate positive change.

An important new finding from our study that examined not just unprofessional behaviours, but also staff perception, experiences and practices of speaking up, was that staff who self-reported ‘speaking-up’ skills were 47 per cent less likely to report frequent incivility or bullying and 20 per cent less likely to report the experience of more extreme unprofessional behaviour.

Reported speaking-up skills were also associated with lower rates of negative impacts on personal wellbeing, teamwork, and quality of care. This suggests that having the skills to raise concerns may reduce the frequency and impact of unprofessional behaviour.

Consequently, staff who felt comfortable about speaking up and felt supported by their colleagues and supervisors also reported a more positive experience of organizational culture and were more likely to report unprofessional behaviour.

However, for culture change programs to be effective, particularly those with a focus on speaking up, they must be developed within positive, encouraging environments in which concerns are listened and responded to. The prevailing culture within the healthcare industry normalises incivility, posing a significant barrier to speaking up, as well as maintaining sustainable cultural changes within organisations.

Ultimately, healthcare organisational culture plays a crucial role in enabling or discouraging unprofessional behaviour amongst staff. Elements such as engagement and accountability by leadership and management, collaborative practices in patient care, and people-oriented managerial strategies may all play a role in overcoming negative hospital cultures.

PrevPreviousGood consent education is about students and teachers, not milkshakes and sharks
NextTasmanian poll: healthy school lunches on the table but not much else yet in preventive healthNext