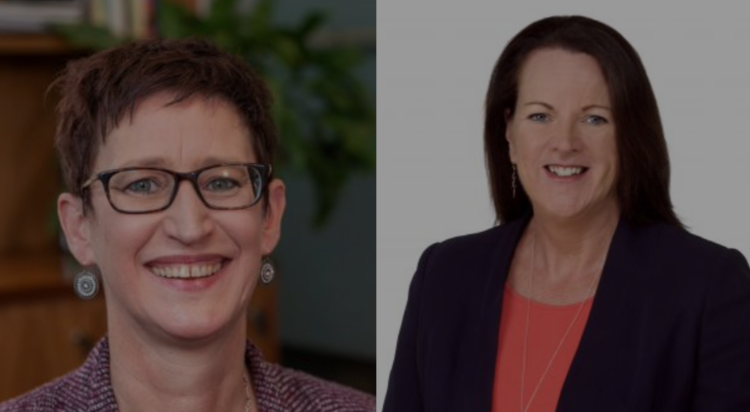 Other Commonwealth Department of Health Chiefs

Today he turns his attention to two less well-known roles within the Department of Health: the Chief Nursing and Midwifery Officer and the Chief Allied Health Officer.

He discusses the evolution of these two roles and analyses the differences between them, both in terms of their role within the Department and their relationship with their profession.

In a recent article I described the creation and evolution of the role of Chief Medical Officer in the Commonwealth Department of Health.

It was established in the early 1980s to provide for a senior doctor to undertake functions under the Quarantine Act, in response to the removal of the requirement that the head of the Department of Health had to have medical qualifications.

The appointment of Professor Paul Kelly last year acknowledged the importance of public health training and knowledge in the face of a pandemic.

As the role of the CMO changed from the provision of public health advice to being a bridge between the government and the profession, other health professions began to advocate for the creation of a similar post for their profession.

The nurses were the first to succeed.  As part of the 2007 election campaign the ALP promised to appoint a chief nurse, and then Minister Nicola Roxon announced the appointment of position of Dr Rosemary Bryant AO as Chief Nursing and Midwifery Officer (CNMO) in 2008.

Dr Bryant had previously worked as chief nurse in Victoria, and became president of the International Council of Nurses in 2009.  As a result of this appointment she was affectionately known in the Department as “chief nurse of the world”.

Dr Bryant was succeeded in 2015 by Professor Debra Thoms, who had previously been chief nurse in both SA and NSW.  She was followed in 2019 by the current incumbent, Professor Alison McMillan PSM – another former Victorian chief nurse.

Five years after the CNMO was established, the position of Chief Allied Health Officer (CAHO) was created. Minister Tanya Plibersek announced the appointment of Mr David Butt to the position in March 2013.

After he left the Department in early 2014 there was (as far as I can tell) a hiatus of over a year before Mr Mark Cormack assumed the mantle in February 2015.

Following his transfer to the Department of Veterans Affairs in mid 2018 I understand Ms Tania Rishniw assumed the role. (I cannot find any document in the public domain acknowledging that Ms Rishniw was the CAHO, and the Departmental news team was unable to confirm this within four days.) The current occupant, Dr Anne-marie Boxall, was appointed in July 2020.

It is interesting comparing the CNMO and CAHO positions.

Within the Department they have operated in a similar way to the Chief Medical Officer – as a bridge between the government and the profession, and as a source of advice on high level nursing policy issues.  The position has been a full-time appointment – the occupant has no other responsibilities.

By contrast, the first CAHO Mr Butt started his working life as a journalist, before becoming a health bureaucrat.  At the time of his appointment he had been CEO of the ACT Department of Health and of the Little Company of Mary Health Care, but he had no background in allied health.

Indeed, the Minister noted that the Department would appoint an allied health adviser with allied health qualifications and experience to support him.

Ms Rishniw has a degree in psychology, but as far as I can ascertain has not practised. (Again, the Department of Health news team was unable to respond to my inquiry.)

The other distinction is that the title of Chief Allied Health Officer has been conferred on officials with a different, full time, and very busy role.

Ms Rishniw was acting in several deputy secretary during her incumbency. Dr Boxall combines her role as Chief Allied Health Officer with being an assistant secretary running a branch responsible for a range of primary care policy and program areas.

As a result, I think it is fair to say that the Commonwealth CNMO is seen as an influential leader in the profession, while the CAHO is largely unknown. How many physiotherapists could identify former physiotherapist Dr Boxall as the CAHO?