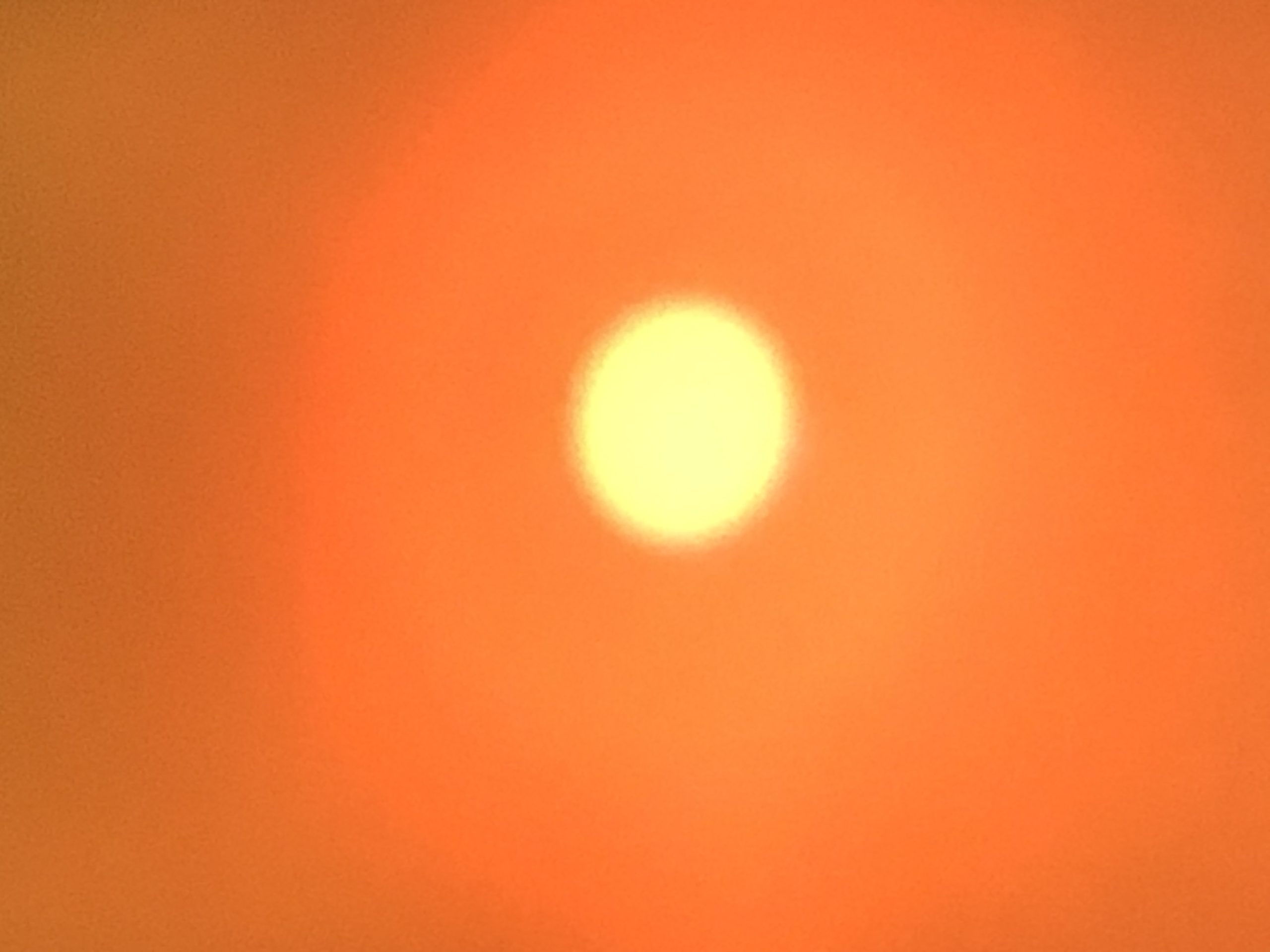 ‘Our Mother is Crying’: a poem

Introduction by Croakey: The wide-ranging impacts of the traumatic bushfire season will be expressed in many ways, including through increased demand for health and social services, the stories that are shared in public and private spheres, and research findings.

The arts also have an important role in sharing understanding of these experiences, and enabling wider reflections as well as healing, as is powerfully demonstrated in the poem below by Wendy Edmondson, a senior woman from the Wattandee and Badimia Yamaji language groups in Western Australia.

Below she explains the context to her poem, which follows.

I dread every fire season and the inevitable death and destruction that follows.

This season has been different though. I was flying from Adelaide to Sydney in early December for a work-related meeting and as the plane was landing we descended into a thick cloud of brown smoke, not seeing land again until shortly before we touched down.

At this time the bushfires were burning in the Eastern states and we were yet to have our own devastating fire season in South Australia.

As I caught a taxi to my hotel I found that I had to use my asthma puffer because of the smoke. But over the next two days, apart from the asthma, I found that other distressing symptoms manifested including a tightness in my chest, headaches and nausea.

On reflection, I realised that I was breathing in the ashes of our Aboriginal creation ancestors.

For millennia, Aboriginal people have cared for all the elements of the natural environment, which are our ancestors, as part of our cultural and spiritual responsibilities. In my family those ancestors include the echidna, Kurrajong tree and sea lion. My grandfather was also a custodian for the Bemarra, a water snake.

I thought of all the trees and animals being consumed by the mega-fires. They had no chance in the face of these fire storms and yet their importance to Aboriginal people is an inalienable part of who we are and our connection to the land, our Mother. We are our ancestors.

The devastation on Kangaroo Island has been overwhelming and every time I see images on news reports I feel a deep sadness. Many of my Aboriginal family and friends are feeling the same way and are consumed by helplessness and frustration.

I have put down my thoughts about the bushfires because the words needed to come out. I wanted to articulate the trauma, grief and loss I was feeling in order to make sense of it. Putting my feelings into words was both cathartic and triggering at the same time, but overall, it has helped.

I have worked in Aboriginal health, including Aboriginal Medical Services, for many years.

Now is the time for supportive health professionals to check, not only on themselves, but also how their Indigenous colleagues and friends may be feeling.

The nature of these fires has taken a mental health toll on everyone, but for Aboriginal people there are complex, cultural challenges that may add other layers of trauma for already traumatised people.

Please reach out to your Aboriginal friends, colleagues and community members to see if they are OK.

We are all hurting and some well-being support may help with both coming to terms with what has happened and starting the healing process.

Our Mother is Crying

Can you hear their screams and the cries of agony? Feel the fear and
unspeakable pain as they are consumed in the living, breathing firestorm?
Are those cries seared in your soul as you breathe in the ashes of your ancestors?
Does the sadness weigh heavily? Does your spirit feel sick?
Why won’t that nausea in your stomach, and the headaches, go away?
Our spiritual ancestors are dying in their millions upon millions; the echidnas, the birds, the kangaroos, the koalas, lizards, frogs, snakes and little potoroos, the trees, rivers, fish, plants, our sacred sites.
None are spared. There is no mercy – not in this ruthless, colonised land.
Our Mother Earth is helpless as she writhes impotently against the unyielding force of the fire. She is wounded, destroyed, her skin scorched – will she ever recover? Will we ever recover? We, your custodians, cared for our ancestors, our country, our Mother, for eternity. Stripped of our land, our culture,  our rights, we can only watch helplessly as the colonisers’ deeds wreak havoc on our Mother, our life force – poor fella, no good.
The ash falls softly, followed by rain, heavier now, choking the waterways, our fish are suffocating, our rivers die even more.
When will this nightmare end? Will we carry the soul wound for the rest of our lives?
Another layer of  unspeakable trauma, unrelenting and unforgiving?
Let us draw on our inner strength, our resilience and hope for our children and our future to heal both the land and ourselves. For hope is all we have.

Wendy Edmondson (formerly Clinch), a senior woman from the Wattandee and Badimia Yamaji Language groups in Western Australia has devoted her entire career to the service of Aboriginal communities as a manager, board member, educator, and researcher in programs, projects and services. She has been the CEO of two Aboriginal community-controlled health services in Adelaide, South Australia and the Pilbara in Western Australia, and in 2010 won a Churchill Fellowship to investigate the differences in life expectancy between Indigenous and non-Indigenous peoples in Canada, New Zealand and the United States. She has taught Indigenous health to health sciences students and her teaching team won a Leaders in Indigenous Medical Education (LIME) – Innovation in Aboriginal Health Teaching Award. She was also made a member of the College of Distinguished Educators at Flinders University. In a ground-breaking decision, the NHMRC awarded a $1.9 million grant for a Centre of Research Excellence to the Aboriginal Health Council of SA of which Wendy was CEO, and Principal Investigator, for the grant. She has also established two Registered Training Organisations to train Aboriginal Health Workers in their own communities. Wendy possesses three post-graduate qualifications and is just about to embark on her PhD.