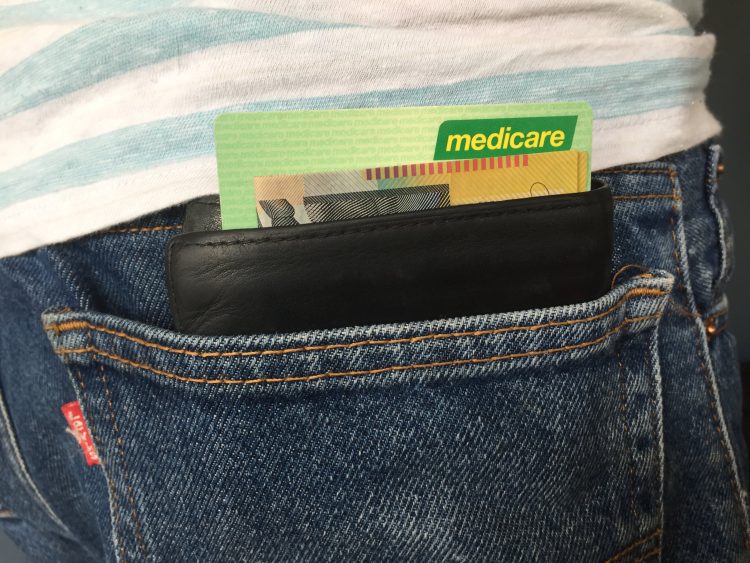 Out of pocket costs: a critical health issue to watch in 2018 – but first, some history

Out of pocket healthcare costs are set to be one of the health politics/policy issues for 2018.

Even the Government is finally acknowledging that out of pocket costs are “a matter of justifiable and considerable community concern” – although Minister Greg Hunt’s statement seems more concerned about ensuring patients and referring doctors are better informed about medical costs than about any wider policy initiatives to ensure health care is accessible and affordable to all.

Meanwhile, the Consumers Health Forum of Australia has launched an online survey to find out more about the impact of out of pocket costs  to help inform its work on a new Ministerial advisory committee.

The committee, as Jennifer Doggett has previously noted, is dominated by medical interests, and chaired by the Commonwealth Chief Medical Officer, Professor Brendan Murphy, who – as Croakey reported last May – has warned that universal health care is at risk from spiralling out of pocket costs.

At Croakey, we are planning a sustained focus on out of pocket costs this year – bookmark this link to follow the coverage – and please join us in using the #OutOfPocket hashtag on social media.

It is clear that out of pocket costs are a significant health equity and public health concern; a 2014 report by the Grattan Institute stated that:

High and rising out-of-pocket costs are one reason that a sizeable minority of people avoid health care. The impact is greater for people on low incomes, in rural areas and who have poorer health status and disabilities.”

So where to begin, if the goal is a concerted effort to reduce the financial burden on healthcare consumers and their families?

Kicking off a series of articles, Margaret Faux –  a lawyer, the founder and managing director of one of the largest medical billing companies in Australia, a registered nurse, and a research scholar at the University of Technology Sydney – suggests we begin with reading the Australian Constitution.

In particular, we need to understand Section 51, which sets out the areas where Parliament can make laws, and specifically the critical phrase in brackets below in Section 51(xxiiiA):

Out of pocket medical expenses: The illuminator series

The topic of out of pocket medical expenses is an emotive issue for most Australians who all contribute in one way or another to our universal health coverage scheme, Medicare, and feel they should not have to pay additional fees.

As someone who has sat at the interface of patients, payers and providers for decades, I have witnessed a breakdown in trust between these parties, which is currently at an all-time low.

But I remain optimistic that trust can be restored, because most of the issues have arisen as a result of misunderstandings.

In this series at Croakey, I will try to shed some light on how our health financing system works, correct some of the many Medicare myths and misconceptions, and illuminate some of the issues and complexities that are so poorly understood.

Let’s start at the very beginning

Just four short years ago, around this time, Tony Abbott announced his ill-fated GP co-payment plan. We were told that Australian consumers needed a price signal to make them think twice before racing off to visit the GP.

We are having another committee – this time to investigate out of pocket expenses (OOPs).

It is an issue that has perplexed Australian health system reformers for decades, but has never been conquered and the reason is simple – Australian doctors have a Constitutional right to charge whatever they want.

The relevant provision is contained in Section 51(xxiiiA) of the Australian Constitution, having been inserted after the 1946 referendum, and having been considered by the High Court on numerous occasions.

Whilst doctors can contract out of this right, and be nudged, cajoled and encouraged to change their ways, they cannot be forced to stop charging OOPs. Doctors do not have to accept available rebates, whether from the government or the private health insurers, and this is why top down approaches to the issue keep failing.

As is often the case when an issue takes hold and the government of the day has no clear underlying policy, the debate can sometimes end up being reduced to a simple, linear narrative.

It is certainly convenient to have a villain (in this case doctors) requiring containment, but there are unfortunately many villains in the OOP story, numerous factors and interests at play, and the reality is that a committee is unlikely to have much impact.

A better starting point might have been for this government to reflect on its own role in getting us here in the first place.

The second reading speeches made by Liberal party members in the House of Representatives on 10 April 2000 in relation to the Health Legislation (Gap Cover Schemes) Bill 2000, were breathtaking in their naivety and ignorance of how medical billing and Medicare works.

Not one of them mentioned the Constitutional provision, the legal foundation of our health system, which would ultimately usurp the effectiveness of Bill before the House.

To be fair, Labor MPs did not mention the Constitution either, though they were more sceptical, expressing concern for what they perceived as being inadequate safeguards around consumer information about doctors’ fees, and the possible inflationary effects of the proposal. The stated purpose of Gap Cover Schemes was to limit out of pocket medical expenses when patients go to hospital.

As the debate wore on into the evening, Liberal MPs became increasingly dazzled by their own brilliance in solving, indeed finally conquering, the OOP scourge on our health system.

One MP said patients would be empowered, enabling them to shop around for the best surgical deal before going to hospital. Another said that informed financial consent would create a true market for patients. A third said consumers’ interests had been completely safeguarded, and still another went so far as to suggest that it was going to be so great that we would all somehow obtain a better understanding of how health insurance works. Of note, all were very confident there would be no inflationary effect.

Well, they were completely wrong on every count.

When will we learn?

Here we are, 17 years later struggling with the same problem. OOPs are apparently, shockingly, causing some Australians to draw down their superannuation savings to pay medical bills, the federal government has convened a committee to investigate the issue, and the private health insurers (who supported the Gap Cover Schemes) are blaming doctor OOPs for the inflationary impact on their premiums.

It is hard to fathom how anyone thought it would end differently.

The simple reality is that when available rebates are perceived as insufficient by any doctor, he or she can just direct bill the patient. Nothing could be simpler to understand.

We should be thankful the GP co-payment plan did not go ahead (for many reasons, not just the Constitutional one) because the same mechanism would have meant that the same fate eventually would have befallen it.

If you think back to the original proposal of $7 per GP visit, what exactly did the government think would happen when doctors decided $7 was not enough?

It would not be a problem for doctors, who would just start direct billing patients again. But under pressure from constituents, the co-payment would eventually have to be increased to settle everything down for a while until the cycle started again, exactly as has happened with Gap Cover Schemes where we have seen the two forces continuing to work in tandem, steadily pushing prices up right across the sector over time.

It is not only our government representatives who have failed to understand the Constitutional mechanism underpinning medical fees ­– the private health insurers seem to be equally oblivious.

Having clearly demonstrated their inability to control doctors’ fees, at least one of the private health insurers still thinks it can. Just a few days ago we learned that BUPA has a grand plan to cover GP services and has made submissions to the government to this effect.

If reading this article has helped you to understand the practical effect of Section 51(xxiiiA) on doctors’ fees, this news should make you worried.

It will take a multi-pronged, bottom up approach to contain OOPs, and starting at the very beginning is usually a good place – by acknowledging and accepting the limitations imposed by virtue of the words which were engineered into the Constitution by Robert Menzies back in 1946.

Until we stop pretending that Section 51(xxiiiA) is not there or is not important, little progress will be made.

• Margaret Faux is a lawyer, the founder and managing director of one of the largest medical billing companies in Australia and a registered nurse. She is a research scholar at the University of Technology Sydney. Follow on Twitter at @MargaretFaux. Read her previous Croakey articles here.