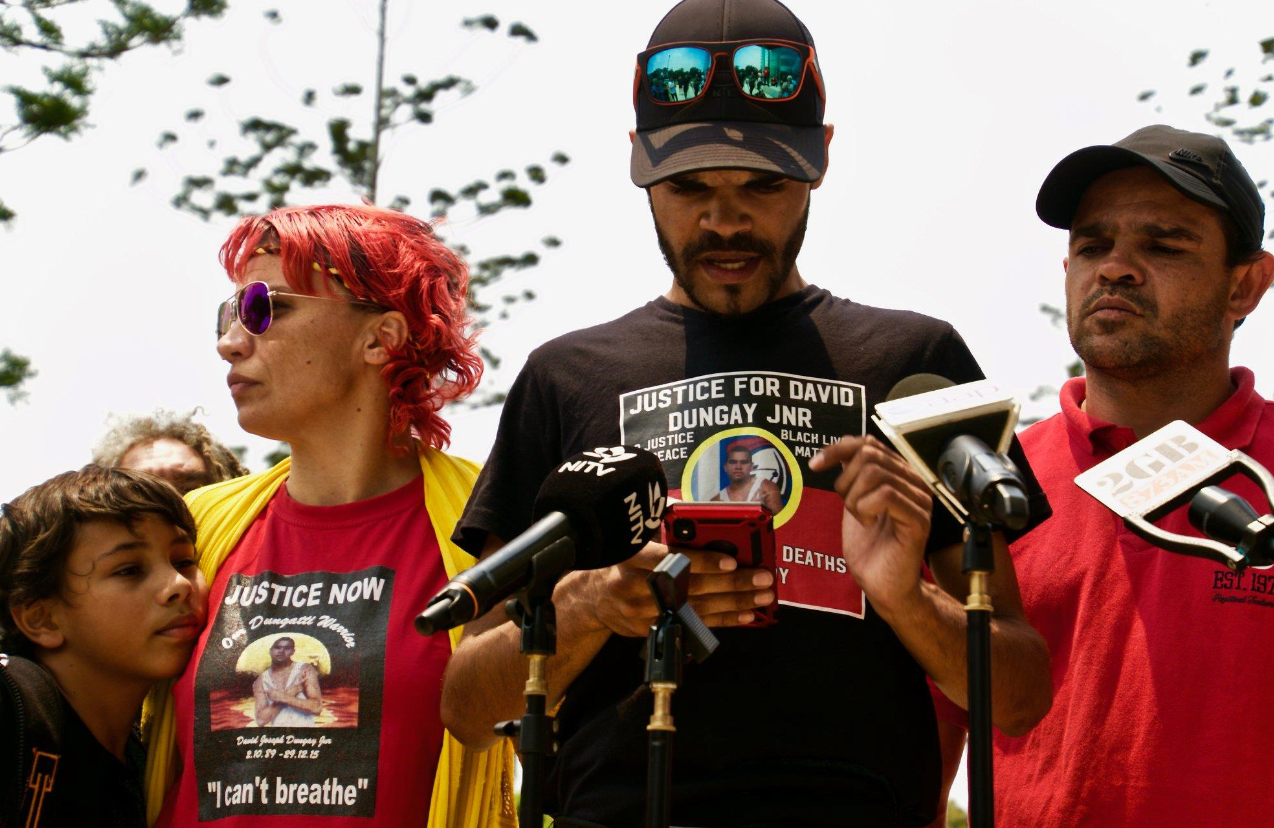 The family of David Dungay Jr at the Lidcombe Coroners Court, in November 2019. Photo by Charandev Singh

Introduction by Croakey: Leading Aboriginal and Torres Strait Islander legal and rights bodies are calling on the Australian Government to commit to end Indigenous deaths in custody in Australia, in the wake of global shock and outrage at the death of George Floyd at the hands of US police.

In a joint statement with non-Indigenous organisations, published in full below, they are urging wholesale change to end the mass imprisonment of Aboriginal and Torres Strait Islander peoples, including by repealing punitive bail laws, mandatory sentencing laws, decriminalising public drunkenness and lifting the age of criminal responsibility from 10 to at least 14 years.

The call to action comes as many Aboriginal and Torres Strait Islander people demand that Australians who have been shocked and appalled by the murder of Floyd — which has sparked protests and riots across the US — also look in their own backyard.

“If you know who George Floyd, Trayvon Martin and Michael Brown are, you need to know the stories of Dungay Jr., Ms Dhu, Aunty Tanya Day, Joyce Clarke and Kumanjayi Walker,” wrote Gamilaroi and Dunghutti woman Marlee Silva, naming just a few of the 432 Aboriginal people who have died in custody since the 1991 Royal Commission into Aboriginal Deaths in Custody.

David Dungay Jnr was a Dunghutti man who died in Long Bay jail in 2015 after being dragged by guards, held face down and injected with a sedative. His nephew Paul Silva (featured in the feature image, above) wrote this week that he had been unable to continue watching the footage of Floyd’s death, because it took him back to his uncle’s death by suffocation.

“Both men were continuously saying “I can’t breathe” and begging for their lives. Both men had multiple officers restraining them, pushing them into the ground and ignoring their cries,” he said, sending a message of solidarity to those mourning and protesting in the US.

In another powerful piece, headed ‘We must bear witness to black deaths in our own country’, Darumbal and South Sea Islander journalist Amy McQuire wrote about the deaths of Joyce Clarke, who died last year from a gunshot wound after police were called to a house in the Western Australian town of Geraldton, and, just two months later, of 19-year-old Kumanjayi Walker, shot by police in the Northern Territory community of Yuendemu.

Neither death had prompted the “same level of Australian outrage” as is seen here when similar deaths occur elsewhere, she said.

“While the high-profile deaths of black men in the United States have allowed white Australians to see the racist violence perpetrated by police and the white supremacy ingrained in systems, these are lessons they are not willing to learn on this land,” she said.

In another graphic example of the violence experienced by many Aboriginal and Torres Strait Islander people. Guardian Australia reported on Tuesday that a NSW police officer was being investigated after a video posted to social media showed him tripping an Indigenous teenager while arresting him, “slamming the boy face-first on to bricks”.

See this Twitter thread from the National Aboriginal and Torres Strait Islander Legal Services (NATSILS) and more responses via Twitter at the bottom of the post.

Change the Record calls on state, territory and Commonwealth governments to commit to end Aboriginal deaths in custody in the wake of George Floyd’s death in America – which followed two fatal police shootings here in Australia late last year.

Change the Record has called on the Prime Minister and National Cabinet to implement five key recommendations, below.

The Prime Minister yesterday distanced Australia from the police brutality in America, and downplayed the ongoing injustice of the mass-incarceration of Aboriginal and Torres Strait Islander peoples in Australian prisons, and the preventable and tragic deaths of over 400 Aboriginal people in police or prison custody since the Royal Commission into Aboriginal Deaths in Custody.

Change the Record Co-Chair, Cheryl Axleby:
“432 Aboriginal people have died in custody since the 1991 Royal Commission into Aboriginal Deaths in Custody was held, which was meant to put an end to our people dying in cells. Instead, its recommendations have largely been ignored.”

The family of Tanya Day, a proud Yorta Yorta woman and much-loved sister, mother, grandmother and advocate who died in police custody:

“Hundreds of Aboriginal people have died in police custody, yet no police officer has ever been held criminally responsible. This is a stain on this country. Our families and communities are being decimated by the racism that infects police. We know that our mum would have been treated differently and would still be alive today if she was a non-Indigenous person. We lost our mother in the cruelest of circumstances. No family should ever have to go through that. Aboriginal deaths in custody must end.”

“The Prime Minister, like others before him, has chosen to ignore this country’s legacy of Aboriginal deaths in custody. Only last week, a police officer entered a not guilty plea for the murder of Yamatji woman Joyce Clarke, who was fatally shot in Western Australia. This was the second fatal police shooting in the last year, including 19-year-old Walpiri man Kumanjayi Walker in the Northern Territory. There have been 432 black deaths in custody in Australia since the Royal Commission and not a single conviction for authorities involved or any sense of accountability. National leadership is needed to end this injustice and begin to write the wrongs for our communities.”

“Hundreds of Aboriginal and Torres Strait Islander people have died in custody in the last three decades, yet governments continue to sit on their hands and have failed to act. Our governments can choose to end the racial injustice and violence in this country by committing to end the mass imprisonment of Aboriginal and Torres Strait Islander peoples, by following through on recommendations of coroners, independent experts and the Royal Commission, and by holding police to account for wrongdoing.”

“Australia has a shameful record in its treatment of Indigenous people in custody, and has compounded the trauma of dispossession by allowing kids as young as 10 to be locked up, condemning them to the brutalising effect of the youth detention system which sees children caught in the quicksand of the justice system, instead of with family in community.” 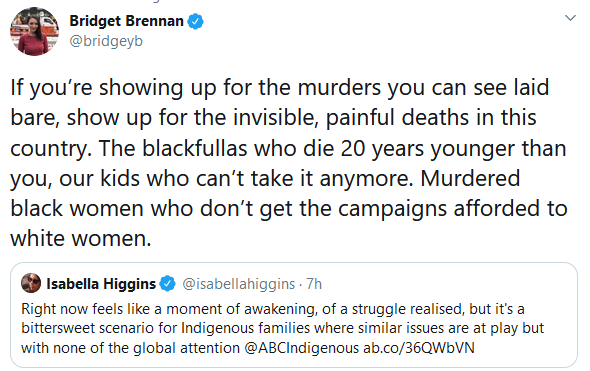 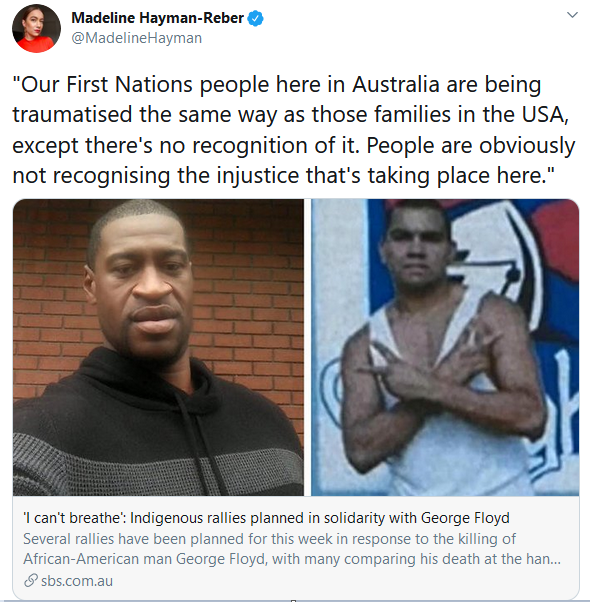 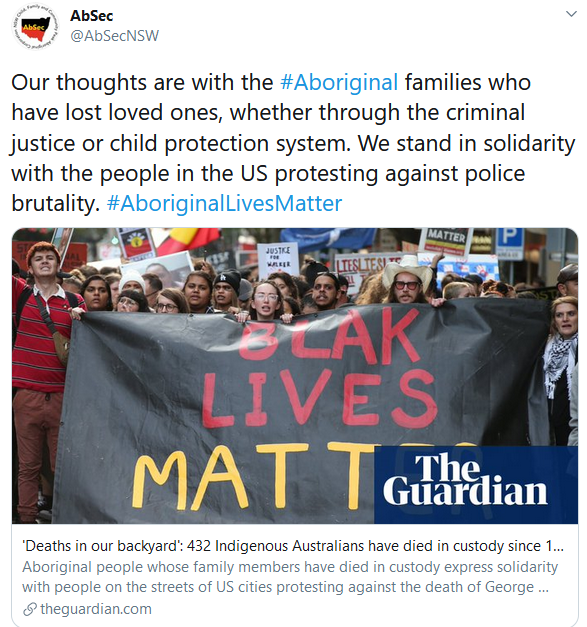 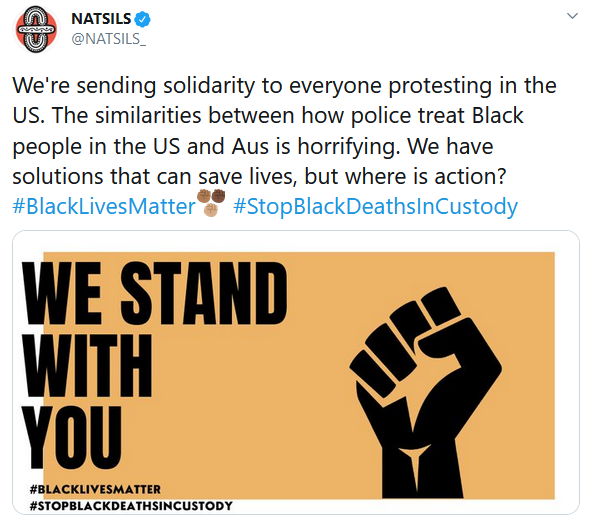 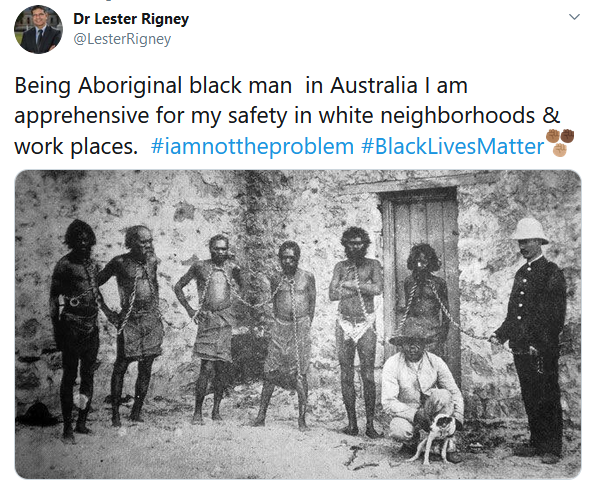 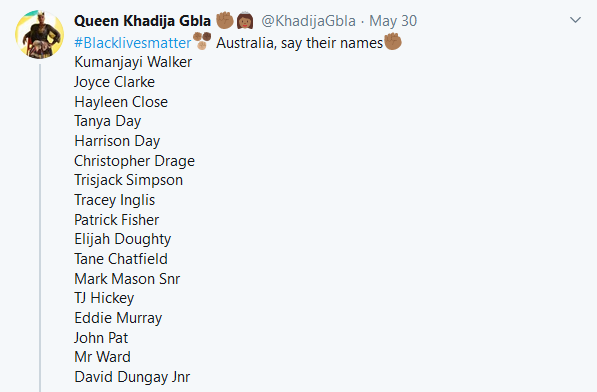