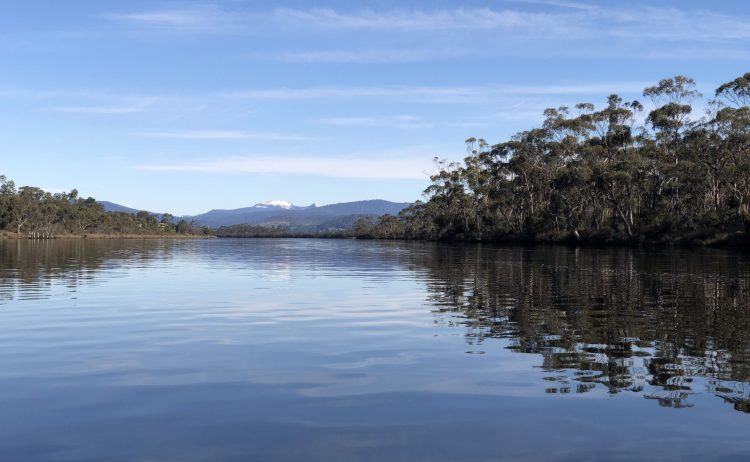 Overhaul water policy development, for the sake of our health

Health and medical expertise should be much more involved in the development of water policy, given its critical importance for health and wellbeing, according to Professor David Shearman, co-founder of Doctors for the Environment Australia.

The National Health and Medical Research Council has also raised similar concerns in its recent submission to a Productivity Commission review of the National Water Initiative, calling for water quality and human health to feature more prominently in the initiative.

The progress of the National Water Initiative (NWI) signed by federal and state governments in 2004 has been reviewed by the Productivity Commission and its Draft Report on National Water Reform has received final submissions.

As an introduction to this issue, I suggest these two articles be read:

We live in a drying continent which will become much drier with climate change. Fresh water is a finite resource, a vital support system for all life on earth. It is a crucial factor for our health, wellbeing and survival.

In a submission from the National Health and Medical Research Council (NHMRC), the following can be seen as a plea:

NHMRC would like to see water quality and human health feature more prominently in a renewed National Water Initiative.

While the recommendations in the Draft Report go some way to addressing this issue, explicit mention of public health as a desired outcome in addition to other public benefits…”

Indeed, review of 184 submissions indicates that none are from medical organisations. This is perhaps understandable because in 2020, COVID-19 engulfed the attention of all health workers with stress and long hours.

Similarly in 2021 we have the aftermath of added problems of patient mental health and delayed investigations together with vaccine rollouts.

However, it is essential that we engage with this issue for the following reasons.

The availability of water is a human right, as is water quality. After 17 years of the National Water Initiative, we still transgress these rights of many communities.

Indeed, the NHMRC points out that poor water quality due to the microbial, chemical and radiological content can impact all key objectives of the National Water Initiative.

The NHMRC is responsible for the Australian Drinking Water Guidelines (2011) and the Guidelines for Managing Risks in Recreational Water (2008), which provide nationally consistent advice to maintain public health. NHMRC water guidelines also contribute to the National Water Quality Management Strategy, which is managed by the Department of Agriculture, Water and the Environment.

In practice the “Objectives” and “Key Elements” of the NWI do not explicitly mention water quality and generally it tends to be separated out from other water planning and land use legislation. In making these comments the Environmental Defenders Office notes that Tasmania, for example, does not have published or binding water quality objectives and in some other states they have not been delivered over the duration of the NWI.

For example, in the small town of Oodnadatta in South Australia, for a decade water has consistently exceeded national drinking water guidelines for chloride, sodium, sulphate and total dissolved solid levels, as well as containing the parasite naegleria fowleri.

Oodnadatta provides a case study relevant to many SA outback communities and a study by SACOSS analyses the reasons for inaction, which lie mainly at the feet of the state governments.

SACOSS supports the Productivity Commission’s view that elements of the NWI no longer fit the purpose.

Reforms have focused on water resource management and to lesser extent on outcomes for larger urban utilities and not on the opportunity to improve service provision for those living in regional and remote areas,  particularly remote Aboriginal communities.

SACOSS presents information to illustrate the lack of understanding of the collective magnitude of the problem in South Australia (and likely other jurisdictions).

The Draft Report of the Productivity Commission includes a section on ‘Securing Aboriginal and Torres Strait Islander people’s interests in water’.

In 2007, Commonwealth, state, territory and local governments made a commitment to work together to close the gap, to achieve equality for Aboriginal and Torres Strait Islander people in health and life expectancy.

The gap on the provision of water as a determinant of good health remains shamefully wide. The impacts are best described in the words of the Northern Basin Aboriginal Nations (NBAN):

We have been the Traditional owners of the Basin for over 30,000 years.

Whilst our involvement in the management of water is essential for our physical, spiritual, cultural, environmental, social and economic health, our potential to do this has been hindered in recent decades by our relative lack of water license holdings.

Nearly 10 percent of the population of the Murray Darling Basin area in NSW are First Nations people; however, our Nations and organisations legally only hold 0.2 percent of the available surface water.”

Traditional Owners around Australia express similar views in their submissions to the Productivity Commission.

Their key needs are for government understanding that in their world, land and water are indivisible and stand together in their culture and spiritual needs. Further, as Traditional Owners they need to work in partnership with governments rather than by top-down consultation.

The Federal Government response to present issues has been economically true to their ideology. A report from the ACCC, a Murray–Darling Basin water markets inquiry “to strengthen market integrity”, recommends a Water Markets Agency to administer and enforce this legislation.

Some might regard this as an attempt to stop both state governments and participants in the water market arguing and fighting over the dregs in a dying river.

Many scientists would prefer to rejuvenate proceedings with a Statutory Commission to define the sustainability of the Murray River and indeed all Australia’s finite water resources.

It should include strong health and medical voices, including those representing the interests of First Nations peoples.

David Shearman AM PhD FRACP E/Professor of Medicine, University of Adelaide and Co-Founder, Doctors for the Environment Australia www.dea.org.au