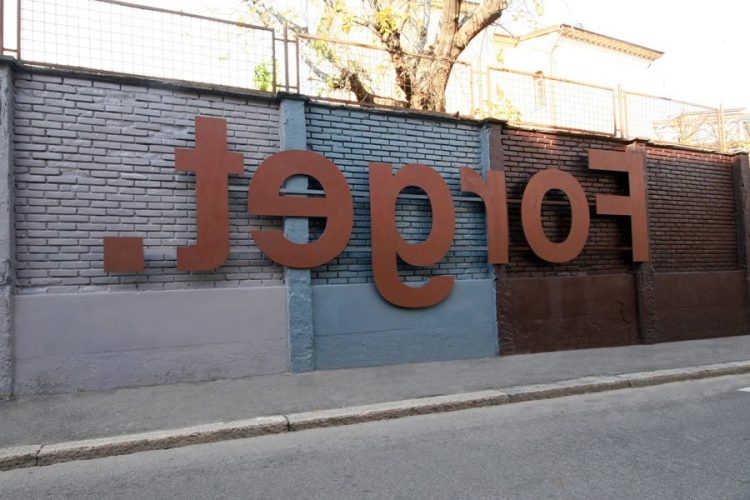 The pap smear debacle exposes an amnesia at the heart of government, where reforms are born in a vacuum and informed debate takes a back seat, writes Margaret Faux.

Laura Tingle’s recent quarterly essay Political Amnesia[1] perfectly described the demise of the public service under conservative administrations, leading to a dearth of corporate knowledge, policy failures and an inability to effectively govern.

Last week’s pap smear debate was a symptom of this very problem, where an ill-informed and ineffective reform was introduced and is now proving very difficult to undo. One senior public servant recently said to me:

“We used to be proud of our work when we were the Health Insurance Commission. We were like a destroyer, a battleship that could go in and fix problems. I used to know who to ask, but I don’t anymore. No-one knows the answers, everyone who did has long since left.”

Without being able to consult with experienced public servants inside Medicare who might offer advice and say things like ‘Look we tried that back in 1989 but it didn’t work,’ successive governments have continued to tinker around Medicare’s edges, without understanding the inner workings of the scheme and what makes it great.

Have you ever wondered why it is that in the face of a constitutional provision which enables doctors to charge whatever they like, most don’t?

First it is necessary to correct a worryingly misleading turn the debate took last week when a spokesman for Minister Ley reportedly stated that patients should be ‘rightly suspicious’ of providers who claim they will now charge $30 for a test because of the loss of a payment worth just $1.40 to $3.40.

Nothing could be further from the truth.

In fact, the opposite holds true: patients should be extremely suspicious of pathology firms seeking instead to directly to recover the $1.40-$3.40 shortfall, because in all likelihood such providers will be claiming illegally. It would be almost impossible for this not to be the case, because it is a criminal offence to both bulk bill and charge a gap. The two are mutually exclusive. It’s not just a simple matter of pathology companies charging patients a few dollars to make up the shortfall. Medicare doesn’t work like that, and irrespective of whether you have any sympathy for the plight of pathology companies, the fact is, their options for passing the cuts to patients are limited and those that choose to “…now charge $30…” will at least be claiming compliantly, which is something one would have thought Minister Ley would support.

It’s important to remember here that Medicare is a fee-for-service scheme, so if a provider claims more than one service he or she does not have to bulk bill both. This is subject to certain exceptions, pathology pap smear claiming being one of them. Further, the claim at the centre of this debate is not the claim made by the GP when the pap smear is taken – typically item 23. What we are talking about here is the point in time when the specimen has landed on the pathologist’s desk. A common pap smear claim involves the claiming of three separate items such as those in the table below:

These items cannot be split. They must be claimed together and are treated as one claim. It’s the incentive item 74993 for $3.20 (12% of the total) that the government intends to remove, leaving two items with a total value of $23.55 in this example.

If pathology companies choose to maintain their earnings at current levels, there are only two legal claiming options available to them.

The second, rather convoluted, option is:

Based on my experience, there’s about a 50/50 chance of the provider ever receiving the balance payment using this option and I would therefore suggest that no organisation can reasonably be expected to adopt it as a way of conducting business.

So there is nothing suspicious about patients being charged the full fee if this goes ahead. It really is the only viable claiming option and as a result, the likelihood that women will be charged up to $30 for pap smears if these cuts are introduced is very real, unless of course pathology companies are willing to absorb a 12% cut on this test alone. This seems unlikely and is something I wouldn’t expect our politicians would tolerate if it were applied to their salaries.

The real problem lies deeper and stems from this concept of political amnesia – a lack of political memory and failing to recall or have access to the lessons of history. It results in a myopic view where all our politicians can really see is the numbers — and all they tell us is that the system is being used, and whether use is going up or down. Numbers on a spreadsheet reveal nothing about the experience of users (the patients and doctors on the ground where the money changes hands) and so the system has never been effectively adapted to meet their needs because no-one understands what they are.

I mean, why would you incentivise practitioners to increase their bulk billing rates when they had high rates of bulk billing anyway? Why was there no analysis done of the reasons why pathologists were often bulk billing? Someone must have known that practitioners whose work does not involve direct contact with patients have higher levels of bad debt than their patient-facing colleagues, and so adopt billing methods that bypass the patient. This didn’t apply to GPs whose bulk billing rates needed a boost back when the incentives were introduced, but did apply to pathologists. Didn’t anyone know? For future reference, surgical assistants are another group in this category so no need to incentivise them. They also tend to use claiming methods that don’t involve patients because their anonymity, just like that of the isolated pathologist, leaves patients reluctant to pay their bills.

Another dazzling example of health reform that just so obviously failed to understand user behaviour: the introduction of no-gap and known-gap schemes in 2000. These so-called simplified billing schemes were designed to control out of pocket costs for patients when they go to hospital, but have done the exact opposite.

The Chief Executive of the Australian Diagnostic Imaging Association was quoted as saying that the government could address the issues by changing the rules so that patients only had to pay the gap up front. This predictable suggestion smacks of self-interest and fails to understand what makes Medicare great, which is a finely balanced combination of s51(xxiiiA) of the Australian Constitution, our entire population being compulsorily covered under the scheme, market competition and the pure genius of bulk billing.

The federal government can of course remove or reduce Medicare rebates, which are always subject to the ongoing will of the parliament, but as we are now seeing, taking a rebate out of the schedule does not happen without a fight.

An important lesson for Minister Ley here is to not add to or change Medicare without being very certain that your advisors know what they are doing. Though one could be forgiven for being a little sceptical when the Department of Human Services has lost its knowledge base and the Department of Health is run by immigration experts[2].

It should be an interesting year.

[1] Laura Tingle, Quarterly Essay, Political Amnesia: How We Forgot How to Govern. Issue 60 2015

Margaret Faux is a lawyer, the founder and managing director of one of the largest medical billing companies in Australia and a registered nurse. She is a research scholar at the University of Technology Sydney

PrevPreviousEscaping the prison of publish or perish
Next‘Critical’ health literacy: giving our most disadvantaged a voiceNext