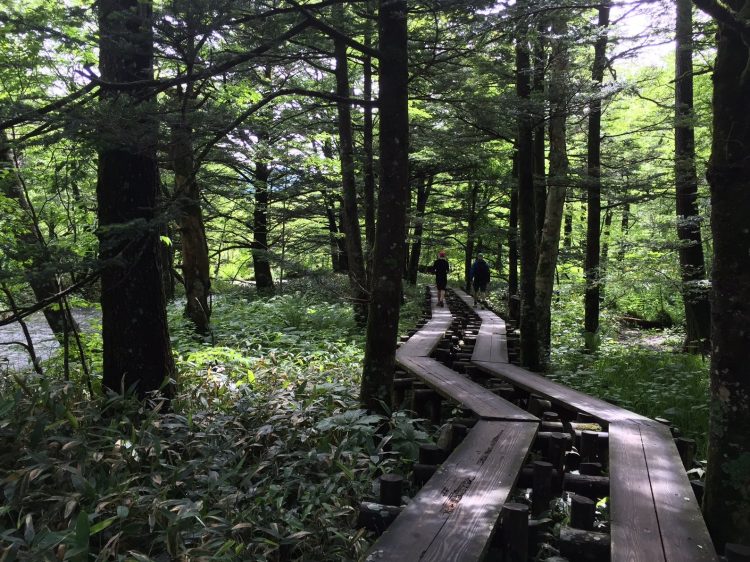 Pathways to justice pass through health: six ways the health sector can help reduce the harms of over-incarceration.

A recent post at Croakey highlighted the major findings of the Australian Law Reform Commission’ s Pathways to Justice report on the over-incarceration of Aboriginal and Torres Strait Islander people. The report was tabled in parliament last week and is awaiting a detailed response from government.

Speaking to the Guardian, Labor Senator, Pat Dodson raised concerns about the government’s lack of a detailed response to the report, which they have had since the end of last year.

He observed that it was the seventh report on the incarceration of Indigenous Australians to be commissioned over the past decade.

“It has been highlighted over and over with reports after reports, but this is a particularly significant report,” Dodson said. “There’s no dodging this … this is a crisis in the system and the federal government just can’t sit back and say this is a matter for the states.”

Dodson’s call for an urgent response was backed by Change the Record’s co-chair, Damian Griffiths, and President of the Law Council of Australia, Morry Bailes.

Croakey has sought to highlight this problem, and in particular the many solutions held by Aboriginal and Torres Strait Islander people around the country, though the #JustJustice series of articles.

We wondered, this week, how our public health, health policy, health care and medical readers could help move things along. Consulting the brains trust in the Croakey Collective, we’ve come up with the following six points, which are by no means a complete list.

Dr Megan Williams, Senior Lecturer in Aboriginal Health and Wellbeing at the UTS Graduate School of Health, told Croakey that recognising and acting upon “anything outside the individual” can be difficult for health service providers, but that addressing the social determinants of health in the course of healthcare delivery will both prevent and ameliorate health problems.

An interesting recent review looked at just one aspect of this – people’s ability to access primary health care – and found that access was influenced by multiple external factors such as health literacy, beliefs, values, culture, gender, autonomy, transport, finances, social and carers support, and empowerment. The authors found that and that health services could employ a range of practical strategies to smooth the way through these impediments.

2. Picking up on common problems

The report says hearing loss affects 80-95 percent of Aboriginal and Torres Strait Islander prisoners. Much of this hearing loss is likely to have been preventable with the management of Chronic Suppurative Otitis Media in childhood. More than 12 percent of Indigenous children overall have this condition, and up to 90 percent in remote communities.

Again, many of the factors that can solve this are outside the health system but, given the strong link with incarceration, we need to get behind efforts to prevent, detect and correct hearing loss in children and adults.

“Deafness has plagued our people since white man came to our lands. At the Rural WONCA in Cairns last year, one of the preconference activities was a tour to a remote community, which culminated in a brief presentation by an Aboriginal Health Worker. The presenter noted that 50 percent of the school age children in the community needed grommets. She also noted that the average waiting time for this operation was five years. One of the delegates asked for a clarification,

“Does this mean that for half of the school life of half of the children in this community, they cannot actually hear their teacher?”

The Health Worker responded with a simple, yet emphatic, “Yes.”

(I was not able to attend this tour, this story was relayed to me by a colleague).

The report also notes that deafness compounds the problems of those caught up in the criminal justice system, to which Peachey can attest:

“A prisoner under my care is very deaf from Chronic Suppurative Otitis Media. Whilst in prison, he was referred to an ENT Surgeon in Cairns but, in what could be part of a Monty Python sketch, he missed his appointment. When called by the Corrections Officer to board the transport to the clinic (prisoners don’t receive prior notice of offsite medical visits, in case they organise to escape), he failed to respond.

Yes: he failed to respond to the call to attend the ENT clinic to see about to his deafness, because his deafness prevented him from hearing the call.

Indirectly, it is his deafness that has led to the man’s prison sentences in the first place. He self medicates his mental anguish and, when he can’t hear what people are saying, becomes paranoid, then lashes out, leading to yet another vacation at “Her Majesty’s Murri Motel”. Hopefully, restoring his hearing (as we have recently done with a hearing aid) might give us a chance at keeping him out of prison in the future.”

The report noted that cognitive impairment (specifically due to Fetal Alcohol Syndrome Spectrum Disorder, FASD), is another problem both leading to and compounding incarceration, with FASD youth being 19 times more likely to be incarcerated than those without the condition, and likely under-diagnosis. Prevention and health promotion initiatives have been developed all over Australia but Peachey says the problem is being addressed far too  late.

“Recently, a physician from the local AMS met with a group of Indigenous Inmates to talk about a plan for a men’s program, and was struck by the extraordinary number of men with facial features typical of Fetal Alcohol Spectrum Disorder. Our practice of warehousing these folks in prison is partly because we have failed to make the diagnosis, and therefore failed to help them find a better way to cope.

I am aware that the interventions for FASD are resource heavy, but when these folk go into prison, it costs us $300 per day to keep them there. If we spent $150 per day between Kindy and grade three preparing these children for life, we would save money, and arguably vastly improve the contribution of these kids to the future GDP of the Nation – surely a ‘win-win’ scenario.

We doctors need to be better at recognising the issue, as well as getting in the faces of our overlords with the need to fix this early in the life of the child.”

The report recognises that mental health and addiction disorders are strongly associated with incarceration and that that these conditions are more prevalent in Indigenous Australians than in the general population.

“Various bits of epidemiological data conservatively estimate the mental health burden among Indigenous Australians is three times worse than the broader community, but access to mental health care is very poor. Many of the circumstances leading to incarceration are heavily linked to substance abuse, particularly alcohol. It is clear that, as often is the case in the general population, substance abuse in Indigenous Australians is a poorly targeted attempt to self medicate. We need better access, and early intervention.”

4. Providing better health care in prison and beyond.

Every week seems to bring a spectacular new example of failures in the prison health services. There are many ways in which the way we treat prisoners in Australia is a threat to their long term health, a topic that is canvassed here and will be explored more fully in a forthcoming essay.

Louis Peachey notes that, in his experience, many of the of the Corrections Officers tasked with caring for prisoners are good people, working in a system that is broken.

“Prisoners have the right to equivalent care – access to comprehensive primary care – as the rest of the community. Given 80 percent Aboriginal and Torres Strait Islander people currently in prison have been there before, and incarceration has been shown to worsen health and its determinants, we need coordinated, planned support in transition to community living, and post-release to prevent reincarceration”

5. Getting behind cultural safety

If we want to see Aboriginal and Torres Strait Islander people accessing the prevention, management and the safest possible care that will make them less vulnerable to incarceration, implementing cultural safety strategies is something all practitioners and health services can do.

For an inspiring example of how this can transform health care and outcomes, look no further than the story of Inala Health service in Brisbane.

More than 20 years ago, Queensland GP, Noel Hayman and colleagues wondered why their mainstream practice, situated in an area where eight percent of the population was Indigenous, had few registered Aboriginal and Torres Strait Islander patients.

The practice implemented some simple strategies already proven to work in the community controlled sector – more Indigenous staff, artwork and Aboriginal radio in the waiting room, cultural awareness training, and promotion of their services in the community – and the patients came.

This enabled them to provide preventive care, and manage identified issues in both adults and children who might otherwise not have accessed care.

Recent media attacks on cultural safety in health care are a nonsense, and will not be repeated here.

Megan Williams says it is vital that those involved in the justice system – from prison workers to policy makers – undergo cultural safety training and work in partnership with Aboriginal and Torres Strait Islander health services. Strategic workforce development programs are required, with quality evaluation in place.

6. Reaching out and speaking out

The Pathways to Justice report repeatedly emphasises the importance of working in partnership with, and under the leadership of, Aboriginal and Torres Strait Islander organisations and people in implementing its recommendations.

This is something that requires advocacy from the health professions – whether it be finding out about and supporting local initiatives or supporting the advocacy of Aboriginal and Torres Strait Islander groups who are calling for government and community support.

In the words of Dr Louis Peachey:

“For years I have heard so many of my colleagues boast about how influential our profession is. I also believe this to be true, so isn’t it about time we took this influence out for a bit of a road test, and just see how much good we could actually do.”

PrevPreviousIt’s our first Pop Up Workshop! All about communications, social media & advocacy
NextNew report: a damning indictment of health system’s failure to care for womenNext