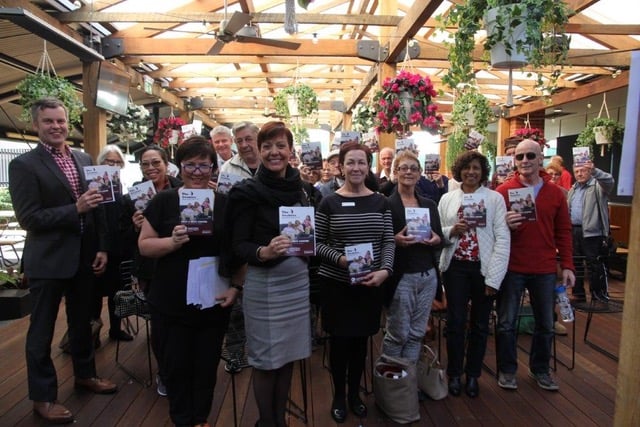 Over 100 people, including 25 survivors of head & neck cancer attended the launch of the new Patient Book at the Liverpool Hospital. Photo supplied 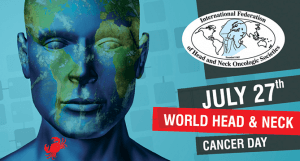 A Patient Book with the largest collection of patient stories of diagnosis, treatment & survival from head and neck cancers ever published in Australia was launched last week, marking World Head and Neck Cancer Day on 27 July.

In the post below, co-editor Julie McCrossin outlines the challenges and risks involved for patients and health professionals and urges a national education campaign about the incidence and symptoms of head and neck cancer, particularly amid growing concerns about the number being caused by the HPV virus.

McCrossin, a former ABC broadcaster, is a journalist who also works as a facilitator at many health conferences and workshops across Australia, and is a head and neck cancer survivor.

You can read more about her experience with cancer here and listen to a Radio National interview with her on World Head and Neck Cancer Day here. Follow her on Twitter at @JulieMcCrossin and more news via the hashtag #WhNCDay2017

An online version of the book is available at https://www.yumpu.com/en/document/view/59181006/the-swallows-australian-edition-magazine.

There is a new epidemic building world-wide that has received surprisingly little attention. It is a significant increase in the number of head and neck cancers caused by the HPV virus (human papilloma virus). And the numbers are expected to keep rising.

HPV is sexually transmitted and is associated with cancers in the cervix, anus, penis and  head and neck, especially in the tonsils, back of the tongue and throat.

About 80 per cent of the population have HPV in their system at some time. Usually the immune system does its job and throws it off. However, for some, it causes changes in the DNA that take a long time to manifest as cancer.

Nearly 5,000 Australians are diagnosed with head and neck cancer each year. Alcohol and tobacco are the other key causes, especially tobacco.

Australian boys and girls now receive the HPV vaccine at 11 or 12 as it is most effective before a person is sexually active. This vaccine will reduce HPV cancers very significantly. However the population in their late 20s and above are not protected by the vaccine. Hence the expected increase in HPV cancers.

Actor Michael Douglas was diagnosed with HPV-related head and neck cancer. This is one of the few times it has received public attention. A distressed Catherine Zeta-Jones has spoken publicly about her shock and fear. Bill Clinton has also helped raise awareness, along with Douglas, by promoting World Head and Neck Cancer Day.

There is an urgent need for a national education campaign about the incidence and symptoms of head and neck cancer. Both the public and GPs need to learn more about HPV because the sooner you are referred to an ear nose and throat (ENT) doctor the better.

A book filled with patient stories

The treatments for head and neck cancer are challenging. While survival rates have improved greatly in recent years, many survivors have significant long-term problems with swallowing, speaking and their teeth. So a new book full of patient stories is a major event. It complements the Cancer Council booklet, Understanding Head and Neck Cancer.

On World Head and Neck Cancer Day on 27 July 2017, over 400 people attended Patient Book launches in Brisbane and at three hospitals in Sydney – Royal Prince Alfred Hospital in Camperdown, Liverpool Hospital in south west Sydney and the Kinghorn Cancer Centre on the St Vincent’s Campus in Darlinghurst.

The crowds that gathered were a mix of head and neck cancer patients, their families and the cluster of clinicians that make up the multidisciplinary teams that are essential for survival from this tough group of cancers: surgeons, radiation oncologists and therapists, medical oncologists, nurses, dieticians, speech pathologists, medical physicists and psychologists.

The new Patient Book is the largest collection of patient stories of diagnosis, treatment & survival from Head and Neck Cancers ever published in Australia. It also includes practical articles with tips for survival from leading clinicians from across Australia. The 68 page book is available free in a printed and digital format.

It is an Australian edition of a similar book published last year by the UK charity The Swallows Group. This group won an award from the Queen this year for its volunteer work. Three head and neck cancer survivors co-edited the Australian book: Chris Curtis from The Swallows, Marty Doyle from Head And Neck Cancer Support Australia, based in Brisbane, and Julie McCrossin in Sydney.

Head and neck cancer can have a devastating impact on the lives of those affected, including partners and family members who often become long-term carers to enable the person to survive. The more people in the health community who understand the symptoms and treatment the better.

Here is a link to an e-version and the Beyond Five website provides evidence-based information.

Julie McCrossin is a head & neck cancer Survivor. A former ABC broadcaster and journalist, McCrossin is an Ambassador for the Radiation Oncology Targeting Cancer campaign and TROG (Trans Tasman Radiation Oncology Group) Cancer Research. These organisations consist of Australia and New Zealand-wide networks of cancer clinicians and researchers who work to raise awareness about safe, effective, modern radiation and to conduct education and research to improve results for patients.

Photos from the launches

Thanks to Julie McCrossin for supplying the images 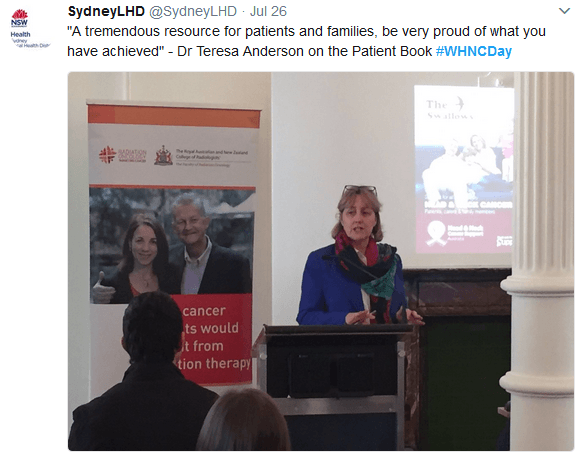 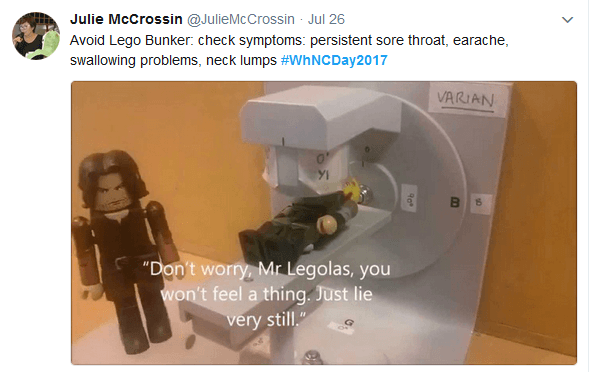 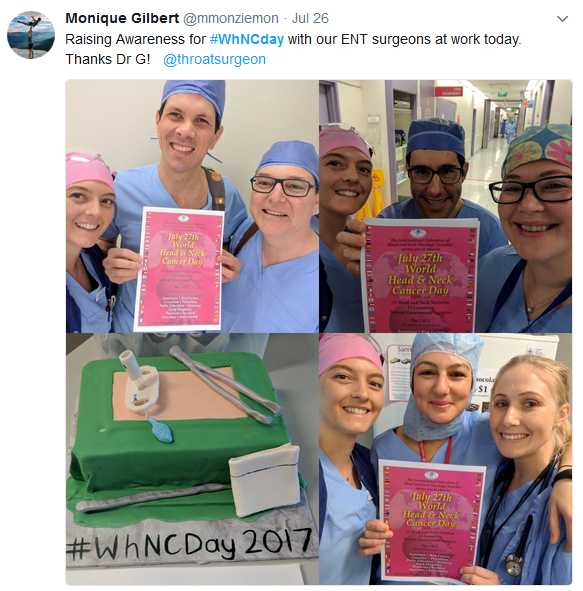 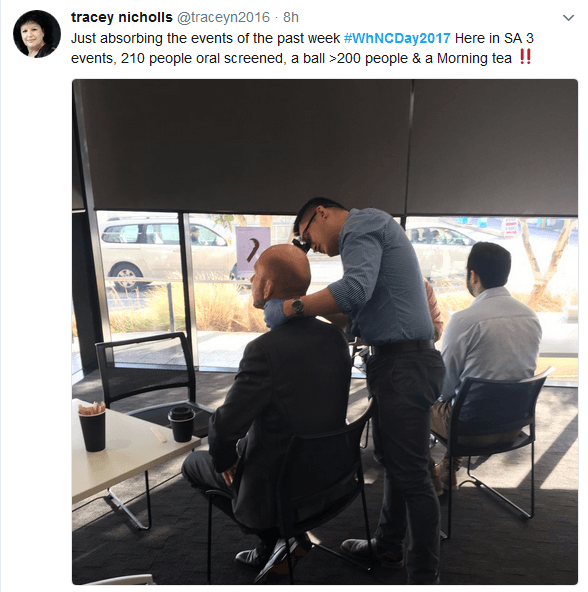