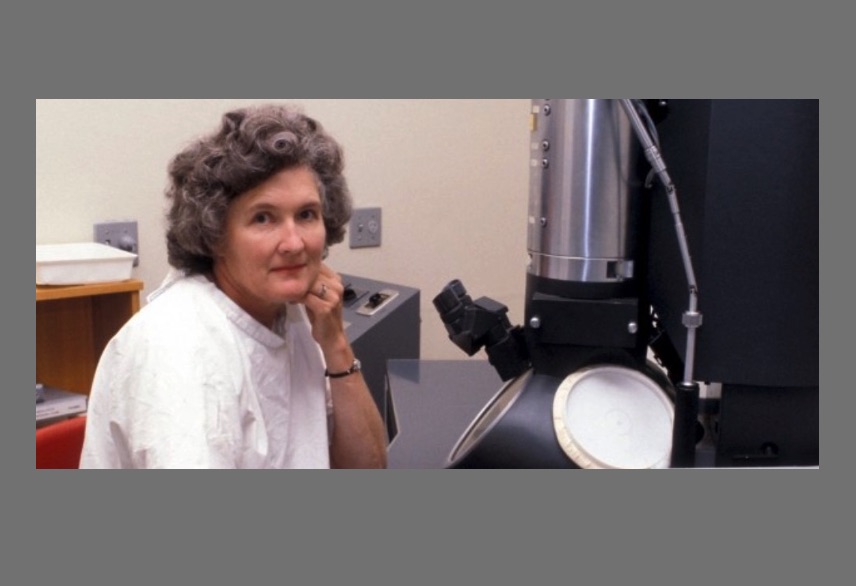 Tributes have flowed for a renowned Australian scientist, Professor Ruth Bishop, who passed away earlier this month. Her research had a massive impact globally upon children’s health.

The article below is cross-posted with permission from the Murdoch Children’s Research Institute in Melbourne.

It is with great sadness that we advise that Professor Ruth Bishop passed away on 12 May, aged 89.

Professor Ruth Bishop AC was an eminent Melbourne Children’s scientist and microbiologist who devoted her career to improving child health. Her most significant discovery was the 1973 identification of rotavirus, the major cause of gastroenteritis in infants and children.

This discovery, and the legacy of rotavirus vaccination, has directly resulted in thousands of children’s lives being saved around the world, especially in low-income countries.

She and Dr Rudge Townley initiated research to understand the causes of childhood gastroenteritis. These studies, which included using the emerging technology of electron microscopy at the University of Melbourne, led to the discovery of rotavirus.

Within the research program, Bishop co-supervised and mentored several paediatric gastroenterologists who went on to make major clinical and research contributions in their own right.

The lead up to the discovery of rotavirus was classic collaborative science, using the new technique of intestinal biopsy expertly modified by Rudge Townley, and the expertise of virologist, Dr Ian Holmes at the University of Melbourne.

Bishop subsequently pursued the goal of preventing this serious infection which kills half a million children each year worldwide. Careful epidemiological studies within Australia, and globally via the World Health Organization (WHO) Collaboration Centre for Child Health co-directed by Bishop, greatly informed the international development of rotavirus vaccines.

Oral rotavirus vaccines were introduced into the routine immunisation schedule for all Australian children from July 2007 and have been licensed in more than 110 countries.

Prior to the introduction of rotavirus vaccines in Australia, more than 10,000 children were admitted to the hospital every year with rotavirus gastroenteritis. Thanks to Bishop’s pioneering research, the gastroenteritis ward at The Royal Children’s Hospital was able to be closed down.

However, half of the children around the world still do not receive a rotavirus vaccine, with most living in countries with the highest child mortality.

Bishop’s research group at the Murdoch Children’s Research Institute developed the oral RV3 vaccine, which can be administered soon after birth, unlike existing rotavirus vaccines. This is a time when mothers are likely to be in contact with healthcare providers. This timing and access are especially important in protecting children in resource-poor settings.

With ongoing development and assessment under the leadership of Professor Julie Bines, the RV3 vaccine aims to save many more lives.

Bishop’s eminent work in rotavirus made her an international icon in the field of diarrhoeal diseases in children. She was a member of, and chaired, several WHO committees. She was cited as being a major influence on Bill and Melinda Gates in their establishment of their global health foundation.

The list of national and international honours bestowed upon Bishop was long, including the University of Melbourne Selwyn-Smith Prize for Clinical Research (1978), the Clunies Ross National Science and Technology Award (1998) and the Children’s Vaccine Initiative Award (WHO Geneva 1998). She received The Royal Children’s Hospital Gold Medal in 1994 and the AO in 1996. In 2013, Ruth became the first woman to be awarded the Florey Medal and in 2019, she was named in the Companion of the Order of Australia.

There have been few Australian scientists or clinicians who have had such an impact on child health worldwide. The Melbourne Children’s Campus has lost a truly great scientist who leaves a wonderful legacy for each of our partner institutions. 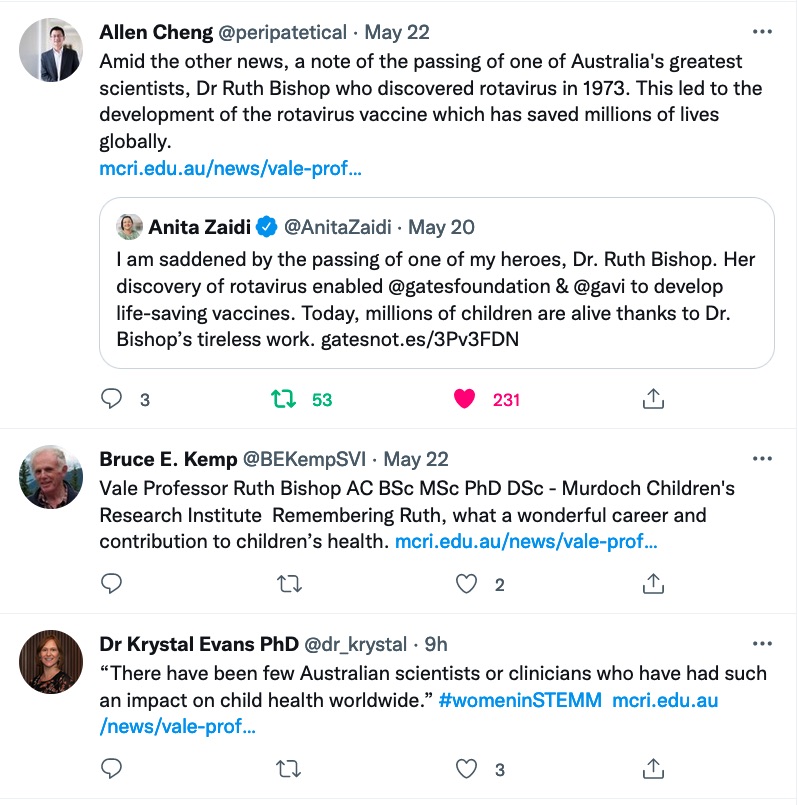 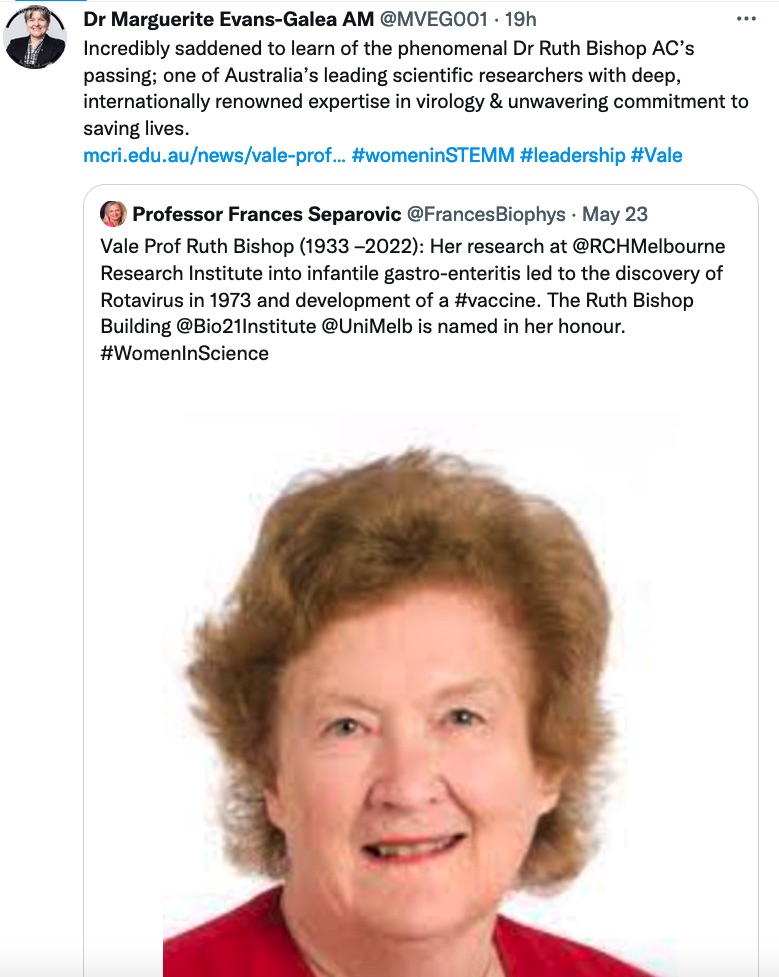 See Croakey’s archive of stories on health and medical research

PrevPreviousAlbanese Government urged to seize the opportunity for meaningful health reform
NextAttention managers: if you expect First Nations staff to do all your ‘Indigenous stuff’, this isn’t support – it’s racismNext