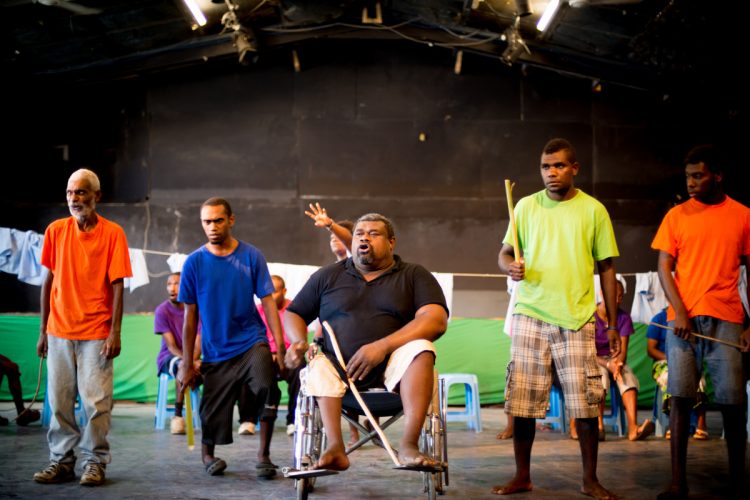 People first vs identity first: a discussion about language and disability

In Australia we are used to using ‘people first’ language (‘a person with autism’), to identify people with disabilities.  However, in other places, such as the UK, ‘identify first’ terminology (an ‘autistic person’) is preferred.  Both types of language have been suggested and are supported by communities within the disability sector and there are strong feelings about which is more appropriate and reflective of the views of people with direct experience of disability.

In the following piece journalist, university lecturer, PhD student and father of a son with cerebral palsy, Shawn Burns writes from an academic, professional and personal perspective. He outlines the philosophical basis for different choices about disability language, highlights some of the main voices in the current debate and provides a nuanced picture of the dynamic relationship between those who shape public discourse and those who are the subjects of this discourse.

A call to put the word ‘disability’ “front and centre” has, unintentionally, fuelled debate about ‘people-first’ versus ‘identity-first’ language. The disability activist Lawrence Carter-Long recently unveiled ‘Disability. #SayTheWord’ with a Facebook post-come-campaign launch.

Carter-Long was writing in the wake of President Obama’s State of the Union address, where there was no reference to ‘disabled’. He challenged his Friends and Followers: “It’s 2016. “Disabled.” Go ahead. Say the word. It’s way past time to dump the silly euphemisms and not be shy about getting good and righteously pissed off about being omitted … Put disability front and center. Consciously. Intentionally. Often. “Disabled.” It’s okay. Simply #SayTheWord. Sing it. Own it. Please.”

It was a call to action. It was about, as Carter-Long wrote in a follow-up post: “The President shouldn’t be afraid to say ‘disabled’. Inclusion shouldn’t be an afterthought either. He and every other elected official should feel like we’re a constituency that they are going to have to reckon with. Businesses too. Schools as well. The movies we watch and the TV shows that are supposedly about “us” too.”

The initial post drew many supporters, but took an unexpected turn when some comments interpreted Carter-Long’s challenge as a question of ‘people-first’ versus ‘identity-first’ language.

Time to move on from ‘people-first’ language?

One reply stated: “I may be part of the minority, but I don’t want my son labeled as ‘disabled’ – he’s human, he’s male, he’s an adult, he’s unable to walk without assistance, he’s dealing with brain injuries, he’s funny, he’s loving, he’s compassionate – but he’s not ‘disabled’. He’s a person living with disabilities.”

Another wrote: I think I agree with (above). I am a complete, complex human. Part of that complexity, part of what makes me whole, is that I live with a disability. I prefer “person first.”

Carter-Long responded: “Language – along with understanding and evolution – marches on. What seemed progressive decades ago can be regressive now which is, I reckon, as it should be.”

Another wrote: “I will never understand the idea that being disabled is negative. I am autistic. I am disabled. This is my reality. To say that I need to call myself a person with a disability automatically puts the disability on a lower footing.”

The social model of disability

Advocates of ‘people-first’ and those in favour of ‘identity-first’ both claim foundation in the social model of disability. The social model, in short, says people with physical or developmental impairments are ‘disabled’ by a society that does not recognised them and what it takes for them to be included as productive, active and valued members of the community. The common stance unintentionally muddies the water for those tasked with fair and accurate representation of people and issues – like journalists.

As a journalism lecturer, I include lessons and discussions on the way disability is presented in news media. One of the discussions with my students is about the use of ‘people-first’ language. Developed in the early 1970s, it has a long history, and, essentially, it seeks to draw attention to the person ahead of the disability. It encourages a ‘see the person, not the disability’ approach.

Governments across Australia and the globe, along with NGOs, have established media guidelines on disability, and the use of ‘people-first’ language is a staple instruction for many. Australia’s peak disability advocacy organisation is People With Disability Australia (PWDA). The PWDA web site includes a section on terminology, where it states preference for people-first language.

PWDA is far from alone in its use and encouragement of people-first language. Kathie Snow, for example writes: “People First Language puts the person before the disability, and describes what a person has, not who a person is. Are you myopic or do you wear glasses? Are you cancerous or do you have cancer? Is a person ‘handicapped/disabled’ or does she have a disability?”

The United Kingdom has long preferred the use of ‘disabled people’ over ‘people with disability’ and it has the media guidelines to match. Likewise, the Deaf and autistic communities have adopted identity-first language.

Autism Mythbuster’s Jim Sinclair wrote in 1999 about “Why I dislike people-first language”. He declared: “I am not a ‘person with autism’. I am an autistic person.”

Sinclair narrowed his opposition to people-first language to three points:

1) Saying ‘person with autism’ suggests that the autism can be separated from the person. It cannot.

2) Saying ‘person with autism’ suggests that even if autism is part of a person, it isn’t a very important part.

3) Saying ‘person with autism’ suggests that autism is something bad – so bad that it isn’t even consistent with being a person.”

The need for variety and sensitivity

Haller pointed to the ongoing debate about people-first versus identity-first language and urged journalists to “carefully traverse a variety of disability terminology”, and concluded: “The one thing that both sides of the terminology discussion agree on is that language about disability is important, so journalists must clearly understand language preferences when reporting on disability issues.”

I don’t have a disability, but my son has cerebral palsy. I’m a PhD student, I write about the way disability is represented in Australian news media, including a recent article on disability representation in media coverage of the Americans With Disabilities Act and the National Disability Insurance Scheme.

Nothing about us without us

One of the first disability-focused books I read was James Charleton’s Nothing About Us Without Us!, published in 1998. Its message was to ensure decisions that affect a group must be reached by full and direct participation of members of that group. If follows, that journalists and journalism educators should ask ‘people with disability’ or ‘disabled people’ the language they believe best represents them. Positively, discussions with and formal feedback from my students has revealed they are willing participants in the discussion, and are proving to be proponents of change in workplaces in and outside journalism.

For Carter-Long’s part, ‘Disability. #SayTheWord’ goes beyond the people-first debate.

“Person first. Person last. Doesn’t much matter. What we’ve got to do is make sure the words ‘disabled’ and ‘disability’ – and the people they identify – are in the mix. Somewhere? Anywhere??? No. Every-freaking-where! Nothing without us. Period. You dig it?” he posted.