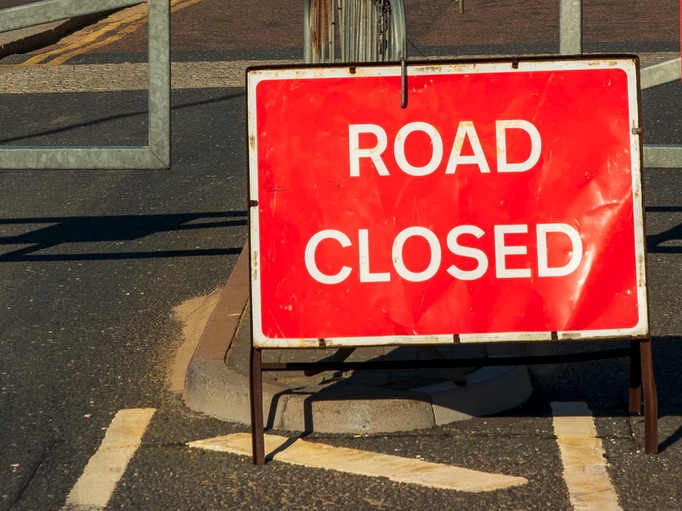 What is stopping philanthropic support? Detail of photo by Nick Fewings on Unsplash

Introduction by Croakey: Philanthropy is having a growing impact on supporting journalism in Australia and is credited with helping save the national newswire, Australian Associated Press, from closing in 2020 and funding in-depth reporting by leading mastheads such as The Guardian and The Conversation.

But unlike the United States, where philanthropy is well-entrenched across many industries, including the media, government regulation in Australia is constraining the development of philanthropic support for public interest journalism.

Journalist Linda Doherty reports below on new research from the Public Interest Journalism Initiative released this week, and a Walkley Foundation webinar that today examined where to next for philanthropy and the media.

These are important topics given the significance of public interest journalism as a determinant of health, especially in a pandemic that is being fuelled by misinformation and disinformation.

Taxation and charity laws are regulatory roadblocks to greater philanthropic investment in public interest journalism in Australia, threatening the current and future provision of local news for local communities, according to new research.

In a rapidly changing media landscape – with 200 news outlets, mainly in rural and regional Australia, closing during the COVID-19 pandemic – a new report by the Public Interest Journalism Initiative (PIJI) has found there is a small but growing market of philanthropists supporting public interest journalism.

However, funding growth is limited by government regulations.

“There was consensus that current charity and taxation laws make it very difficult for news media providers to achieve deductible gift recipient (DGR) status, without which the ability to access philanthropic funding is limited,” said the report, ‘Understanding the role that philanthropy can pay in public interest journalism‘.

“Addressing current regulatory constraints is a key to unlocking funding. Making it easier for not-for-profit news providers to access tax deductible status was identified as a key step in unlocking mechanical barriers to philanthropic funding.”

The CEO of The Conversation, Lisa Watts, today told a Walkley Foundation webinar, ‘Why philanthropy is backing local journalism’, that tax concessions were needed to encourage more investment.

“Speaking more broadly about the whole industry, a more attractive taxation setting for media would assist… Being able to operate with tax deductibility for public interest journalism is important and having an easier pathway to do that would make a difference for a lot of media,” she said.

“We’ve been fortunate to have DGR status in place, which probably hasn’t made the biggest difference to individual small donors…but there are certainly larger institutional philanthropic contributors who need the DGR tax settings to be able to give the money out.”

The PIJI said having DGR status was not a guarantee that a news organisation would receive philanthropic dollars but noted that “those that have received donations have had DGR status; those without it have not”.

Watts said The Conversation’s business model was underpinned by philanthropic funding, ranging from large organisations such as the Paul Ramsay Foundation to individual readers who became donors. Annual fees paid by Australian universities account for 35 per cent of the funding stream.

Spreading the word about the “big impact on policy settings” of news funded by philanthropy was important to raise awareness about how such funding could bring depth and insight to local and international issues, Watts said. A recent example was a grant from the Paul Ramsay Foundation for The Conversation’s editors to work with academics and researchers on articles about natural disasters and transformative resilience.

Dan Stinton, managing director of Guardian Australia, told the webinar that philanthropists had allowed the masthead to expand its reporting on Indigenous affairs, climate change and the environment, culture and the arts by paying for specialist reporters and specific projects.

But when Guardian Australia established the Guardian Civic Journalism Trust with Melbourne University in 2018, the notion of funding public interest journalism was “a foreign concept”, he said.

The trust funds journalism projects that advance public discussion and citizen participation in the environment, Indigenous affairs, human rights, inequality and governance and accountability. It runs projects with The Balnaves Foundation, The Susan McKinnon Foundation, The Limb Family Foundation, the Judith Nielson Institute and others.

In June the Vincent Fairfax Family Foundation announced it would provide $1.3 million over three years for The Guardian to develop a freelance journalist network in rural and regional areas, and for the Centre for Media Transition at the University of Technology Sydney to research post-philanthropic business models that could sustain commercial news companies in rural and regional Australia.

AAP has since used philanthropic grants to fund news desks with dedicated journalists to cover the arts, agriculture, the environment and refugees. A co-funder of the agriculture desk, former journalist and holistic management farmer Rebecca Gorman told the webinar her motivation was to see better reporting on agricultural issues, including the impact of climate change, instead of “the old memes” that did not reflect “what is happening on the ground” at the grassroots level.

In the United States philanthropists receive tax and financial incentives to support public interest journalism and have a long association funding social journalism about education, health research and poverty reduction, in particular.

Elizabeth Green, co-founder of The American Journalism Project, said her organisation “creates a community” to bring together venture philanthropist capital dedicated to building up and expanding local news.

The PIJI report found that the development of a dedicated intermediary entity – not attached to government and overseen by a well-credentialled board – was “strongly preferred to a government-based or coordinated fund, such as the Public Interest News Gathering (PING) Trust being considered by the Australian Government”.

Philanthropic funding in Australia was in three broad categories, the report said. There were donors who recognised the public ‘good’ of public interest journalism; those who wanted to support a cause or issue; and others who funded local news production as a form of community infrastructure. Philanthropists would fund regional and rural news organisations, or provide equipment, to ensure there were “local trusted news sources” so communities had reliable information in the event of natural disasters and public health emergencies.

Rebecca Gorman, AAP agriculture desk funder, told the webinar “more than ever in this COVID environment we need our local connections”, neighbourhood links and “unhysterical reportage”.

David Bornstein, founder of The Solutions Journalism Network, told the webinar he had worked with more than 500 American news organisations in the past five years, and the public overwhelmingly wanted information and solutions to “how do we become the community we want to become?”

The power of local news was built on relational trust and could play a more important role in the democracy of communities than digital tech giants like Google and Facebook despite their massive reach.

In the US today, he said there was “a huge breakdown in trust” which meant important health messages like convincing people to have COVID-19 vaccinations were falling on deaf ears. “You just can’t get anything done,” he said.

The latest entrant to the Australian media landscape, PS Media, will start pilots of its collaborative model for local news in October in ‘news deserts’ in the regions, cities and urban fringes, following the closure of 100 news outlets before the pandemic and 200 more in the past 18 months.

PS Media co-founder Simon Crerar said the free digital platform would be community-owned through an annual share subscription of $125 for four years, as well as funding from philanthropic donors to address the lack of media diversity and concentration of media ownership in Australia.

Crerar, the founding editor and former general manager of Buzzfeed Australia, said “scores of LGAs [local government areas]” had no local reporters and “there’s been a huge loss of local titles, particularly with the pandemic”.

The PIJI research echoes this sentiment:

There is a very real and urgent sense that there is a larger role for philanthropy to play in protecting quality public interest journalism, particularly in under-serviced regional markets, and in ensuring that underrepresented voices are heard.”

See Croakey’s archive of stories about public interest journalism as a determinant of health.