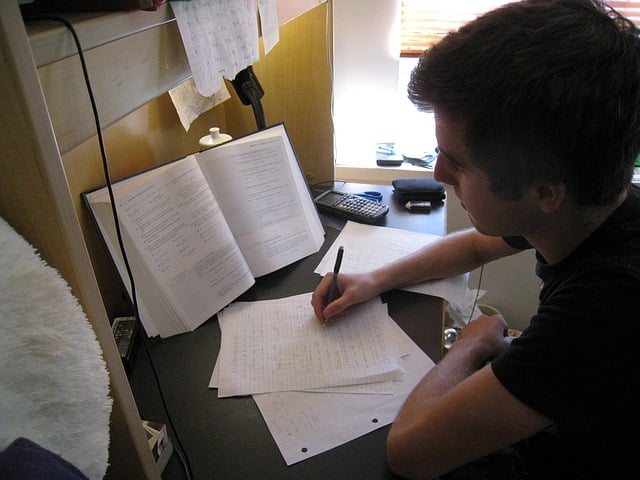 (Introduction by Croakey editor Jennifer Doggett) Anyone who has ever studied hard for a tough exam must have felt for the 1200 junior doctors whose attempts to sit their final physicians’ exams were stymied by problems relating to the computer testing system.

The Royal Australasian College of Physicians has issued a number of statements about the exam, including apologising for the shut-down, committing to refunding the cost of the exam and rescheduling it for another date.  The company contracted to administer the tests – Pearson Vue – has taken responsibility for the computing error that caused the exam to be shut down, stating that this was due to ‘human error’.

While (hopefully) the problems with the exam are a one-off, the event has fuelled the ongoing debate about the pressure junior doctors are under and the ethics of a system which requires trainees to work long and irregular hours while also having to study and where so much rests on the outcome of a single testing event.

The mental health impact of this system has been discussed elsewhere and linked to the tragic suicide of a number of junior doctors in recent years.

Perhaps the extreme distress experienced by the exam candidates could be see more as symptom of an out-dated and unnecessarily stressful training and assessment process which places young doctors at risk of mental and physical health problems.

Anne Cahill Lambert offers a different perspective (below) arguing that the reactions of the candidates may have been extreme, given other hardships faced by those in the health system and the wider community.

I read about the monumental computer glitch that caused the cancellation of the basic training written examination of the College of Physicians.  The short summary is that the glitch locked some candidates out of the paper.  The exam was abandoned by the College after about five hours, meaning that all candidates will need to re-sit the exam.

The RACP is investigating the problems, some of which had been identified before the examination commenced.  It costs candidates some $1,800 to sit the examination – a fee that is on a par with other specialty colleges.  Candidates have been told they will not need to pay a further fee to re-sit the examination which is scheduled for early March.  Most jurisdictions have intervened to provide a level of support for distressed candidates.

Candidates, who are generally registrars, have spoken of their distress and confusion.  As with other specialty colleges, they sacrifice quite a bit to undertake this examination – family time, holidays, etc., while juggling a full time career and study.

In one report, candidates were “crying, distressed and struggling to come to terms with the fact that what was meant to be an evening of relief was one of more anxiety and uncertainty” (ABC on line 20/2).

While not wanting to make light the impact of this glitch on candidates, their families and their work colleagues, I cannot help but think about others who are in a much more serious position than these candidates.  My measure of tragedy, disaster and indeed distress is whether or not anyone died.

Yes, there is a rate of suicide amongst candidates as there is for school students, medical students and indeed students more generally who are juggling  jobs (usually not in their field of expertise) with study and university attendance.

I started to think about people, for example, awaiting a transplant.  I can speak from experience of my three years on a waiting list.  It was really distressing at the end of each week not to have received a call:  my son was young, I was getting sicker, and it was highly stressful.  There were no support services in place for my family or for me:  I was a patient from regional Australia and just got on with life as best I could.

I read this week about people who had been on a neurosurgical waiting list for around three years who were told recently that they were just too ill to receive the surgery and will inevitably die.  That is tragic and distressing.

I continue to read about Australia’s treatment of refugees offshore.  This is a monumental tragedy that is distressing for all; except, apparently, for the relevant minister.

And the robodebts being generated by the Department of Human Services/Centrelink continue to cause enormous distress to Australians with no end in sight.  There are no support services, or even enough people answering the phone, to help these people.

I don’t want to be unfair to the candidates; but if they decide never to do the exam again because it is so stressful, they have plenty of options.  They are already doctors.  They have generally worked for at least three years in the hospital setting and earned an average of over $100,000.

I’m not saying that these very worthy people should just “man up”.  I’m saying that the response ought to be comparable to the issue.  These are bright people who should be able to persuade the RACP of the error of their ways.

What I am also saying is that there are many, many people – including in the health system – who are in a considerably worse position than these candidates can imagine.  We need these candidates, who are doctors, to contribute meaningfully to our health system.  They need to build resilience in their armour if they are to help improve or save lives.

This episode is really a test for would be physicians as to how they handle stress, which they will face in almost every shift they work.

Fingers crossed that every single candidate passes when the exam is retaken in early March and that they are able to contribute to a safe and high quality health system.

And finally, the RACP’s risk assessment has failed abysmally insofar as they didn’t have Plan B ready to roll.  From the bleachers, Plan B seemed quite simple to me:  revert to a written exam.

Anne Cahill Lambert, AM, has worked and volunteered in the health system for nearly forty years.  She has a particular focus on ensuring that the voice of consumers is heard.  She’s on twitter @ACLambert

PrevPreviousDiagnosis versus care: What do we need to know to advance health systems of today and the future?
NextPlanning some #CroakeyFutures – looking ahead to 2025 and beyondNext