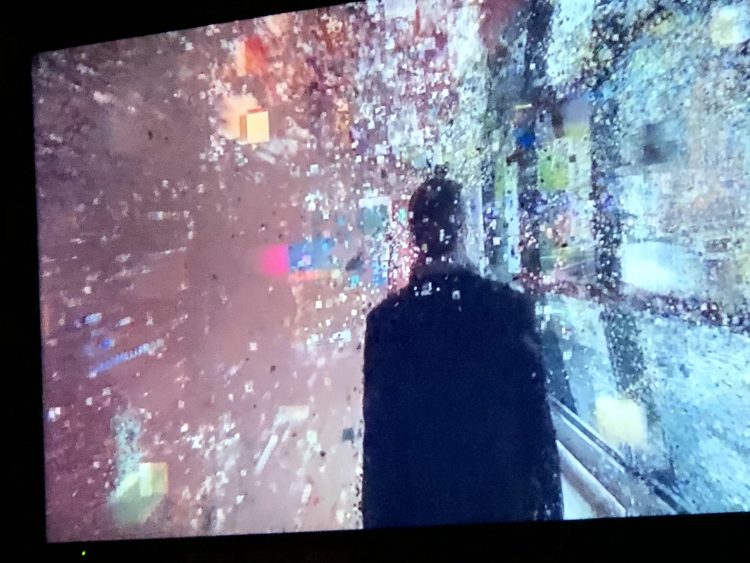 Digital surveillance is a threat to public health in many ways, and the United States ruling against abortion rights is a powerful reminder of an urgent need for legislative reform to better protect the community, according to Uri Gal, Professor in Business Information Systems at the University of Sydney.

The reversal of Roe v. Wade by the American Supreme court last week is a watershed moment in American politics. The ruling withdraws constitutional protections for abortion rights and sends the issue to the states, around half of which are expected to ban abortions.

Unlike the last time abortion was illegal in the United States, almost half a century ago, we now live in an era of pervasive digital surveillance enabled by the internet and mobile phones. Digital data may well be used to identify, track, and incriminate women who seek abortion.

Over the past 20 years or so, large tech companies, mobile app operators, data brokers, and online ad companies have built a comprehensive system to collect, analyse, and share huge amounts of data. Companies can follow our every movement, profile our behaviour, and snoop on our emotions.

Until now, this system has mostly been used to sell us things. But following last week’s ruling, many are concerned that personal data could be used to surveil pregnancies, shared with law enforcement agencies, or sold to vigilantes.

There are various sources of data that could be used to identify, track, and prosecute women who are suspected of seeking an abortion.

Read more: The ugly truth: tech companies are tracking and misusing our data, and there’s little we can do

What’s more, many mobile apps track your location and share it with data brokers. The brokers then sell the data on to a myriad of unknown third parties, including law enforcement agencies. This happens even when people have opted out of location data collection.

The same technology could be used to track women’s movements, and report when they went near an abortion facility or travelled to a different state where abortions are legal.

Social media activity, and data collected by social media platforms, can also be used to infer whether someone may be pregnant or is interested in getting an abortion.

A recent investigation showed hundreds of “crisis pregnancy centres” – quasi-healthcare clinics that aim to dissuade women from having abortions – around the US shared website visitor information with Facebook. In some cases, this revealed people’s names and addresses, as well as whether a woman was considering an abortion.

The investigation also showed anti-abortion organisations were able to get access to some of this information. If abortion is made a crime, this information could be used against women in legal proceedings. 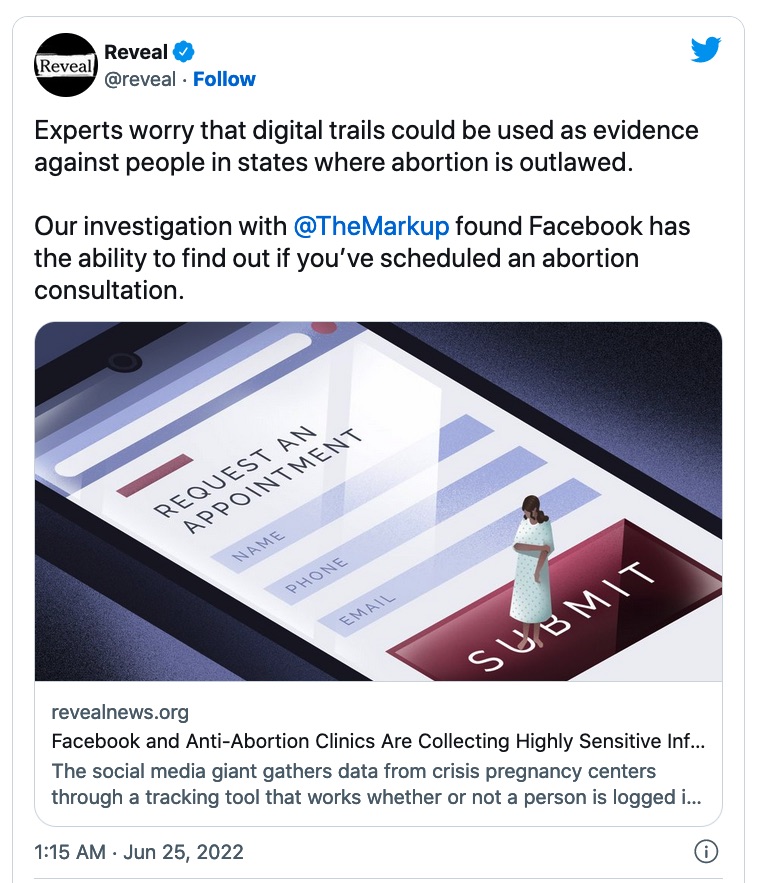 Data from fertility and health apps could also be used to identify and track women who are suspected of seeking abortion. These apps record highly private information including menstruation cycles, sexual activity, and hormonal treatments.

However, many of these apps share unencrypted sensitive information with data brokers and ad companies without users’ knowledge or consent.

With the end of institutional protections for abortions, many worry that data from such applications could be used as evidence against women in legal proceedings.

A unique moment for democracies

Following last week’s ruling, there have been calls for women to delete fertility and period tracking apps, switch off location tracking on their phones, or even use “burner phones”.

However, such piecemeal individual efforts are likely to be ineffective or impractical. The digital surveillance apparatus is too vast for us to effectively evade it.

Billions of webpages contain trackers that collect detailed data. More than 6.5 billion phones globally can be easily repurposed as sophisticated surveillance tools. It is becoming increasingly difficult to avoid the gaze of cameras whose images can be stored in biometric databases and algorithmically identified and analyzed.

Read more: Facial recognition is on the rise – but the law is lagging a long way behind

What is worse, these data are collected, stored, and traded in ways we don’t understand very well, with only minimal rules and regulations.

Privacy advocates and researchers have been warning us for years of the destructive potential of the digital surveillance apparatus.

Critics have often noted how this system could bolster and embolden totalitarian regimes, such as in China. Surveillance in Western countries, like the US, has been seen as less of a problem because it was focused on commerce.

The overturning of Roe v. Wade is an era-defining moment because of its significance for women’s reproductive rights. It may also define the era in another way: we may see the existing digital surveillance system routinely used to criminalise individual citizens.

Much of the existing legislation is out of step with current technologies and in need of reform, not only in the US but also in Australia.

What would new rules look like? To rein in digital surveillance, they would:

We are on the cusp of an era where digital surveillance is used at scale against ordinary citizens.

Huge changes are required, not only to protect women’s reproductive choice but also to protect everybody’s privacy and freedom from undue surveillance.

Uri Gal is Professor in Business Information Systems at the University of Sydney.

PrevPreviousCOVID-19 wrap: when will it end?
NextAboriginal leadership key to successful management of COVID-19 in the Kimberley regionNext