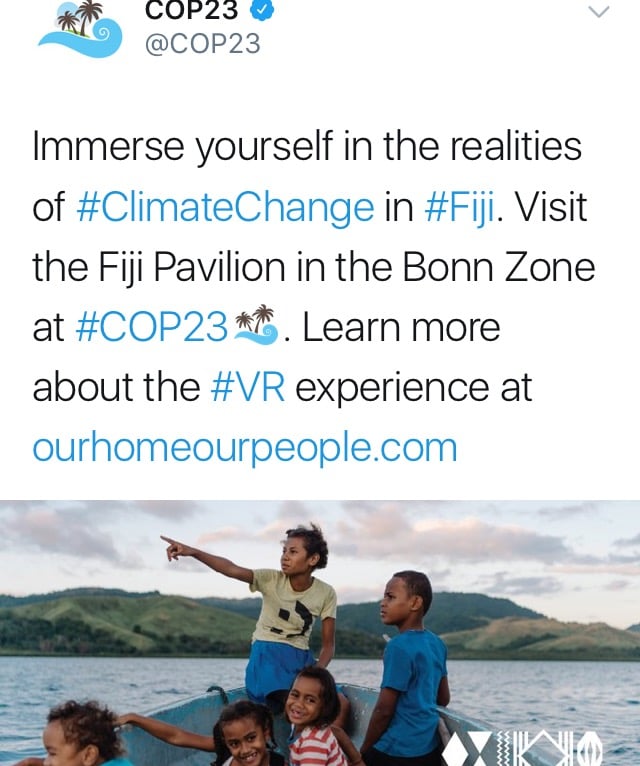 COP23 is not the code-name of an undercover police operative. It’s The 23rd session of the Conference of the Parties (COP 23) to the UN Convention on Climate Change (UNFCCC) which is currently taking place at the headquarters of the UNFCCC Secretariat in Bonn, Germany.

Professor Peter Sainsbury, President of the Climate and Health Alliance (CAHA), is there, learning from, and contributing to the festival of ideas and information-exchange that is swirling around the negotiations.

Below he provides a colourful snapshot of what is on offer, as experts and stakeholders from around the globe discuss what is at stake.

The COP23 UNFCCC climate change meeting, under the Presidency of Fiji but being held in Bonn, Germany, is now into its second week. The first week belonged to the negotiators but we are now expecting increasing numbers of Ministers to appear to nut out the contentious issues that the diplomats were unable to resolve within their remit.

Indeed, Australia’s Minister for the Environment and Energy, Josh Frydenberg, made his first appearance today (Tuesday).

What happens at COP23?

Unlike the Paris meeting in 2015 there will be no major international agreements on climate change emerging from this COP. The purpose of this meeting is to establish the procedures and guidelines by which nations will monitor and report on the implementation of their commitments (their Nationally Determined Contributions) under the Paris Agreement with reliability, comparability, consistency and transparency, after it comes into force in 2021.

As with previous COP meetings there is a wealth of activities going on outside the negotiating rooms – for instance, special interest group meetings, negotiation updates, press conferences, national ‘pavilion’ exhibitions (Australia doesn’t have one), and artistic events. Throughout the day one could choose from any of, say, 20 events to attend, many including contributions from world authorities.

For instance, in the last few days I have heard Mary Robinson, Christiana Figures, Al Gore, Arnold Schwarzenegger, Sharan Burrows (the Australian Secretary-General of the International Trade Union Confederation), Lord Stern, Johan Rockstrom, Kevin Anderson, Dr Tedros (the new Director General of the World Health Organization (WHO), and Patricia Espinosa (the Executive Secretary of the UNFCCC) speak – oh, and not forgetting our own, always impressive Nick Watts (Executive Director of the Lancet Countdown to 2030 project, among other things).

Particularly memorable was The Terminator’s extremely knowledgeable and heart-felt talk about the terrible health effects of climate change and air pollution. He is clearly committed to doing something about it. In twenty minutes I was converted from a scoffer to an admirer.

Last Saturday the WHO and the Global Climate and Health Alliance (of which CAHA is a member) held a one-day conference at the University of Bonn. The morning session focussed on policy issues, while the afternoon took the form of a World Café.

During this, Lynne Madden (President, Australasian Faculty of Public Health Medicine) ran a table on incorporating climate change into the training of health professionals and I ran sessions on the Framework for a National Strategy on Climate, Health and Well-being for Australia. Both attracted extremely interested participants.

While the focus of this COP is very much on developing international agreement on what should be in the ‘rule book’ for the Paris Agreement, it is clear that there are some substantive issues that continue to generate heat. For instance:

At some point, but not this week, these issues will have to be sorted out if we are to avoid climate catastrophe, with all its health consequences.

Finally, what of Donald Trump? Well, his decision to withdraw the USA from the Paris Agreement from 2020 seems to be attracting derision and pity rather than fear or concern. Particularly in view of the strong presence here of state governors, city mayors, the private sector and civil society organisations from the US, all committed to a low carbon USA regardless of the Federal Government’s stance.