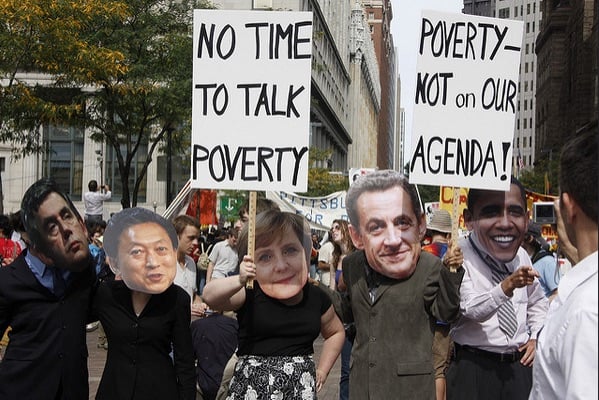 Poverty and inequality: the neglected determinants of obesity?

Since 2009, Croakey has published about 200 articles relating to obesity (in some of these, it may not be the main focus of the article, but the issue is mentioned in some significant way).

A quick search of the most recent 14 articles published in our obesity category, between March 2017 and February 2018, shows that none focus on addressing poverty or social and economic inequalities as a central strategy for preventing or tackling obesity.

More than two-thirds of the articles (10/14) do not mention poverty or related concerns; two of the 14 articles mention issues such as food insecurity or pricing; one reports that lower socioeconomic groups would receive the biggest health benefits from a tax on sugary drinks; and one mentions that disadvantaged groups are most affected by obesity (see Croakey Obesity Coverage).

It is also telling to consider two of the major obesity-related reports covered by Croakey over that period:

• The Tipping the Scales consensus report, which mentions the need to focus on “reach and effectiveness in low income, vulnerable, remote and Indigenous populations”, but doesn’t suggest addressing poverty, and only briefly mentions the specific issues for disadvantaged and lower socioeconomic groups.

• An Australian Institute of Health and Welfare report, Impact of overweight and obesity as a risk factor for chronic conditions, mentions disadvantage and lower socio-economic groups a handful of times, but doesn’t address itself to any deep consideration of poverty, or poverty alleviation.

Yet, at the same time, we have the Australian Council of Social Service (ACOSS) estimating three million people are living in poverty in Australia, including 731,000 children. ACOSS says one in six (17.4 percent) of children under the age of 15 lives in poverty.

You might think that reducing poverty and social and economic inequality would be an obesity strategy worth discussing (and clearly we need to pay more attention to this at Croakey), especially as childhood is seen as an important time for developing healthy eating and activity habits.

Perhaps it’s time to stop medicalising a social problem and to address the underlying social issues? That’s the suggestion from English academic Dr Martin Cohen, in his article below cross-posted from The Conversation.

He stresses the importance of going upstream to address poverty and disadvantage, and to focus on “stressed communities characterised by insecure and erratic employment, inadequate education, stress, depression and a lack of social cohesion”. 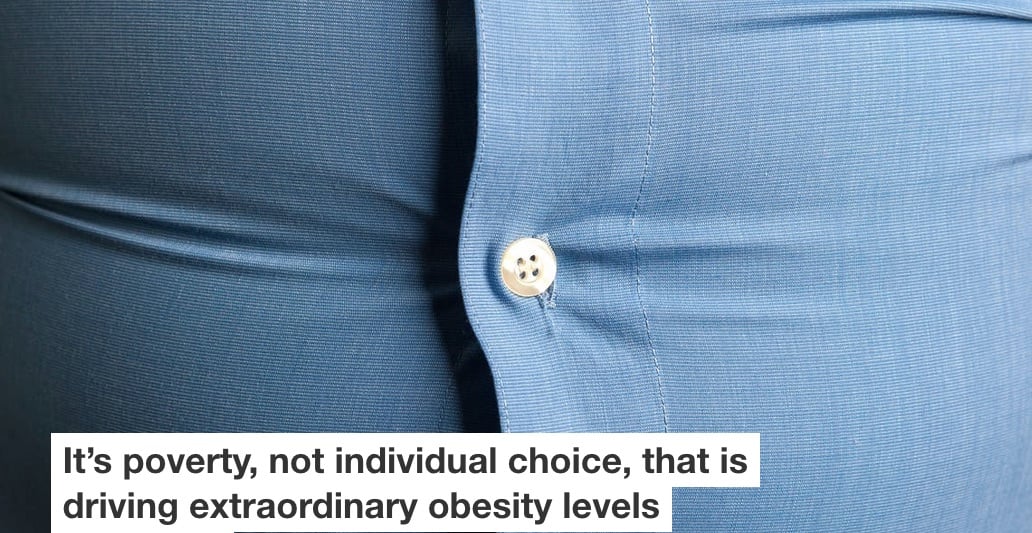 The “obesity epidemic” deserves much more serious attention than it is getting. It is, after all, thought to be killing nearly 3m people a year worldwide. It is putting huge pressure on health services, yet the public policy response in developed countries such as the US and UK is pitiful, largely confined to finger-wagging at children’s sugary treats.

The story that has not been getting out is that there is a clear and extraordinary correlation between obesity and social inequality. Obesity is invariably presented as a diet issue for nutritionists, whereas social inequality is deemed the domain of sociologists and economists. Put another way, even as the inequality gap becomes more and more obvious there’s been a medicalisation of a social problem. Yet obesity is not just a matter for nutritionists: rather, it is a product of social inequality and requires a collective social response.

This failure to face up to the underlying causes of obesity is all the more striking as issues of social inequality and justice are dominating the news agenda. Despite vast increases in total wealth in the world today, the health issue remains a marker for a general political problem about inequality in society, even in the most affluent societies.

The tragedy is that obesity is usually treated as a problem and responsibility of individuals or families – not as a social problem like, say, low-educational achievement or delinquency. And so the solutions are pitched at that individual or family level. 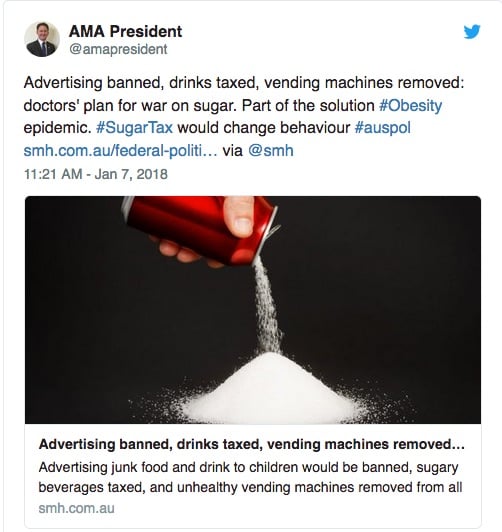 And yet the statistics point remorselessly towards obesity being a symptom with an underlying social cause. That should completely change the approach to dealing with it. But so far, it hasn’t.

The picture in the nation’s second poorest state, New Mexico, is less clear because here it is complicated by another factor: ethnicity. New Mexico has “only” the 33rd highest adult obesity rate – apparently bucking the trend. Yet even in “The Land of Enchantment”, the correlation of wealth and health still leaves its unmistakable fingerprint. Here, the adult obesity rate is 34.4% among black adults, 31.3% among Latino adults and a comparatively sprightly 23.9% among white adults, again reflecting wealth distribution.

Recall that in terms of relative income, a 2017 study found that it would take 228 years for the average black family to reach the same level of wealth that white families have today, while for Latino families, it would take 84 years. Meanwhile, colour correlates to poor health and reduced life expectancy.

Recent studies in England also illustrate this link between obesity and income. As you can see in the interactive graph below (toggle the options to see how they compare), of the ten worst areas in terms of overweight or obese children, half are also in the worst ten for child poverty. England’s most obese council, Brent, is also its ninth poorest, whereas England’s wealthiest council, Richmond, despite being a neighbouring council in London, is one of the sprightliest, with a relatively low rate of obesity. And England’s poorest council? Another London borough, Newham, is also the eighth most affected by childhood obesity.

In its way, these figures are as disgraceful an indictment of social priorities and inequality as the 19th-century mortality levels due to epidemics of rickets or typhoid. And the solutions needed are every bit as collective rather than individual.

Imagine that the Victorians had tried to tackle typhoid by advising everyone to live in the countryside near clean wells, rather than by building sewers and water treatment plants. Today’s response to an epidemic that kills so many people around the world that it has become the fifth leading cause of early death, is just as unrealistic.

In the early years of the 19th century, the industrial towns of the West were characterised by overcrowding, poor housing, bad water and disease. Epidemics, even in the modern cities of New York and London, were – it was assumed – a part of life. The fact that they caused significantly greater suffering in the poorer, slum neighbourhoods only contributed to the blasé responses of city leaders. Epidemics were interpreted as punishments for moral turpitude – in much the same way that today’s illnesses linked to being overweight are. It was only very slowly that such attitudes – deeply rooted in religious notions of individual guilt – gave way to public health measures.

But then this was an era before the mechanisms for the transmission of diseases was understood, indeed in an era before even the idea of germs as tiny, invisible life-forms was fully accepted. And so it seemed only reasonable to middle-class New Yorkers that diseases like cholera would hit working-class neighbourhoods the hardest. It was seen as proof of their moral depravity.

Meanwhile, businesses fought against public sanitation proposals fearing increased costs – in much the same way that the food industry resists or subverts public health initiatives as the investigative journalist, Michael Moss, in particular has detailed. And like today, the business interest was often backed by politicians. The hazards back then were not ambiguous things such as sugary soda drinks or ready meals, but rotting animal carcasses and mountains of refuse. Yet the opposition to change was similar – every improvement had to be fought for.

So what are the factors that push poorer people towards unhealthy eating? Food and health policy expert Martin Caraher has explained that food choices are massively influenced by factors such as income, knowledge and skills. Others have highlighted the fact that eating well invariably involves more food preparation time. Yet such explanations don’t fit many cases, indeed seem dangerously retrospective. What is sure is that you cannot deal with the obesity epidemic by taxing popular snacks, anymore than you could deal with rocketing suicide rates by taxing sales of rope.

The point is that we need to collectively tackle the places where obesity germs breed – in stressed communities characterised by insecure and erratic employment, inadequate education, stress, depression and a lack of social cohesion. That this requires an enormous shift in public priorities is only to be expected – but the consequences of not acting are far worse.

• Dr Martin Cohen is Visiting Research Fellow in Philosophy, University of Hertfordshire, and Editor of The Philosopher. 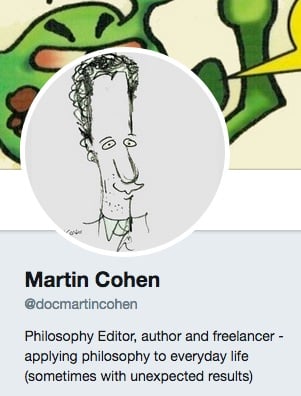