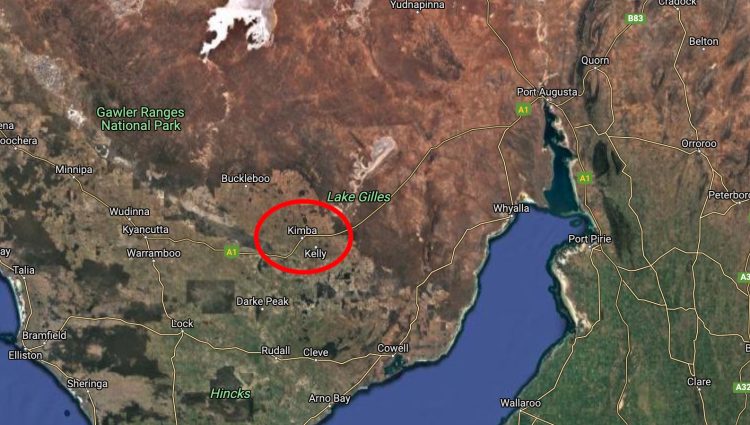 Introduction by Croakey: The conversation about greening the healthcare system is getting louder, with two key events this week – the #GreenHealthForum and #HealthClimateSolutions21 – building momentum on solutions and the way ahead to system-wide change.

Another ongoing and pressing issue for the healthcare sector is the disposal of nuclear waste from Australia’s one and only nuclear reactor – The Australian Nuclear Science and Technology Organisation (ANSTO) at Lucas Heights in Sydney, which produces nuclear medicine isotopes.

The Federal Government’s announcement this week that it will be moving ahead with a site at Kimba on South Australia’s Eyre Peninsula, has again raised issues about the health hazards to people and the environment.

In an article first published in The Conversation, Emeritus Professor Ian Lowe, from the School of Science at Griffith University, outlines some of those concerns and the guarantees needed to keep people safe.

Radioactive waste from nuclear medicine facilities around Australia will be trucked to and buried near the South Australian town of Kimba, the Federal Government announced this week.

The site, Napandee, comprises 211 hectares of government-acquired land, with radioactive waste set to be stored for over 100 years in deep trenches.

The announcement comes after six years of consultation with the local community but, as resources minister Keith Pitt noted, the problem of managing radioactive waste has been on the national agenda for 40 years.

There is a good reason it has taken so long: storing radioactive waste is a complex issue.

Radioactive waste is extremely hazardous to people and the environment as it emits radiation, which can pollute water, kill wildlife and cause a number of deadly health issues such as cancer. Even waste with low potency levels needs to be stored away for centuries, so the community should be assured the repository is well designed and properly managed.

Currently, radioactive waste – which results from the radiation needed to perform diagnostic imaging and cancer treatment – is scattered in dedicated storage facilities in hospitals across the country, but the majority is secured safely at Lucas Heights in Sydney.

While Pitt is celebrating what he regards as a resolution, there are three reasons this announcement is premature.

This means the new proposal will require the current SA government to repeal or amend the current law. This will be difficult, as Premier Steven Marshall runs a minority government and, with an MP defecting in October, he’s likely to struggle to get the support he needs.

There is also a regulatory hurdle. A proposal such as this needs the approval of the regulator, the Australian Radiation Protection And Nuclear Safety Authority (ARPANSA), which will assess the proposal to determine whether it ensures the safety of people and the natural environment.

ARPANSA took the previous proposal by the Howard Government very seriously. The process included public hearings at which the Director of ARPANSA was assisted by two scientists – I was one and the other was a Canadian expert in radioactive waste management.

It became clear in the assessment process that the federal government had made no attempt to calculate the risk of transporting radioactive waste from the various sites where it’s now stored to the more secure centralised facility. It simply asserted that the risk was minimal.

ARPANSA was not impressed by this data-free approach. Faced with opposition by the State Government and questions raised by the regulator, the Federal Government withdrew the proposal.

The second serious hurdle is that “intermediate level” waste from a nuclear reactor temporarily stored at Lucas Heights will be sent there.

Intermediate level waste is much nastier and demands much greater levels of security. It contains long-lived radioactive isotopes that need to be isolated and contained for periods of thousands of years – effectively permanent disposal. This is generally seen as requiring engineered underground containment facilities, rather than the near-surface repositories used for low-level waste.

The waste site is about 24 kilometres away from Kimba.

No such facility to safely, and permanently, house this waste has been built in Australia, and the regulator will undoubtedly require assurances it could be safely constructed and managed.

It will also be much more difficult to justify transporting this waste along the roads of three states, given it’s now securely held at Lucas Heights. Transporting nuclear waste comes with risks of accidents or possible theft by terrorists of the dangerous material. 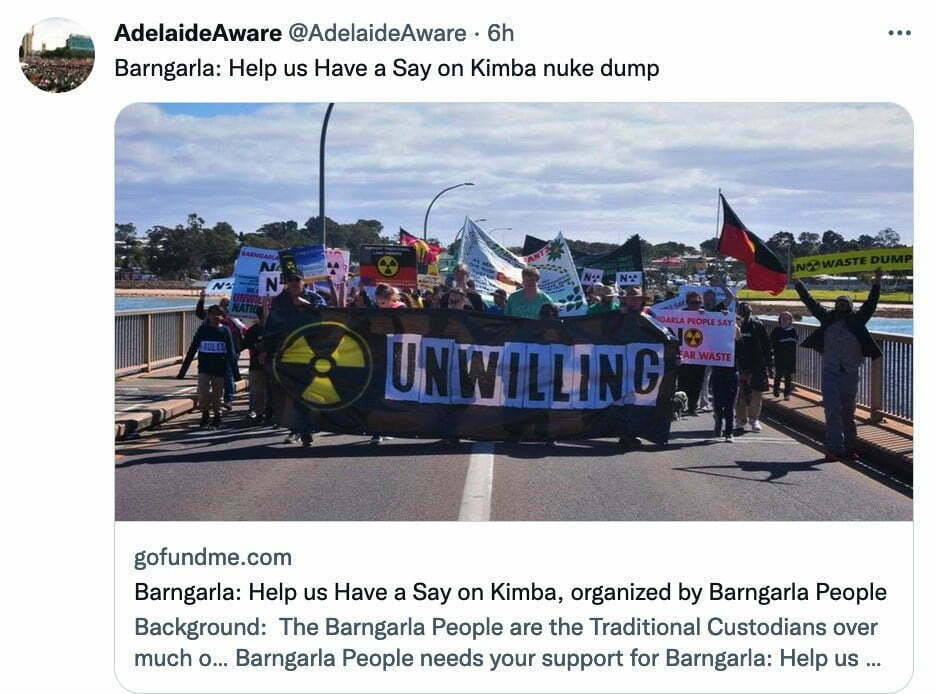 The third hurdle for the proposal is the opposition of the Barngarla Traditional Owners, who have made clear they do not support the proposal for radioactive waste to be stored on their land.

After the consultation process in SA, a ballot showed 60 percent of the local residents supported the proposal. But the Barngarla people say they have not been included in consultations.

There will certainly be legal challenges to the government’s scheme. But even if the Barngarla people don’t have the law on their side, they have the moral authority. It will be politically difficult for any government to justify going ahead with a scheme that is totally opposed by the relevant Indigenous group.

The storage of radioactive waste is the extreme example of an issue that demands long-term thinking. Finding a site must involve serious discussion with Traditional Owners as well as current landholders. There is no need to rush, as the intermediate-level waste is securely held in temporary storage at Lucas Heights.

Ian Lowe is Emeritus Professor, School of Science, Griffith University. Disclosure: Professor Lowe was a past member of the Radiation Health and Safety Advisory Council, which advises the regulator ARPANSA. This article was first published by The Conversation under the headline, ‘Three reasons the announcement to dump radioactive waste in South Australia is extremely premature’.

PrevPreviousFrom the movement for greener healthcare, eight reasons to be inspired and hopeful
NextWe know how to keep people out of prison. Where is the political will and investment?Next