Home Healthcare and health reform Australian Medical Association Primary Health Networks – an opportunity for the AMA to make some money, expand its influence?

Primary Health Networks – an opportunity for the AMA to make some money, expand its influence?

Now that some details about the 30 Primary Health Networks (PHNs) have been released, it might be timely to see some serious analysis of who are the winners and the losers amid the considerable upheaval and waste involved in shifting from Medicare Locals to PHNs.

That is one warts-and-all analysis I would very much like to read.

In the meantime, the letter below – sent from AMA Victoria to all Medicare Locals in that State – shows the AMA is positioning itself to be one of the winners from the shift, offering to assist consortia pitching to become PHNs (so long as they are committed to working collaboratively with the AMA) – for the tidy fee of $10,000.

More front than David Jones, is the thought that sprang to my mind – but I hear some primary health care types are using far more colourful language, given the AMA’s role in undermining Medicare Locals…

It’s perhaps worth noting that the information released yesterday says one of the criteria that will be used to assess PHN applications is the “ability to identify and manage conflicts of interest”. 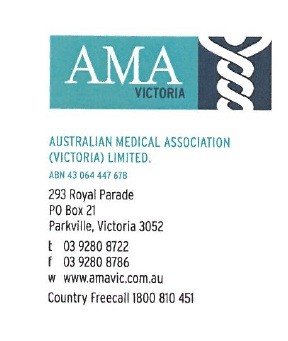 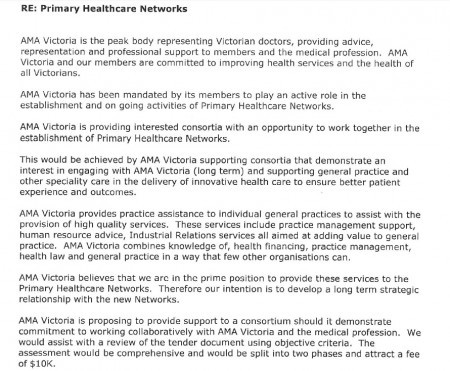 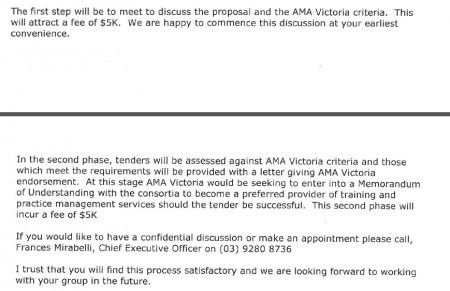 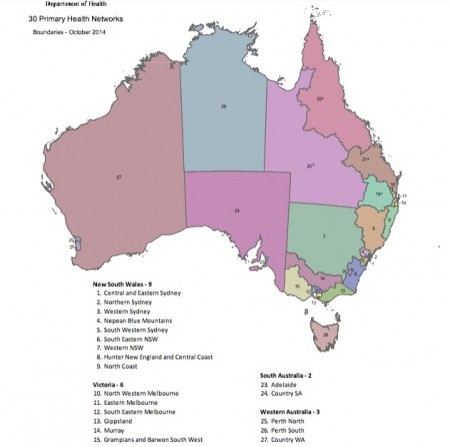