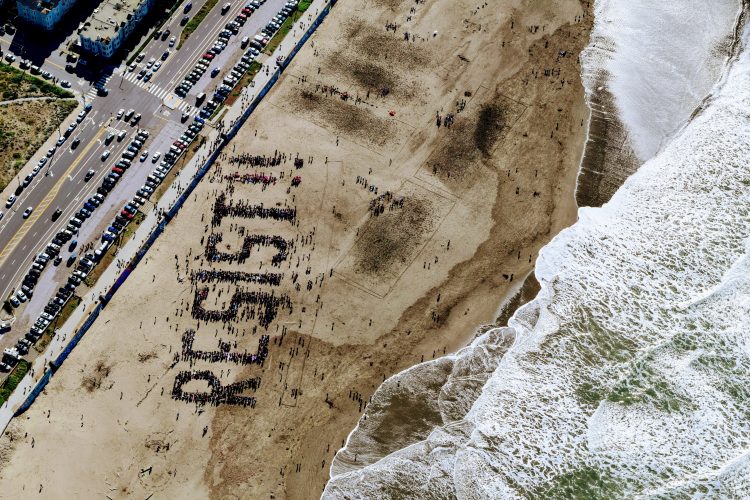 Primordial public health prevention: strengthening democracy to tackle the causes of the causes

That is the message Dr Peter Tait recently shared with delegates at the Australian Public Health Conference in Cairns.

But we retain the structure of democracy if we care to take it back.

This is welcome news as members of the Croakey team prepare to walk with community health advocates in Melbourne later this week ahead of the Victorian State election, to explore how the next Victorian government can best support its citizens to live full and healthy lives.

It’s also an important message for everyone working in health – that advocacy will be more effective when citizens are empowered to call our democratically-elected governments to account on their prime responsibility.

That of serving the best interests of the people they represent.

What issue or problem are you most passionate about “fixing?” What is it that you devote your working – and even private – life, to making better?

What needs to change for this problem to be managed, and what action is necessary for that change to take place? Who can help to fix it, and who is blocking action?

Draft up a little mind map; go out as far as you need. Think about which people or groups are best placed to influence the outcome you want. 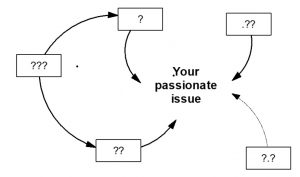 Now, a quick question: Did you put government in one of those boxes?

And how about corporations or vested business interests?

In our society, governance has three major sectoral players: the corporate sector, government and we ‘the people’.

Simplistically, in theory government is supposed to regulate the corporate sector – and the people – for the benefit of the people, the environment, our common future, and the corporates themselves. 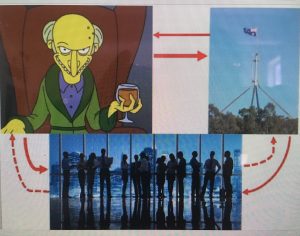 Consequently, we the people, the environment, other species and future generations are losing to the corporate system. It is not because they don’t know, but because they have more “important” priorities – making and paying profits to their shareholders.

So, the core question is: How do we stop losing?

By strengthening democracy to strengthen government.

To be clear, I argue that our current government system in not a democracy. Some political scientists describe systems like the one we have in Australia as electoral oligarchies.

A real democracy is a governance model where decisions are made collectively by those who will be affected by those decisions, AND for the good of everyone and everything.

We have a representative parliamentary system, so in the Australian context, strengthening democracy means increasing meaningful citizen participation in, and deliberative approaches to, our decision-making system.

Improved participation and using deliberative methods are already happening in Australia and around the world.

One practical example of what is possible, in which I am involved, is the Canberra Alliance for Participatory Democracy.

This group is concerned about the way governments in Canberra, Australia, and indeed the world, are not working for our common good.

Working with other community groups and NGOs to bring citizens better into government policy decisions.

Looking at how we can make our Members of the Legislative Assembly (MLAs) more accountable to their electors in real time between elections.

Change to strengthen democracy is already happening, and those of us who work in public health need to recognise that, in order to stop “losing”,  we need to add a focus on improving governance to our actions.

In our day jobs, our home lives and wherever we are, we need to advocate, and create opportunities for, enhanced citizen involvement for wiser decision making across the whole range of thorny topics we want to make better.

By bringing this consciousness in to our thinking and planning, we can more effectively support change to awaken democracy to achieve the ends we desire.

Dr Peter Tait is a General Practitioner based in Canberra after 30 years working in Aboriginal health in Central Australia. He was the 2007 Royal Australian College of General Practitioners General Practitioner of the Year. He is a Clinical Senior Lecturer in Population Health at ANU Medical School, and convener of the PHAA Ecology and Environment Special Interest Group. He is Immediate Past Chair of the Frank Fenner Foundation, and is active in the Canberra Alliance for Participatory Democracy, and the Climate and Health Alliance.

This article is based on Peter Tait’s presentation Presentation from Australian Public Health Conference on Friday, 28th September 2018

PrevPrevious#ThisIsOurLane – doctors hit back at NRA over gun violence
NextA vision for the future of community health in Victoria: #CroakeyGO meets #VicVotesNext