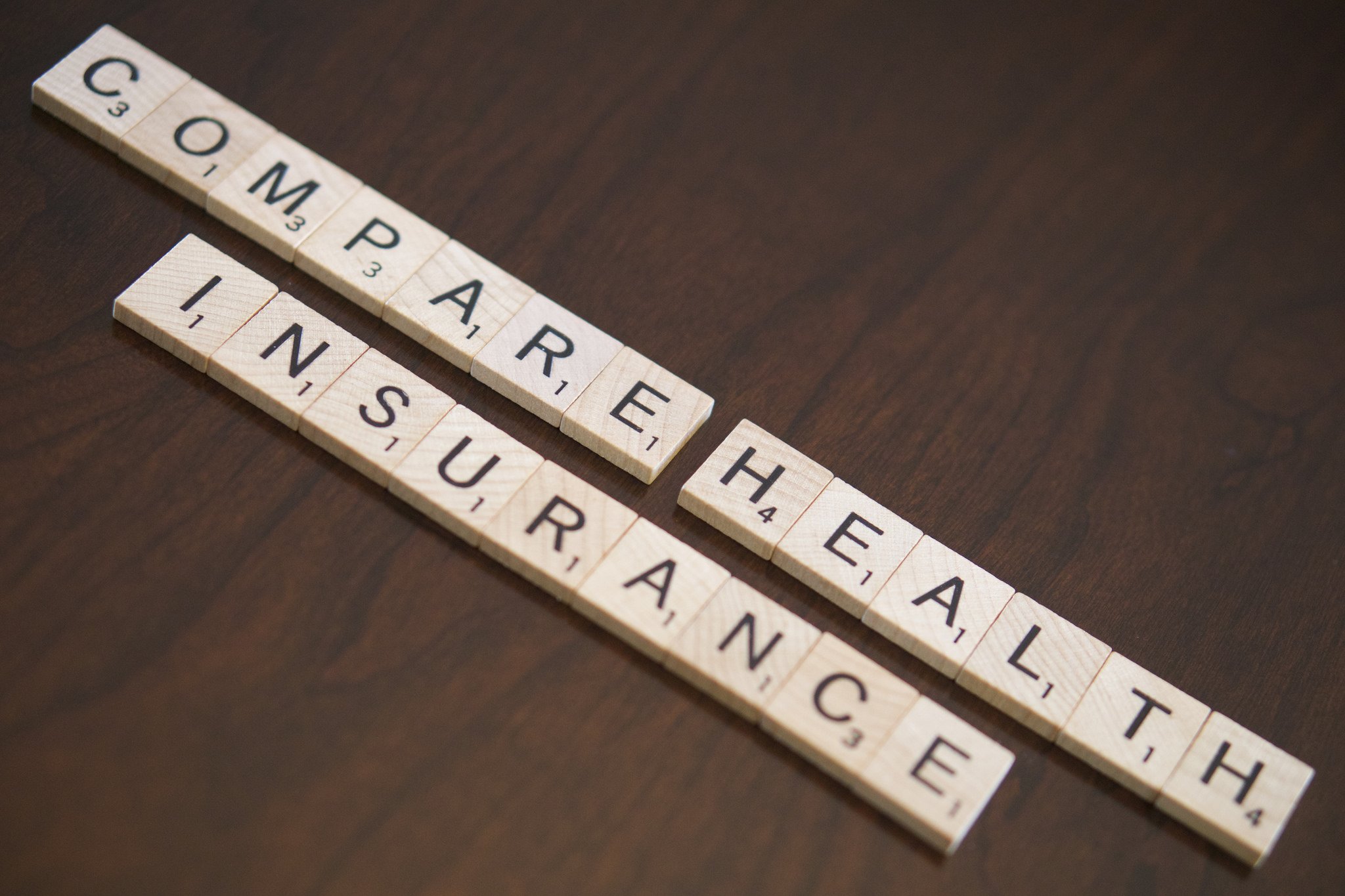 Complaints about the private health insurance industry have skyrocketed in recent years and new memberships have slowed, according to a new report from the Private Health Insurance Ombudsman.

The PHIO’s annual State of the Health Funds report showed an uptick in complaints across a range of insurers and regarding a host of issues including refunds for canceled memberships and administrative hurdles switching from one insurer to another, as well as problems with automated payments or delays and glitches in responding to queries.

In 2015-16 the private health insurance industry experienced growth of just 1.35% with 86,939 new memberships, compared with some 158,000 the previous year.Three major funds — HCF, Medibank and Westfund — saw their membership base contract. 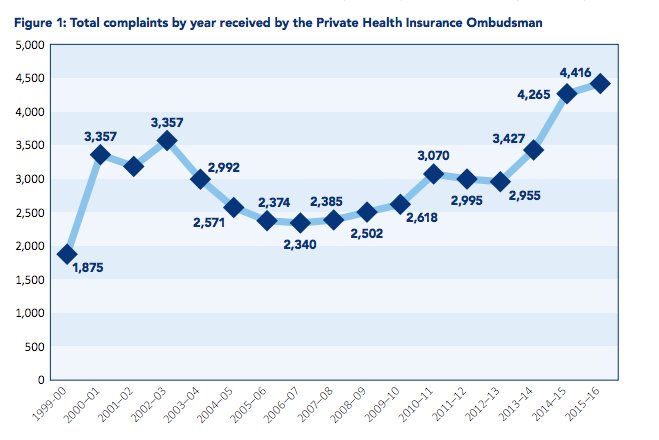 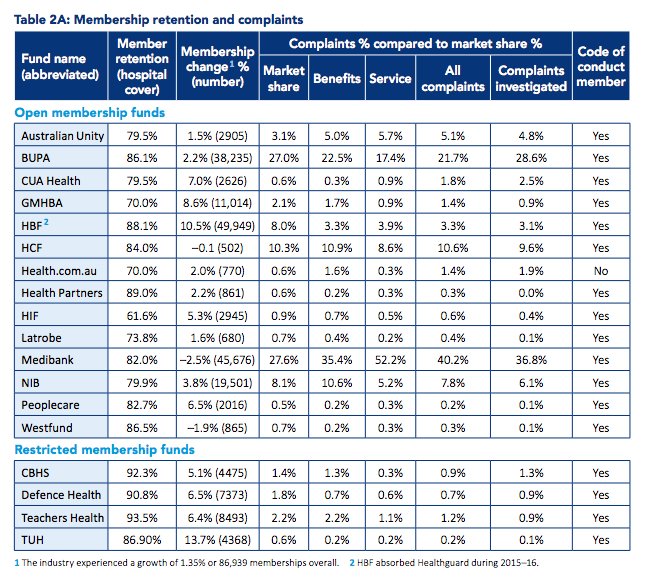 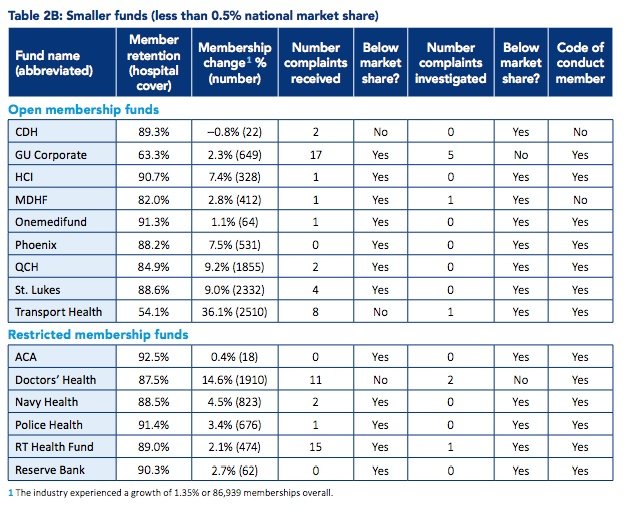 Given the government has green-lighted a 5% increase in premiums from April, the report makes for interesting reading, particularly the section on profits (healthy by anyone’s definition, as you can see below). 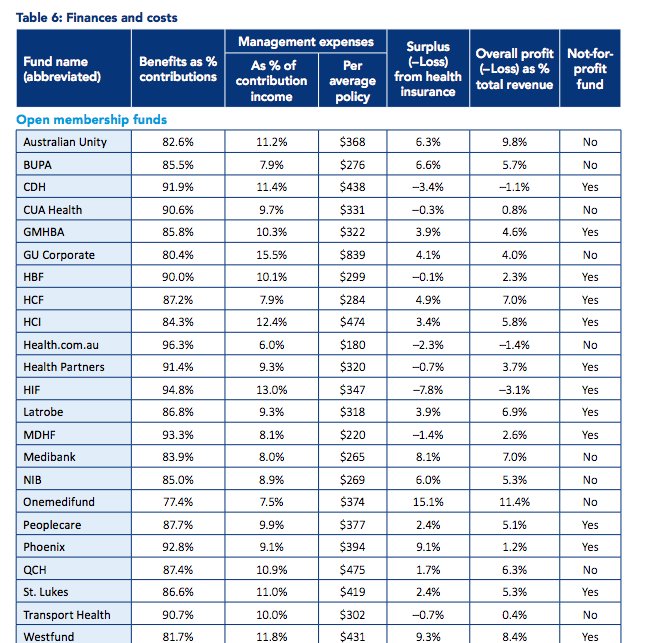 From a consumer perspective, the PHIO said the problem was not selecting a policy from the plethora available (230 hospital policies, 157 general treatment policies and 186 packaged options) but understanding and using a policy once it had been purchased.

“Confusion over understanding the terminology used by health insurers and what these mean to an individual consumer when they are seeking to claim from their policy are the overriding themes of most of the complaints received by the PHIO,” it said.

Consumer grievances arose where lay definitions of such terms came into conflict with more restrictive interpretations laid down by the insurer.

Highlighting the communication of detrimental changes to benefits, the PHIO said there appeared to be little appreciation by consumers that their policy could evolve over time, and argued that this information ought to be provided at point of sale or upgrade rather than in the fine print at the end of a brochure.

Where complaints were received alleging that insurers had poorly communicated such changes, the PHIO said it examined whether this advice was ‘mixed up with positive marketing material’, whether it was sent to an appropriate address for such communications, and whether adequate notice was given of all the options (including the ability to switch policies and have waiting periods waived).

The PHIO noted instances of a “communication problem between the marketing/planning sections of a health insurer and its sales area, meaning that sales staff continue to sell policies which are shortly to become eliminated or to undergo major detrimental changes”.

The report also looks at hospital coverage, medical gap schemes and extras. Some of this data (below) may be of interest to readers. We’re keen to hear your thoughts! 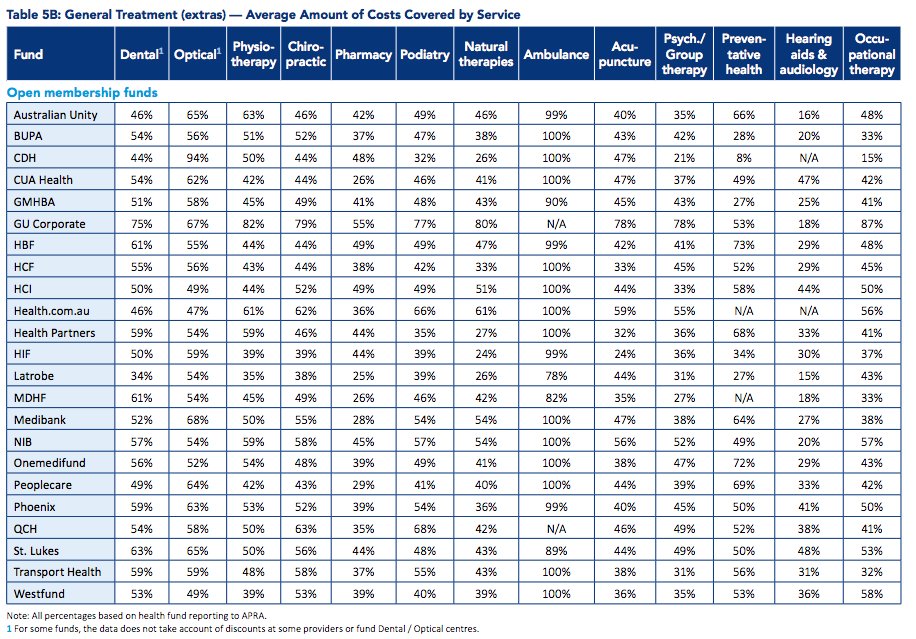 PrevPreviousNothing about us without us – resetting relations with Aboriginal Australia
NextFirst, do no harm – the golden goose of out-of-pocket expensesNext