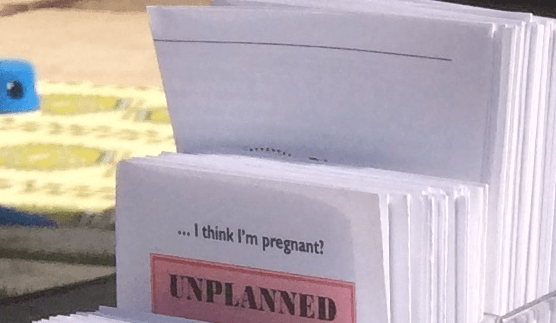 Privatising abortion is not good for women’s health (or finances)

Earlier this year the Senate passed a Greens motion calling on the Federal Government to ensure safe, surgical abortions are available in public hospitals across Australia.

The motion called on the Federal Government to step in when states or territories fail to guarantee reproductive health services and was introduced after the Tasmanian Liberal government ruled out providing surgical abortions in Tasmania’s public hospitals after the primary provider closed its doors.

“It’s 2018. Women should have access to reproductive health services including surgical abortions in our public health system, no matter which state they live in, no matter whether they live in a city, or rural or regional area.”

In the post below, Associate Professor Suzanne Belton, Chairperson of Family Planning Welfare Association NT, says 95 per cent of elective abortions in Australia are performed in the private health sector. She says this not only imposes significant cost to women but underscores and exacerbates the stigma that still surrounds abortion in Australia.

A recent report into out-of-pocket health costs by the Consumer Health Forum of Australia acknowledges that Australian patients are paying considerable sums for healthcare despite Medicare and private insurance. Former Prime Minister Gough Whitlam would be cranky if he knew that the Australian people were being done-over like this.

Reproductive health is not the focus of this report but perhaps it should be, given that 95 per cent of elective abortions in Australia performed in the private health sector.

It is a lucrative field of medicine with women paying upwards from $400 into the $1000s either directly in out-of-pocket fees or from their private health insurance. There are additional expenses in getting access to abortion services such as costs of medications, blood tests, screening tests, travel to health services and accommodation.  As most women seeking abortion services are mature and, in the workforce, missed work and childcare are also costs that women pay.

The only way to get a publicly funded abortion in Queensland, New South Wales, Victoria, Tasmania, Australian Capital Territory or Western Australia is to be utterly poverty stricken and perceived as a ‘deserving patient’ fitting opaque hospital criteria.

For women who have low-income or cannot access their partner’s income to finance the up-front abortion fees, there are few places to turn to for a short-term loan. Children by Choice, an independent Brisbane-based non-profit organisation, offers women in Queensland no interest loans or negotiates reduced fees from abortion providers.  According to its recent annual report:

“In the two years to June 2017, 34.7 per cent of financial assistance clients experienced violence with the man involved in the pregnancy, and almost half the funds provided through our financial assistance program went to women living with domestic and/or sexual violence. None of them were able to access a termination provided by their public hospital.’

Only the Northern Territory and South Australia stand out as providing abortion services that are fully funded by the public health system. In these jurisdictions, surgical and medical abortions are provided by the public health system for all women. Women can choose to use a private gynaecologist or health service though most do not. Access to services is fair and is largely hindered by distance from services rather than by finances as in other parts of rural and remote Australia.

As a result, nearly all abortions in South Australia and the Northern Territory are provided by the public health system, but this only accounts for five percent of all abortions in Australia due to the small populations of these two jurisdictions.

The gynaecological procedure of abortion is more common than hip replacements or hysterectomies or prostate surgery, with 75,000 Australian women ending their unwanted, mistimed or unhealthy pregnancies each year. They pay millions of dollars to private abortion providers, either individual doctors or organisations like Marie Stopes which have an effective monopoly.

Why are Australian women footing the bill for their abortions?

Women already pay taxes to the public health system, a Medicare levy and for contraception. An estimated cost per lifetime of managing fertility is $9,000 for the oral contraceptive pill or a cheaper $3,000 for long-acting reversible contraception like implants. Add a few hundred dollars for condoms if double protection is needed during the 34 years of fertility that most Australian women are expected to successfully manage with only wanted and well-timed pregnancies.

Why should they pay twice through taxes, private health insurance and direct service fees?

Before abortion was made quasi-legal in the late 1960s, Australian women organised their own abortions through social and sometimes nefarious networks that extracted huge physical, emotional or financial outlays. Unsafe, illegal abortion was costly in many ways.

The first legal abortion services emerged during the 1970s in stand-alone clinics that used the Medicare rebate and were ethically driven to not profiteer from women’s reproductive crises. Some gynaecologists in public hospital also offered surgical abortions as part of normal practice.

However, the rise of conservative neo-liberal social policy has influenced health economics which suggests that the private sector is the most ‘efficient’ way to deliver services to consumers and the most cost-effective.  Unregulated markets and a smaller welfare sector including the tightening of public health budgets over decades has seen the out-sourcing of abortion services from public hospitals to the profit-driven private health sector.

Australia is a signatory to the Convention of Elimination of All Forms of Discrimination Against Women and this type of health service out-sourcing flouts a human rights contract.  It is easy to discriminate against women because abortion is stigmatised, defined here as:

‘…a negative attribute ascribed to women who seek to terminate a pregnancy that marks them, internally or externally, as inferior to ideals of womanhood. While definitions of womanhood vary depending on local cultures and histories, a woman who seeks an abortion is inadvertently challenging widely-held assumptions about the ‘essential nature’ of women. We hypothesise that there are at least three archetypal constructs of the ‘feminine’ that can be transgressed through an abortion experience: female sexuality solely for procreation, the inevitability of motherhood and instinctual nurturance of the vulnerable. To choose to avert a specific birth, counters prevailing views of women as perpetual life givers and asserts women’s moral autonomy in a way that can be deeply threatening.’

In Australia the argument is that women should be more ‘careful’ not to get pregnant, that abortion is a ‘choice’ and that only certain types of ‘bad’ women have abortions. While myths can be refuted by facts, these myths have meant that a common gynaecological health need, to regulate fertility, has been marginalised by the public health system.

There are gains to be made by returning abortion to the public health system. Abortion is a common gynaecological procedure that midwives, doctors and nurses need to be exposed to in their professional training. Miscarriage and elective abortion both require similar medical and nursing skills and expertise: compassion, understanding of reproductive anatomy and physiology, pain relief, evacuation of the uterus, and education and counselling on self-care.

Today few medical students or nursing students are exposed to abortion health care as part of their gynaecological training in the public health sector. How will we reduce abortion stigma if abortion is out-sourced and hidden in private clinics where students do not practice? How can we teach life-preserving gynaecology skills if there are no senior doctors or consultants teaching in public hospitals?

Australia has let a common gynaecological technique needed by one in three Australian women be out-sourced into private practice where women are disadvantaged by paying twice for health care and junior health professionals miss valuable training in women’s health. There are two policy documents produced by the Public Health Association of Australia that comprehensively address principles of universal access and health equity: ‘Abortion Policy 2017’ and ‘Health Equity Policy 2016’. Both call for a national sexual and reproductive health strategy.

Privatising abortion is not good for women’s health.