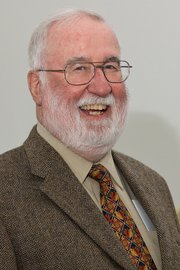 The BMJ recently described evidence-based medicine as ‘one of the most important medical advances in the past 150 years, alongside the discovery of vaccines and antibiotics’. However, until quite recently the idea of basing clinical decisions on scientific and mathematical data was a controversial concept, resisted by many in the medical profession who argued that it would lead to the de-personalisation of health care.

One of its pioneers, Canadian Professor David Sackett, who died recently aged 80, encountered significant resistance over his career to his idea that statistical and mathematical concepts could be used to inform clinical treatment decisions.

In fact, even towards the end of his career when he moved to the University of Oxford in England in the 1990s to establish the International Centre for Evidence-Based Medicine, he encountered a backlash from the medical establishment to his ideas.

“In Oxford,” he reportedly observed, “they have 20 ways of saying ‘interesting,’ all of them negative.”

Professor Sackett was born in the USA and trained to be a doctor at the University of Illinois College of Medicine and after completing his degree he was drafted into the US Public Health Service and sent to Buffalo in New York.

There he started working with a team of epidemiologists, and became interested in how to relate their studies to clinical medicine.  He was subsequently appointed as a professor at the medical school of McMaster University in Hamilton, Canada.  At McMaster’s, Sackett conducted trials on medical treatments, finding that some new treatments (such as daily aspirin intake) were effective whereas other more established practices (like a surgical procedure to remove plaque from the carotid artery to improve blood flow) were not.

He worked with a number of prominent universities to overhaul medical education and training to focus on evidence-based practice.  As well as the International Centre for Evidence-Based Medicine, he founded the Journal of Evidence-based Medicine. He was also the first chairman of the Cochrane Collaboration, a non-profit organisation set up to make research information accessible for health care professionals.

Contrary to the criticisms from some elements of the medical profession, Professor Sackett demonstrated how evidence-based medicine could lead to more patient-centred care, rather than reduce medicine to simply the calculating of numbers.  One of his early breakthroughs was when he responded to a young man with Hepatitis A who was resisting the standard treatment of the day for bed rest.  After finding a trial which indicated that bed rest was not effective in treating Hepatitis A, Professor Sackett told the young man he was free to move around.

A mentor to many of the current generation of leading evidence-based medicine experts, Professor Sackett maintained a healthy skepticism about tradition in medicine and the authority of ‘experts’ throughout his career.   He wrote an opinion piece for the BMJ arguing that ‘there are still far more experts around than is healthy for the advancement of science’ and calling for the compulsory retirement of ‘experts’ in science and medicine.

He was a big fan of author Kurt Vonnegut and was known to sneak in the name Kilgore Trout (a character in Vonnegut’s Slaughterhouse-Five) as a co-author of some of his papers, as a way of poking fun at the establishment.

Known as the ‘father of evidence-based medicine’, David Sackett profoundly influenced the way in which we teach, research and practice medicine and his legacy continues to benefit health consumers today.

The New York Times obituary for Professor Sackett can be found here.