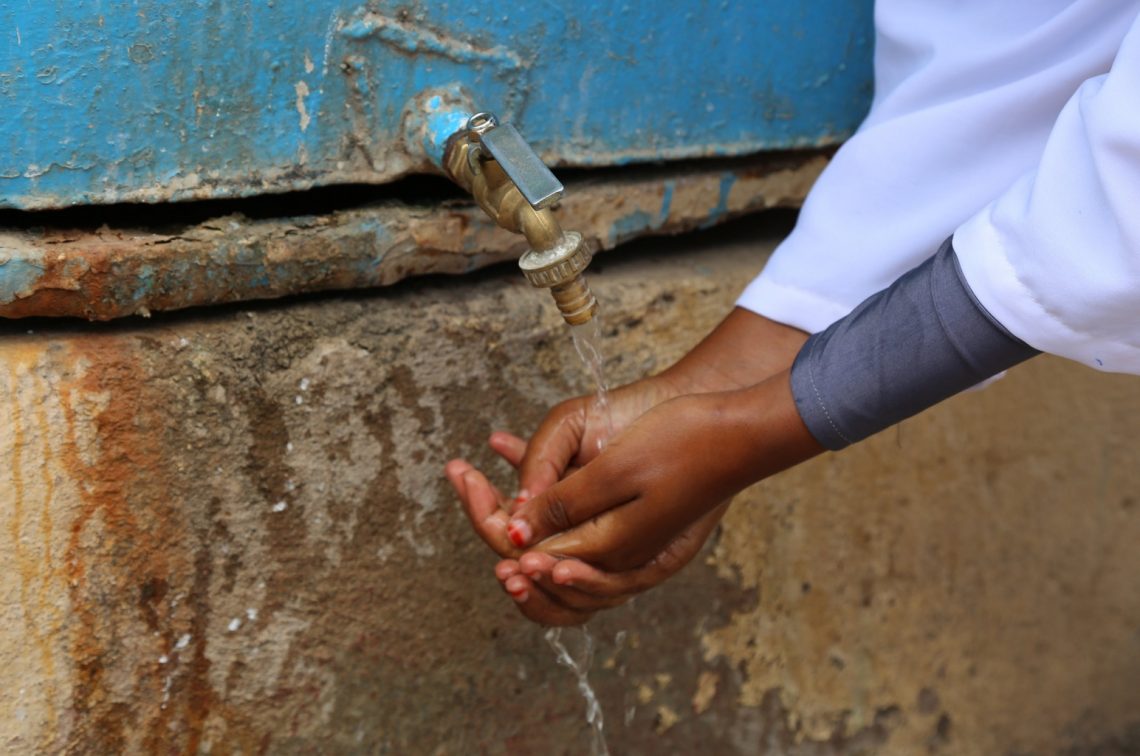 WHO plan puts focus on water, sanitation and hygiene. Source: WHO tweet

Introduction by Croakey: The World Health Organization (WHO) has launched a road map to tackle neglected tropical diseases (NTDs) that affect more than a billion mainly poor people globally, “creating lasting health, social and economic consequences for individuals and societies”.

The plan, marking the second World Neglected Tropical Diseases Day on Saturday, 30 January, puts the spotlight on the importance of improving access to healthcare, clean water and sanitation.

Meanwhile, Gertrude Machatine, a public health expert based in Mozambique, writes below that it’s time to move beyond siloed, disease-focused approaches to address some of the underlying determinants of multiple diseases.

The term Neglected Tropical diseases (NTDs) brings together a wide range of infectious diseases that typically affect the poorest, most marginalised and vulnerable communities in the world, impacting around one billion people worldwide.

NTDs include better known diseases such as leprosy and rabies, but also lesser known infections like trachoma, onchocerciasis (river blindness), schistosomiasis, leishmaniasis and lymphatic filariasis (commonly known as elephantiasis due to the bodily swellings it causes).

But while the grouping covers diseases that differ greatly in terms of symptoms and transmission, they are united by the fact they are diseases that persist solely because people continue to live in conditions of poverty.

These diseases thrive in communities without adequate water, sanitation and hygiene facilities (WASH) and who are generally lacking access to healthcare services and quality health information – issues which can be overcome through the strengthening of health systems in affected countries and better collaboration and communication of government departments.

On World NTD day it’s this point around the need for more teamwork within governments and improved communication with poorer communities I wish to highlight as a key challenge holding the sector back and blocking the elimination of these preventable infections.

This is what the Ministry of Health in Mozambique is currently trying to overcome, supported by our teams at the Accelerating the Sustainable Control and Elimination of Neglected Tropical Diseases (Ascend) program. Ascend works across 11 countries in East and Southern Africa as well as Asia, funded by the UK Foreign Commonwealth and Development Office.

Yes, the arrival of COVID-19 led to disruptions as healthcare services struggle, people are reluctant to seek care and surveys to know the burden of disease and better target interventions are postponed. But one year into the pandemic, efforts have gotten back on track as we learn how to manage in light of the ongoing pandemic.

Following interruptions in March 2020, for example, we were able to adapt activities by August and reach more than eight million people in Mozambique with preventative drugs for the mosquito borne disease lymphatic filariasis. We also reached more than four million school-age children with drugs to prevent infection with schistosomiasis, a debilitating disease caused by parasitic worms.

The issue of poor collaboration and integration, however, was around before the pandemic and without proper attention, will persist long after it.

Take the point that many government and NGO-led health programs continue to operate vertically and in isolation, despite many of the issues they address overlapping with those of other programs. Too often, interventions are targeted at single diseases rather than the underlying causes of multiple health problems.

An example of the overlapping issues is WASH initiatives that target communities to improve access to water and sanitation but also aim to educate them about the value of effective handwashing and hygiene practices.

These are both factors that influence the burden of NTDs like trachoma, a blinding bacterial infection that spread through person to person contact, shared towels and cloths and flies which come into contact with fluid leaking from the eyes and nose of infected people. They also affect the transmission of schistosomiasis, which is spread through contact with water contaminated by the faeces of an infected person.

Regular hygiene practices and sanitation will undoubtedly reduce the spread of these infections, which are recurring for most people affected, so why not combine efforts to tackle both in one swoop?

Further still, while you have reached people who are typically hard to reach due to their remote locations, why not make the most of it and deliver information on other diseases they are also at risk of, like lymphatic filariasis – which can be prevented with drugs and effective mosquito control.

All three diseases are endemic in Mozambique and affect more than 15 million people each year, according to the World Health Organization. Globally, more than 1.2 billion people live in areas endemic for these diseases.

Ascend aims to support the Ministry of Health to achieve this more holistic approach in Mozambique using a new framework that is currently under development to guide collaboration between the WASH and NTD sectors.

In doing so, however, we realise the reason it’s not done as often as one might expect is because it’s no easy feat. At least, not yet.

It involves conversations and interviews with the Departments of Environmental Health, NTDs, Ministry of Health, Planning and Cooperation Department, Ministry of Public Works, Housing and Water Resources – National Directorate of Water, and other relevant institutions to be identified. But once agreements are in place and both plans and budgets are aligned and set, this is not only a cost-effective means of tackling multiple issues – it’s also a sustainable one.

Mass Drug Administrations and surgeries to treat symptoms like inverted eyelashes from trachoma (which cause blindness) or the swelling of legs and scrotums from lymphatic filariasis are vital to improve quality of life and prevent infections in affected communities. But they don’t solve the problem.

We need to improve the environments people are living in and simultaneously increase awareness and education to empower the individuals and communities most affected – ultimately, it is they who determine the outcome of our efforts.

Gertrude Machatine (pictured below, third from the left) is a public health expert and Country Lead in Mozambique for the Ascend (Accelerating the Sustainable Control and Elimination of Neglected Tropical Diseases) Lot 1 NTD program funded by the UK Foreign, Commonwealth and Development Office. 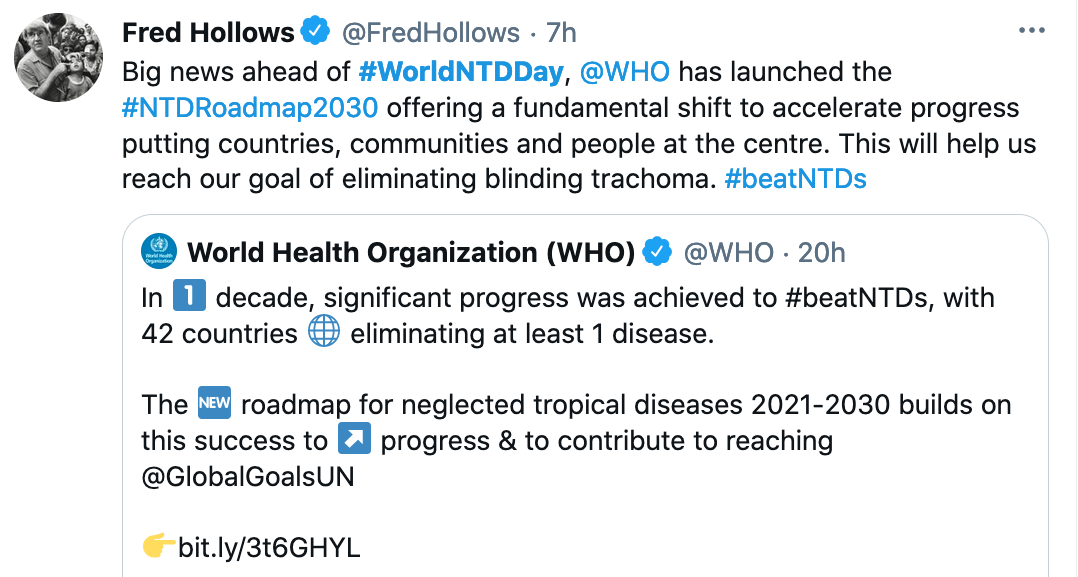 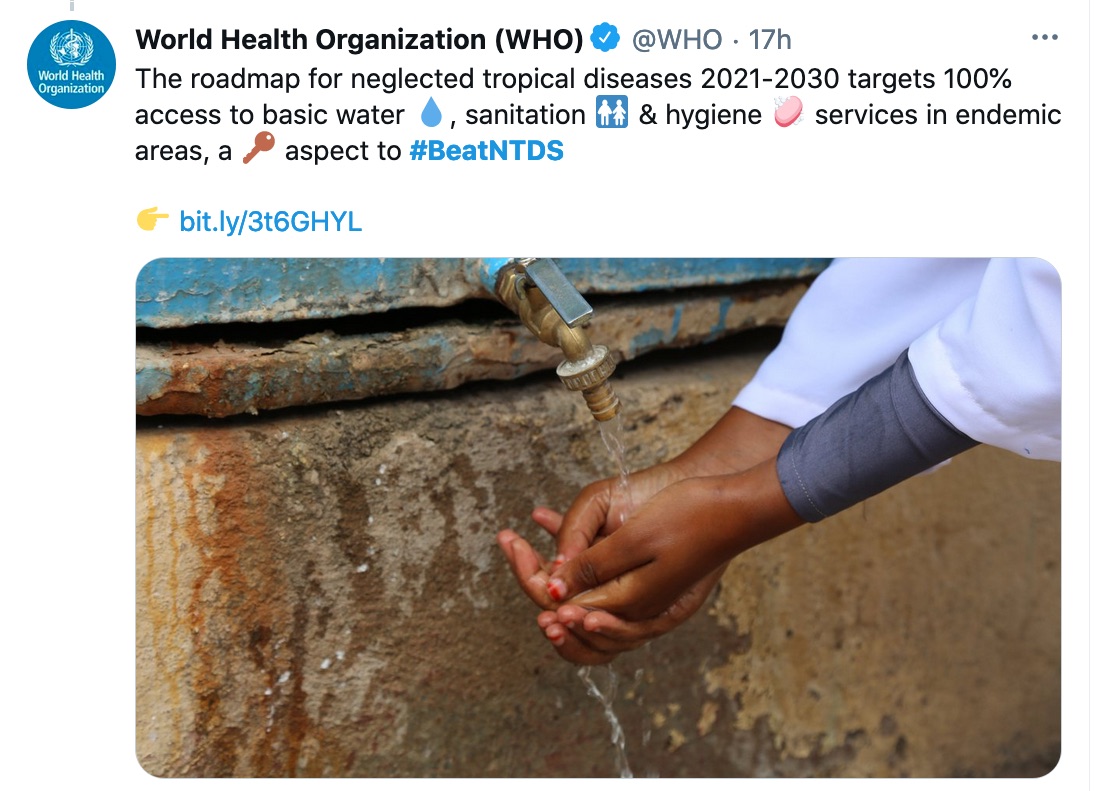 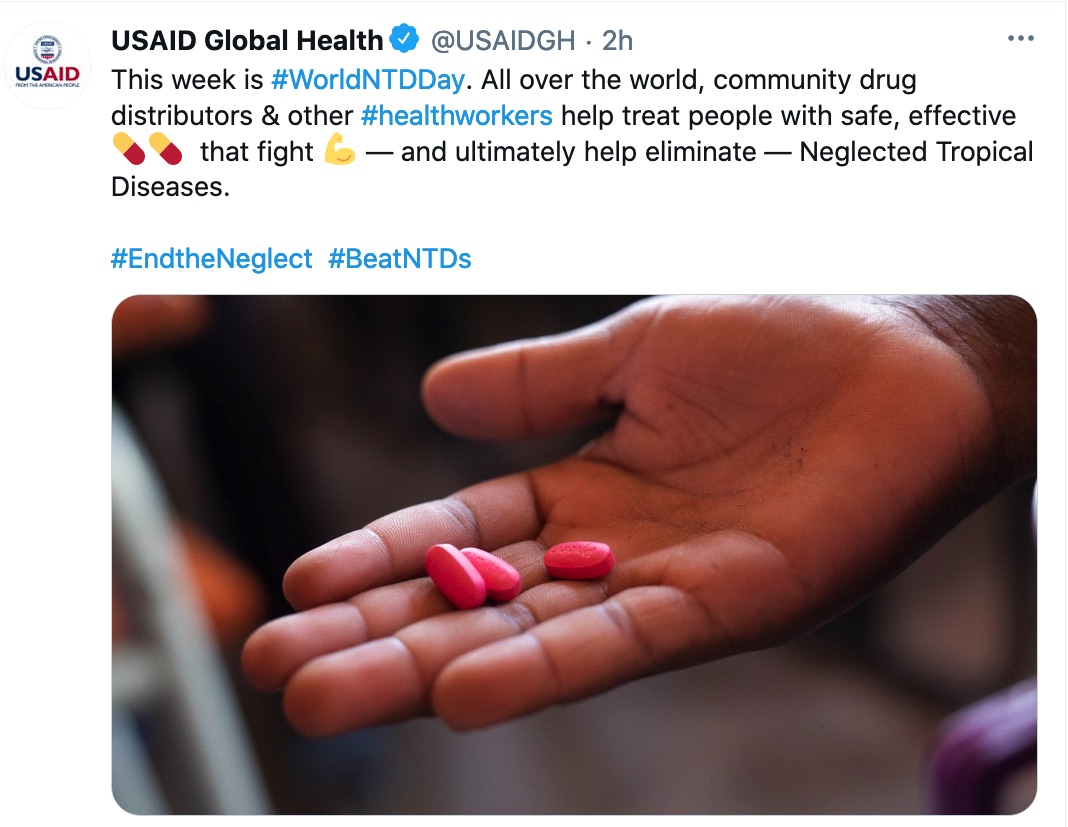 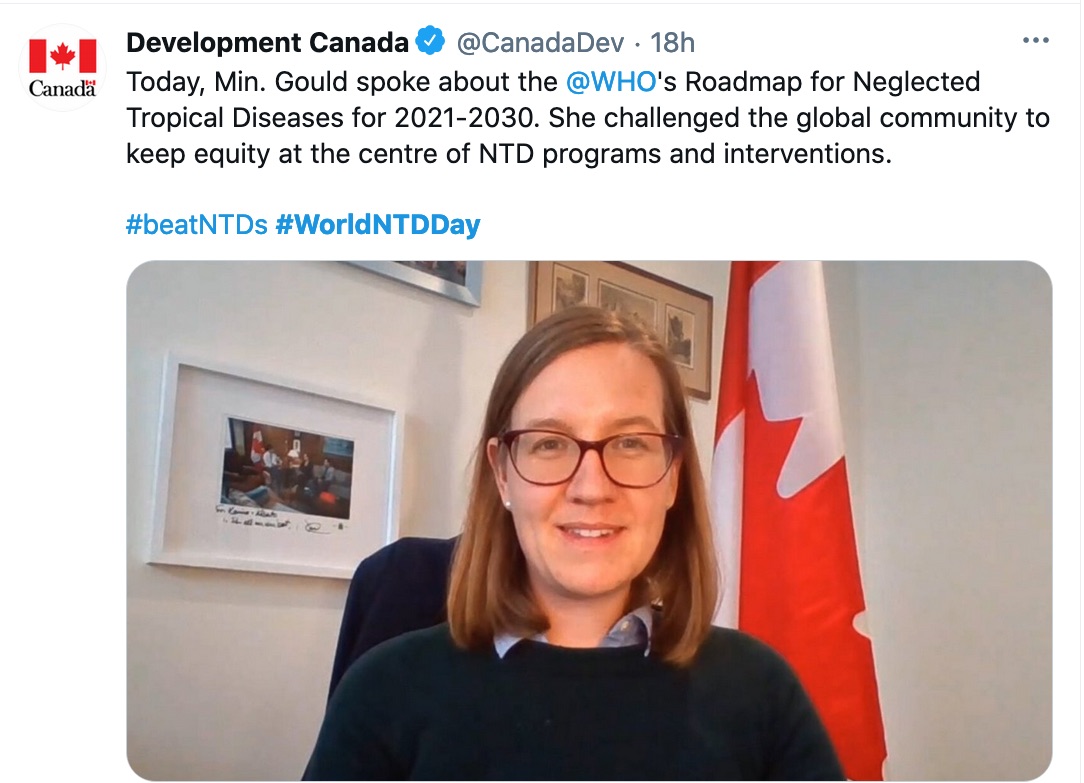 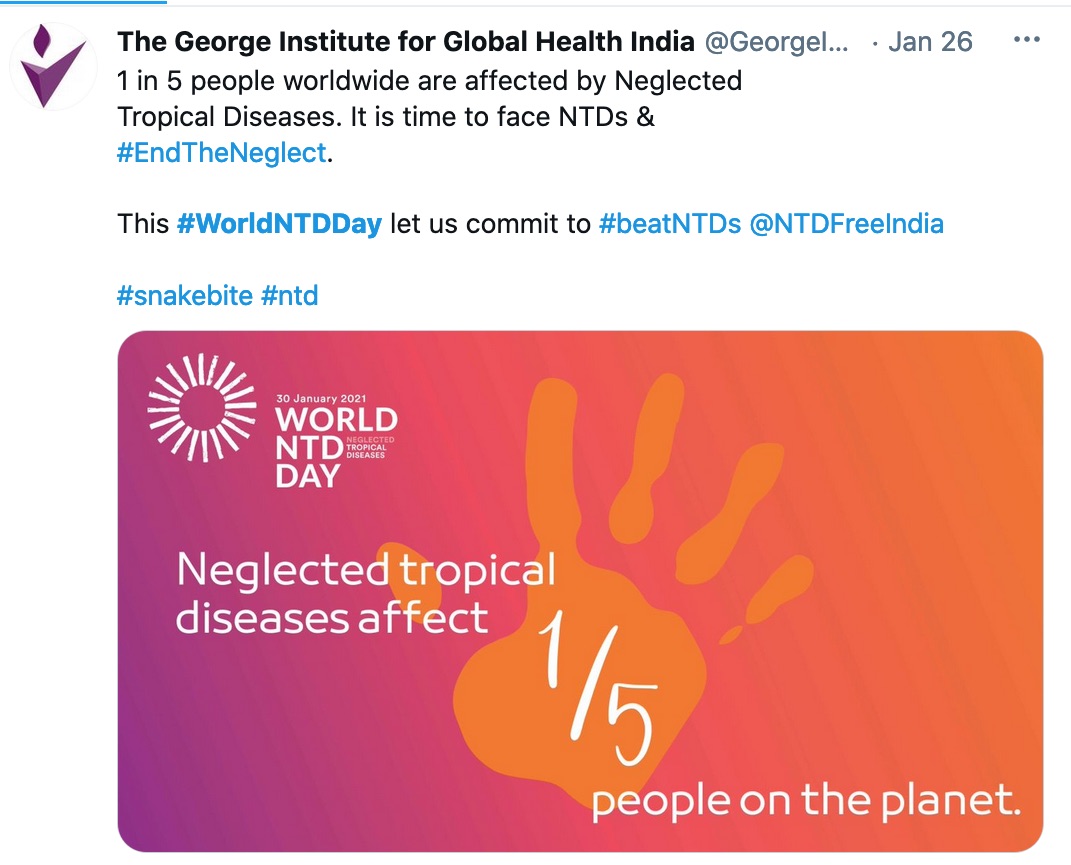 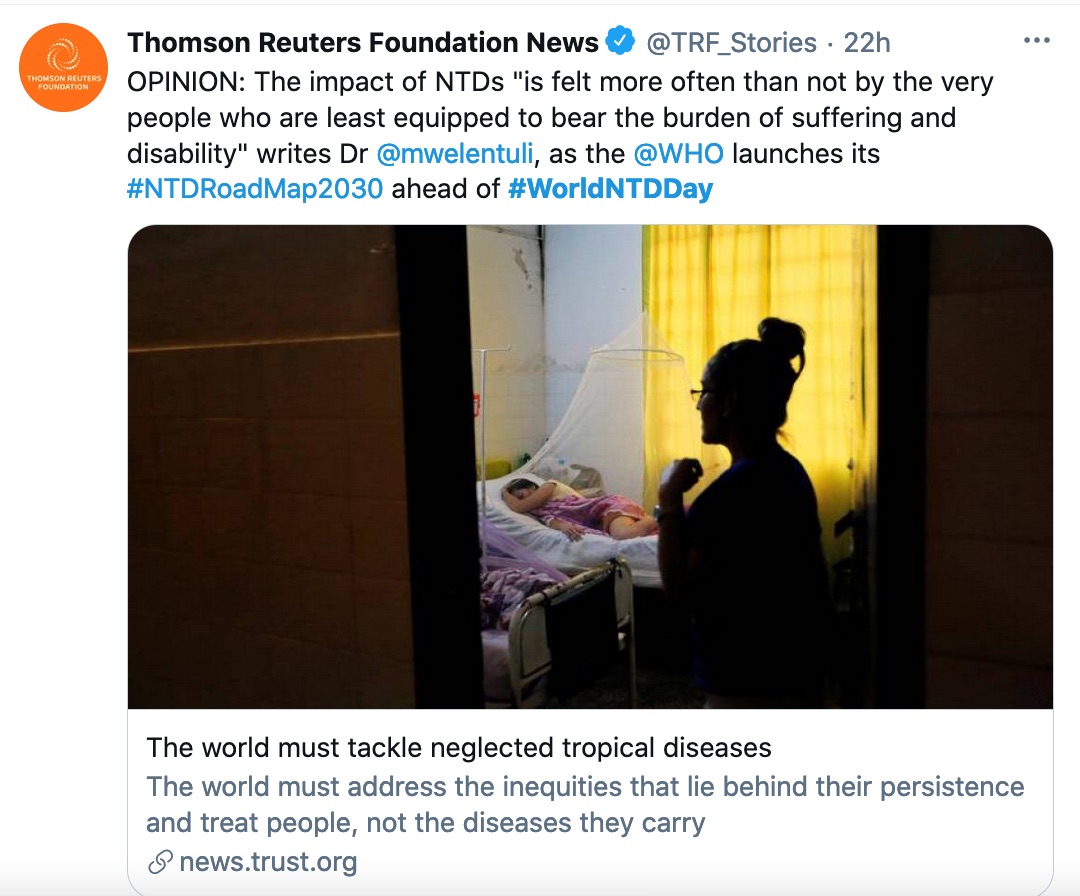 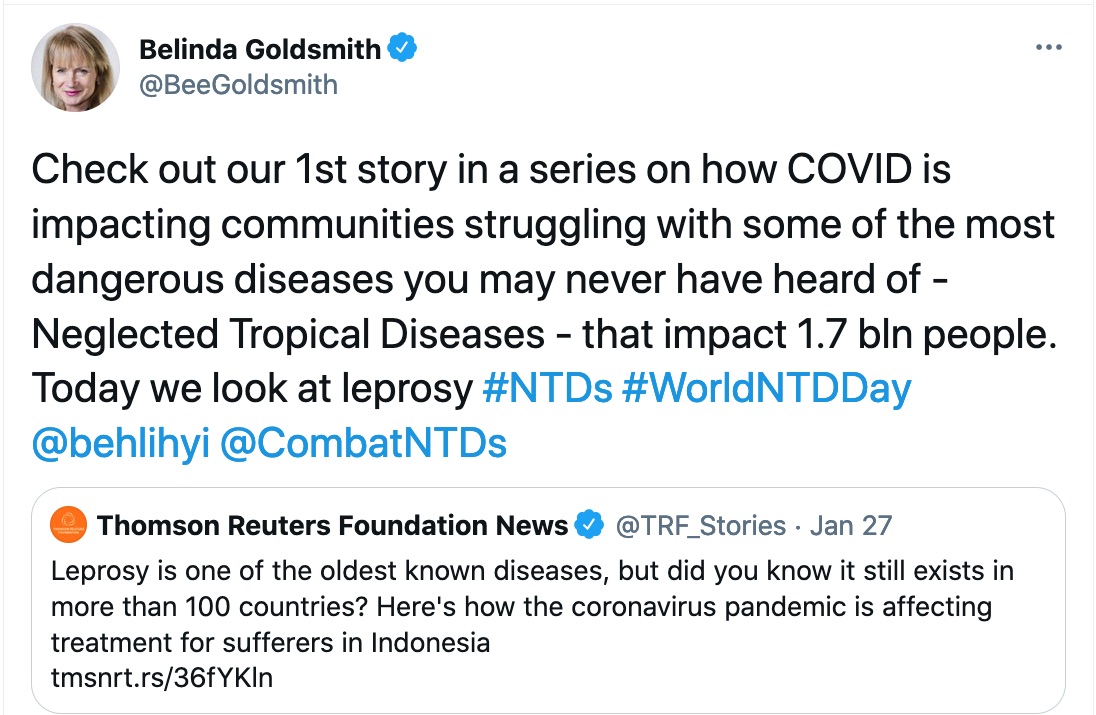 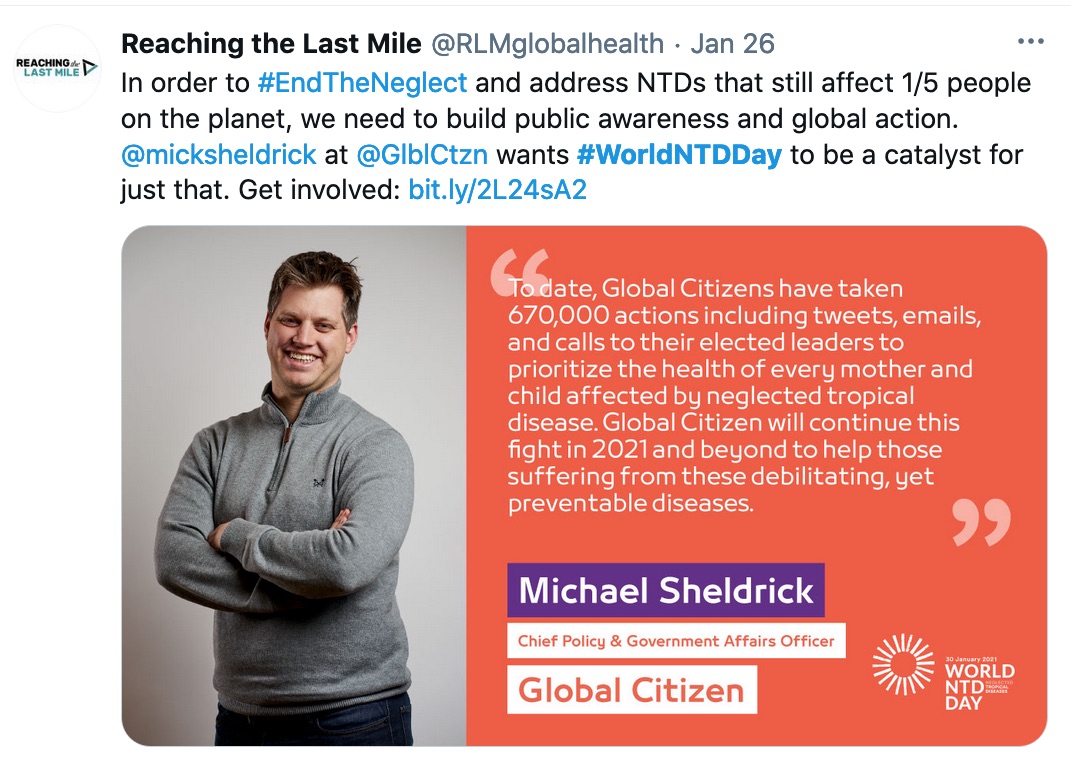 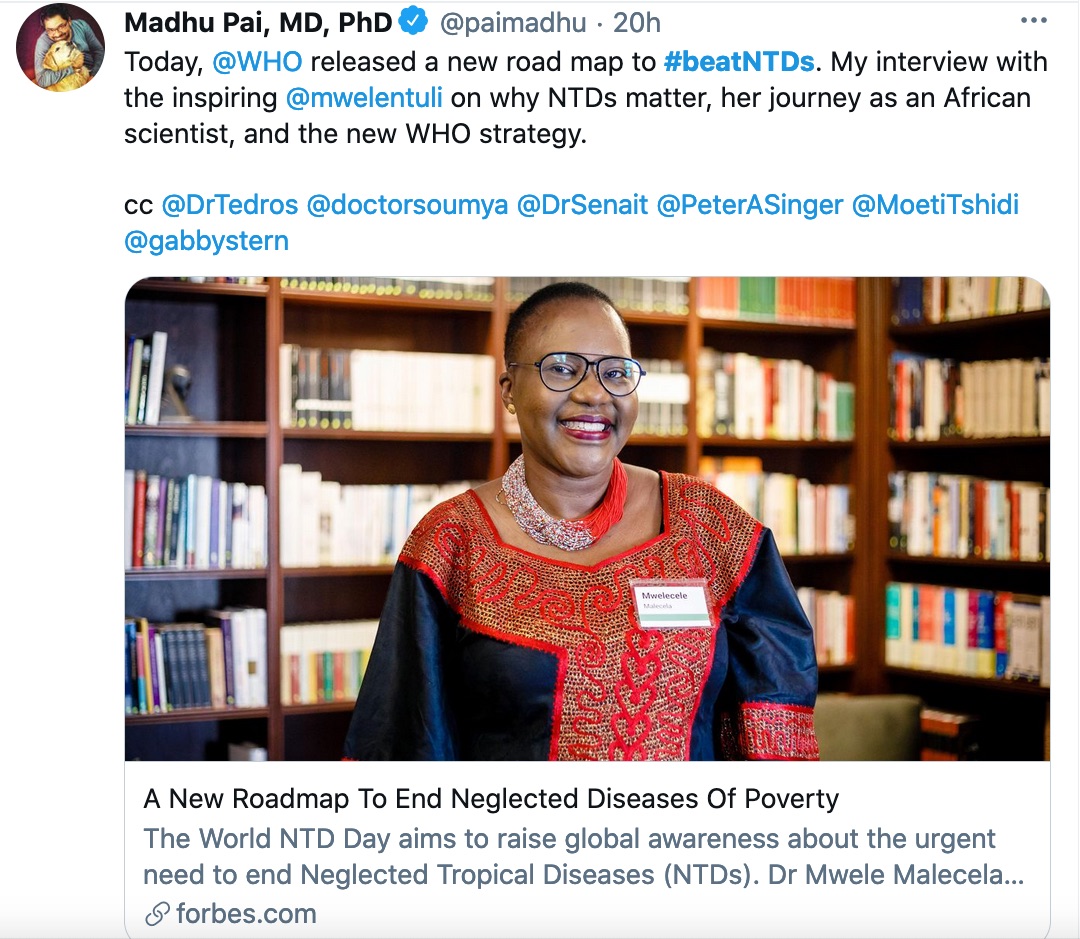 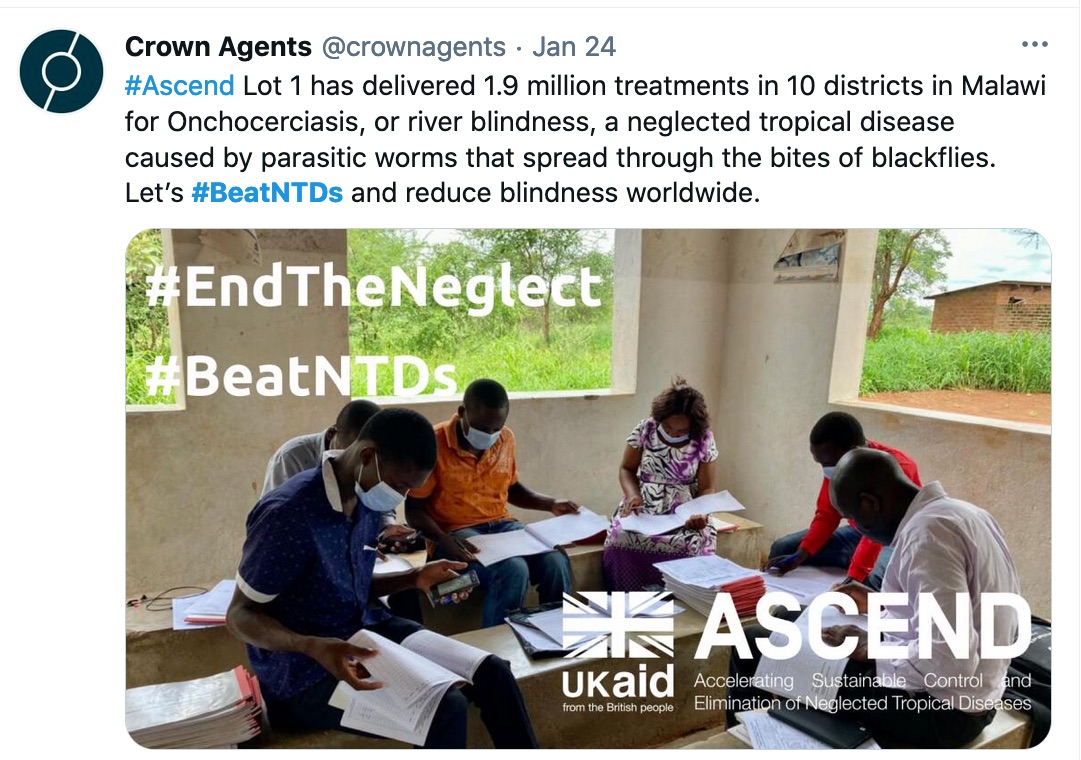 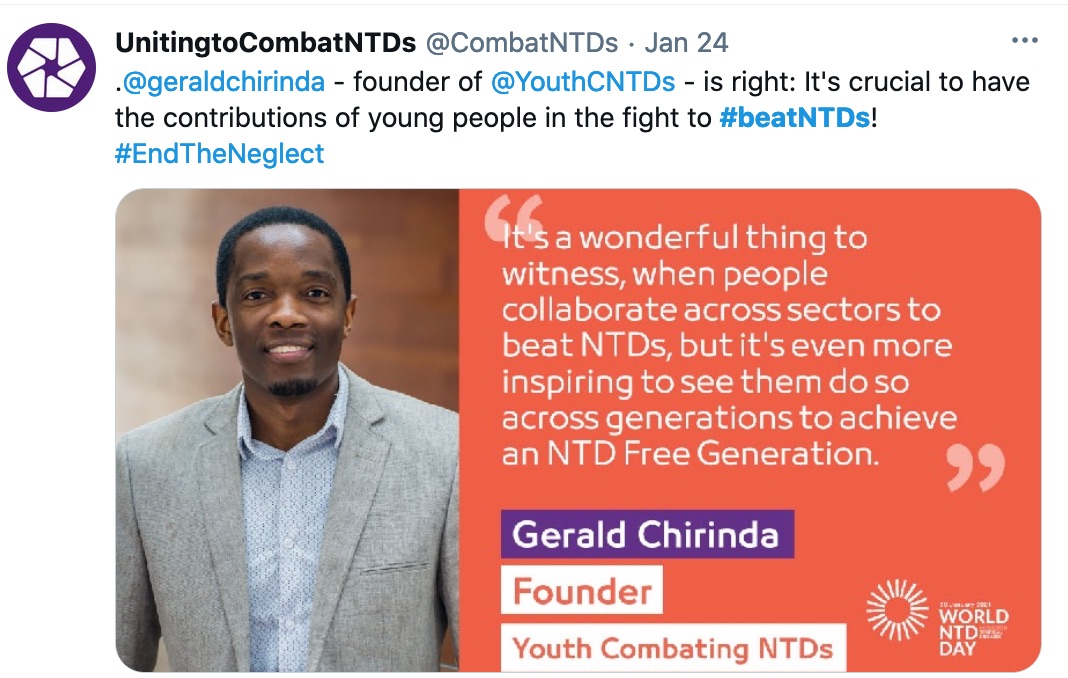 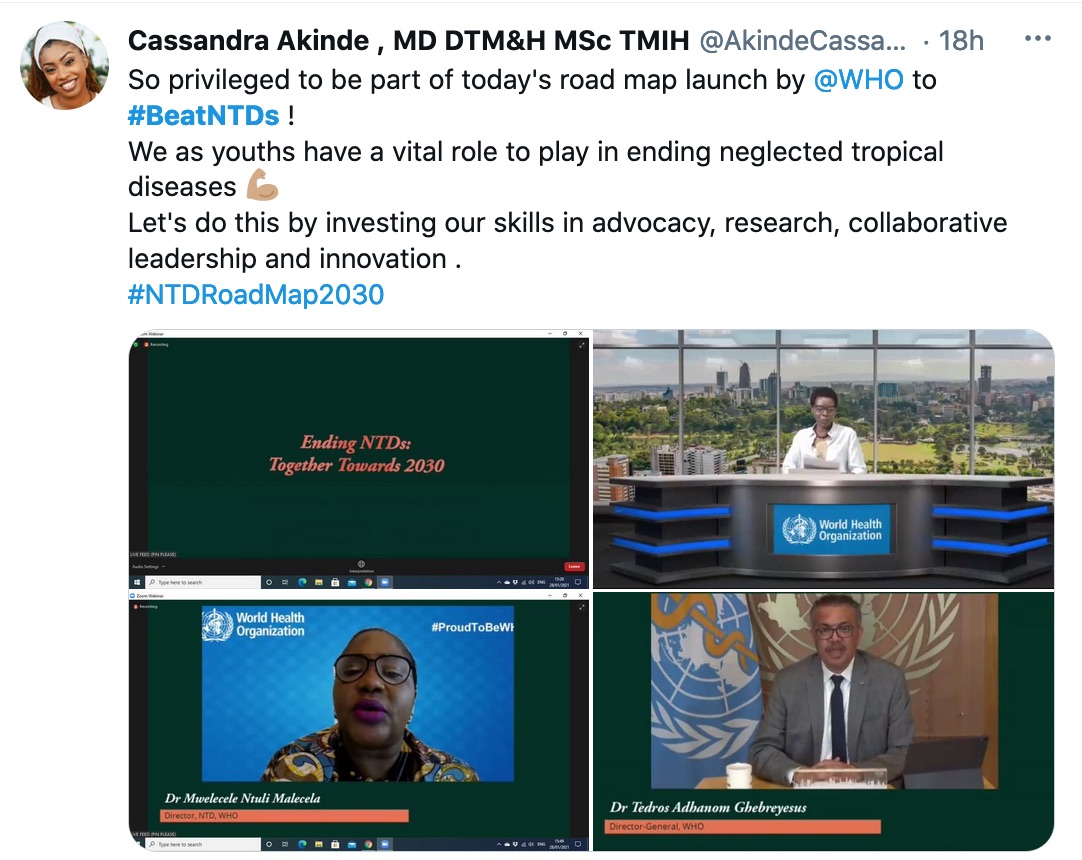 Closing the Gap: how can data drive the change that’s promised?