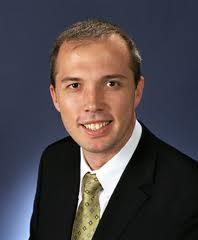 It’s fair to say that Peter Dutton has one of the more difficult jobs in Federal Parliament – particularly at the moment, with just over a month to go before the Federal Budget.  Under pressure from a Treasurer desperate to deliver Budget savings, the Health Minister will need to offer up something in his rapidly growing portfolio.  Luckily for him, there is no shortage of helpful advice from experts across the sector on how to achieve savings within the health sector.

While there appear to be a number of options for saving health dollars, many of the proposals may not offer the short-term budgetary impact that the Government seeks.  Others are unlikely to deliver sustainable savings over the longer term while ensuring our health system remains fair and viable.   Some may be politically or practically unrealistic or simply unethical.  Finding one or more options which will deliver the savings required without losing the support of crucial stakeholders is the Government’s challenge.

The following are some of the key proposals put on the table in recent months by individuals and groups in this area.

The Grattan Institute has no shortage of plans for improving our health system.  Stephen Duckett and his colleagues have mapped out a number of options for the Government to save substantial health system resources. For example, they claim that over $1 billion could be saved to our health system if states government would undertake three minor reforms in relation to public hospital funding, as follows:

1.       They should pay hospitals for treatments on the basis of an average price once all avoidable costs we can measure have been removed.

2.       They should make data available to hospitals so they can compare themselves to their peers and see where they can cut costs.

3.       Governments need to be tougher and hold hospital boards to account when they fail to control costs.

Another Grattan Institute 3-step plan outlines how to save $1.3 billion through changing current pricing arrangements for prescription medicines.  Firstly, we need to become more like New Zealand, where an indexed budget determined by government sets the context, but then an independent expert board makes the priority choices (with public consultation) and negotiates prices. Secondly, we need to cut the price we pay for generic medicines and thirdly we need the new expert board to encourage more cost-effective drug use by focusing on sensible substitutions within classes of similar drugs.

The Consumers Health Forum has suggested that the Government look to the negotiations of the 6th Community Pharmacy Agreement (6CPA) to ensure better value for the money we invest in community pharmacy.  In particular, CHF has pointed out the ways in which the current Community Pharmacy Agreement (5CPA) fails accepted standards of good governance: accountability, participation, predictability and transparency.  While CHF does not put a figure on the amount of money that can be saved through improving governance arrangements for the next agreement, with the 5CPA worth $15.4 billion (over 5 years) even small changes could save the current Government a significant amount.

More ambitiously, a coalition of health IT industry stakeholders has claimed that Telehealth has the ability to slash Australia’s public hospital costs by about $4 billion a year in avoidable hospital presentations related to chronic conditions and improve access to healthcare for the thousands of Australians who wait months to see a doctor. The One In Four Lives group is a collaboration of organisations representing a broad range of the health industry.  The White Paper produced by this group argues for strategies such as expanding Medicare eligibility for services provided out of hospital via telehealth.

A different approach has been taken by Dr Adam Elshaug, NHMRC Sidney Sax Public Health Fellow, and his colleagues who have identified 150 Medicare-funded potentially low value procedures which are routinely provided within our health system.  He argues that by ‘reducing the use of existing services that offer little or no benefit relative to the cost of their public subsidy’ we would be able to reallocated funding to ‘more beneficial or cost-effective services, thus maximising health gain.’

The Private Health Insurers have also weighed into the Budget savings debate by providing a proposal to the Commission of Audit to save $2.6 billion by 2020 through reducing prices for prostheses, such as hip and knee replacements.  In support of this proposal Private Healthcare Australia CEO Michael Armitage has questioned why Australians should pay more for these medical devices than people in many other comparable countries, including New Zealand, the UK and France.

John Menadue has covered the issue of health waste widely in his blog, Pearls and Irritations, including through focussing on workforce reform. He believes that ‘we need expanded roles across the board particularly for nurses, pharmacists, allied health workers and ambulance officers. The Productivity Commission in its February 2007 report estimated that a 5% improvement in the productivity of health services would deliver savings of about $3 billion p.a. This is a very conservative estimate. The health sector in Australia is rife with demarcations and restrictive work practices, e.g. 5 % of normal births in Australia are delivered by mid wives. In the Netherlands it is 70%, in the UK 50% and in NZ 95%. We have a few hundred nurse practitioners when there should be thousands. The work practices at Holden, Toyota and Ardmona are light years ahead of the work practices in the health sector.’

Ex-Abbott adviser Terry Barnes has proposed rehashing a Hawke-era proposal to charge a co-payment for bulkbilling and financial penalties for people who knowingly engage in risk behaviours.    The co-payment proposal has been rejected by groups from the AMA to CHF and criticized by a myriad of experts but is still reportedly being considered by Government.

Finally, the Australian Health Care Reform Alliance has taken a broad approach by recommending the establishment National Health Care Waste Commission to identify areas of ineffective health spending so that funding or health professional time could be redirected to better effect. This waste may arise from a range of sources, including failures of care delivery; failures of care coordination; overtreatment; administrative complexity; pricing failures; and fraud and abuse.  The Commission would ensure that research into these areas is incorporated into mechanisms that drive funding and professional and service behaviour.