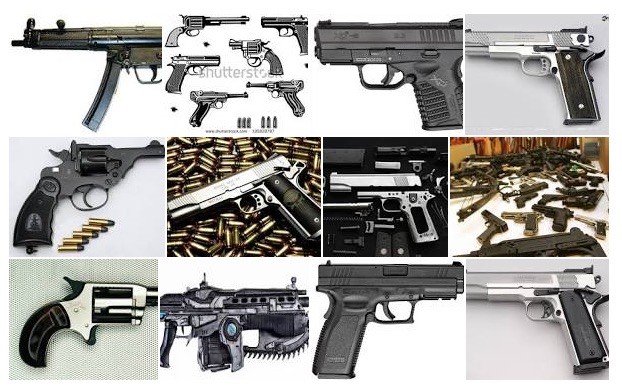 As previously covered at Croakey, psychiatrists Professor Alan Rosen and Dr Michael Dudley were unable to publish their views on gun control on the recent anniversary of the Port Arthur massacre, due to an embargo on a related article imposed by the Medical Journal of Australia.

The article, published online today by the MJA, is titled “The Port Arthur Massacre and the National Firearms Agreement: twenty years on, what are the lessons?” Below is a summary of its authors’ appraisal of psychiatric, public health, epidemiological and medico-legal evidence.

The authors – Dudley, Rosen, Philip Alpers and Rebecca Peters – call for tighter gun control measures, and suggests efforts to focus on the gun control debate on people with mental illness is “futile and deceptive dog-whistling” that whips up stigma and discrimination.

The twentieth anniversary of the Australian National Firearms Agreement (NFA) offers ample lessons for mental health and public health authorities and governments, both in Australia and internationally, demonstrating how firearms regulation can reduce firearm mortality and morbidity.

Together with comparable international legislation overseas, the NFA has wrought highly significant and enduring decreases in gun deaths and injuries.

Meanwhile, gun proponents insist that mental illness should be a key focus in tackling gun violence. In fact, there is only a minor but notable link between mental disorders and community violence.

Contrary to media depictions, most mentally ill people, rather than being perpetrators of violence, are victims of it, and of suicide. Most violent people are not mentally ill, and the majority of mass murderers do not have identifiable severe mental illnesses.

Availability is the critical issue

The inevitable conclusion is that gun availability and gun ownership, not severe mental illness, determines most gun homicides.

Some perpetrators have interpersonal and personality issues which are not readily detectable or predictable in the community as risk factors for individual or mass homicide.

The science of clinical prediction of violent acts or even suicides in this non-clinical general population is notoriously poor. Drug and alcohol abuse can unleash dis-inhibition and violent acts in people both with and without mental illness.

Many victims of these gun deaths and injuries, whether intentional or accidental, are intimates and/or close family members. Having easy, often legal access to guns can make violent urges lethal.

So it is ordinary people within the broad community spectrum of personality styles and passions with ready access to guns that cause the majority of gun deaths and massacres, rather than people with identifiable mental illnesses.

For instance, licensed gun owners appear to be quite average people, except for their penchant for owning guns. They are only just above or below the median in age, education, non-arrest offences, alcohol use, although with a higher than average disposable income, and of course overwhelmingly male, white and without previous convictions for serious violence.

Solutions should certainly include clinician involvement in working with legal authorities in monitoring and regulating firearm access, especially among clearly high risk and vulnerable individuals of all ages. These include particular occupational groups when distressed, such as farmers, rural residents, hobby and professional shooters or gun-owners, and security or law-and-order personnel.

Individuals experiencing an active phase of a mental illness might just be one category among many, of individuals requiring such monitoring.

However, undoubtedly the most effective and direct solution is wider gun control measures.

There is no cause for complacency as guns are proliferating in Australia again. Our gun laws are being undermined by the powerful parliamentary and regional gun lobbies.

These lobbies seek to deflect the gun control debate, to simplistically blame people with mental illness. This is futile and deceptive dog-whistling, just whipping up more stigma and discrimination, further marginalising good people who are struggling in so many of our Australian families.

We conclude that wider and tighter gun control measures should be the more pressing priority.

The campaign to deflect social concern over firearms availability into a debate overwhelmingly about whether people with mental illness histories should access such weapons must be exposed as a calculated appeal to prejudice.