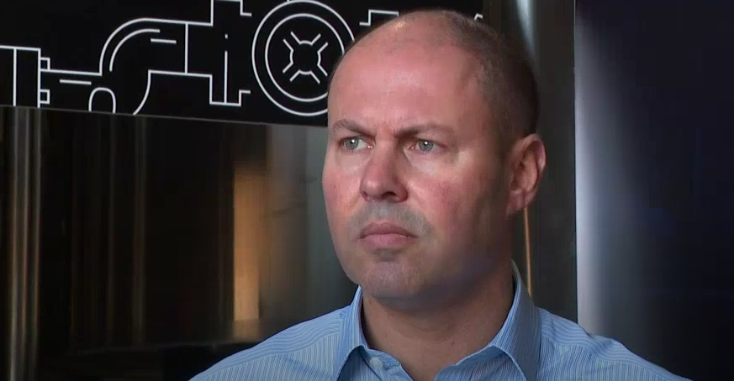 The Public Health Association of Australia (PHAA) has raised serious concerns about the Australian Government’s decision to introduce a ban on all flights from India and draconian penalties such as fines of up to $66,000 and five years’ imprisonment for Australians who seek to come home from India.

“The decision is placing Australians who are overseas in greater danger, and raising serious questions of human rights violations and whether discrimination is a factor,” the PHAA said in a statement, questioning the medical evidence behind the decision which has singled out India in ways that other countries, including the US and UK, were not.

Australia’s decision, announced by Health Minister Greg Hunt after midnight on Saturday, has also been widely slammed on human rights grounds, including in a weekend statement released by the Australian Human Rights Commission.

The Commission said the Australian Government must publicly justify the need for such restrictions and “must show that these measures are not discriminatory and (are) the only suitable way of dealing with the threat to public health”.

Asked by media about threatening Australians with five years prison if they attempt to come home from India, Treasurer Josh Frydenberg said the decision was temporary and “based on the medical advice”.

However, pressed about the issue, Chief Medical Officer Professor Paul Kelly told ABC Radio National’s Breakfast program today that “no advice was given” in relation to the hefty fines and jail terms.

In the PHAA statement, CEO Adjunct Professor Terry Slevin said the Australian Government’s decision on returning nationals from India “does not appear to be a fair or proportionate response” to the current humanitarian crisis in India, but rather appears to be “a short-sighted and punitive approach that is an overreaction to the circumstances”.

“This travel ban is being widely condemned by many senior people in the public health community, including many PHAA members, who see it as an unprecedented measure that is being enacted under a health banner, but which lacks any clarity as to the objective analysis on which it is based,” he said.

Slevin said restrictions on domestic and international travel are acknowledged by public health experts as being a necessary tool to combat the pandemic, but one that should be used with appropriate caution and in an unbiased, transparent and evidence-based manner.

“We are not saying there should never be travel restrictions imposed on people returning from overseas during the global pandemic; but we are saying that any such restrictions need to be based on strong evidence for their need, and clearly stated and standard criteria that means any restrictions are consistently applied and non-discriminatory by nature,’” he said.

The PHAA noted that India has fewer coronavirus cases per capita than either the US or the UK during their similar surges and yet no such ban was introduced for them. While there is some uncertainty around exactly how many cases India has, its cases are still unlikely to be exceeding rates experienced in other countries in recent times, it said.

Slevin said it was unclear why travellers from India are being subjected to a blanket ban when other countries are in similar situations with their outbreaks and Australia continues to accept travellers from them, and did from the UK and US last year when those countries were in the midst of disaster with extraordinary numbers of COVID cases diagnosed daily.

“Allowing returning travellers from India would not exceed the existing caps on the number of people in quarantine in Australia which are based on capacity,” he said.

“If we sought to strengthen our quarantine system as per expert advice provided last week by PHAA President Tarun Weeramanthri, we would be in an even better position to accept Australians returning from overseas.”

The tweets below are by the Editor in Chief of The Medical Journal of Australia, Professor Nick Talley, and the Federation of Ethnic Communities’ Councils of Australia. 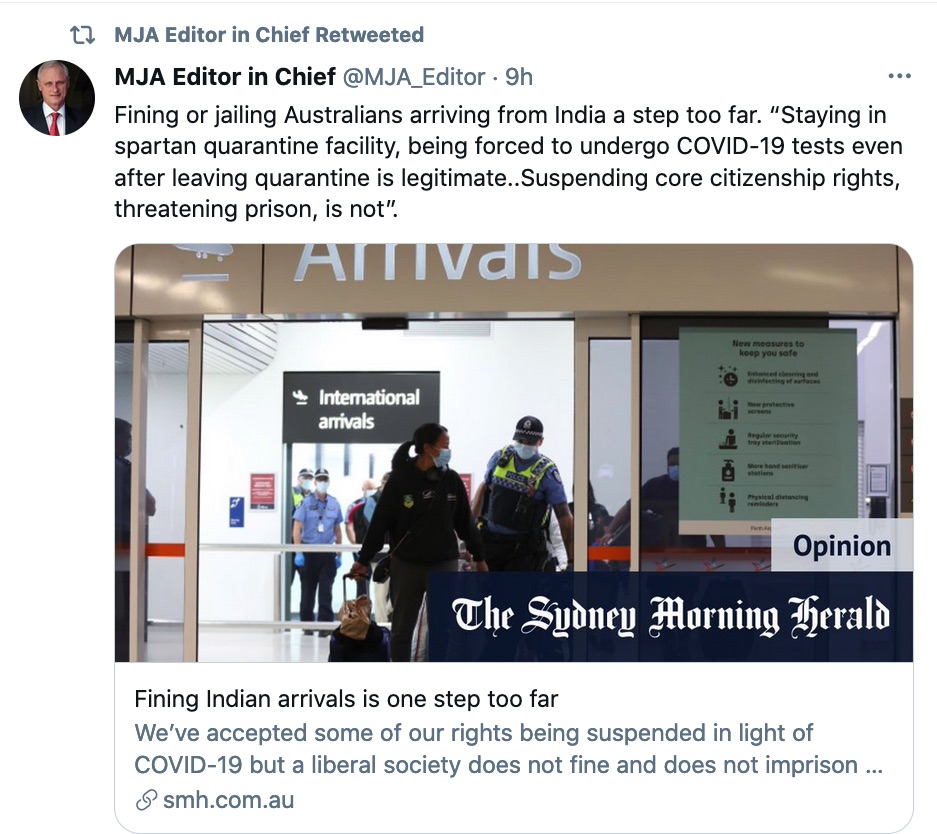 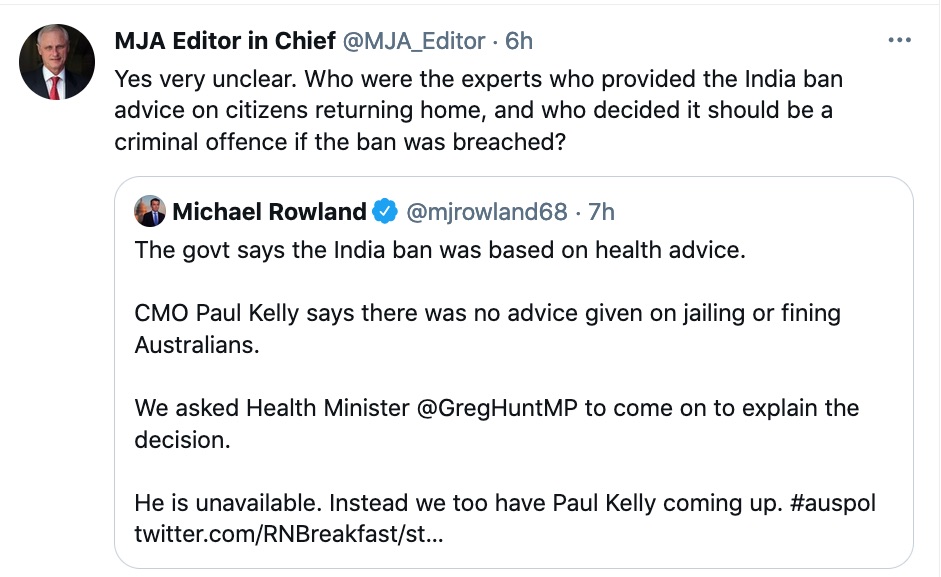 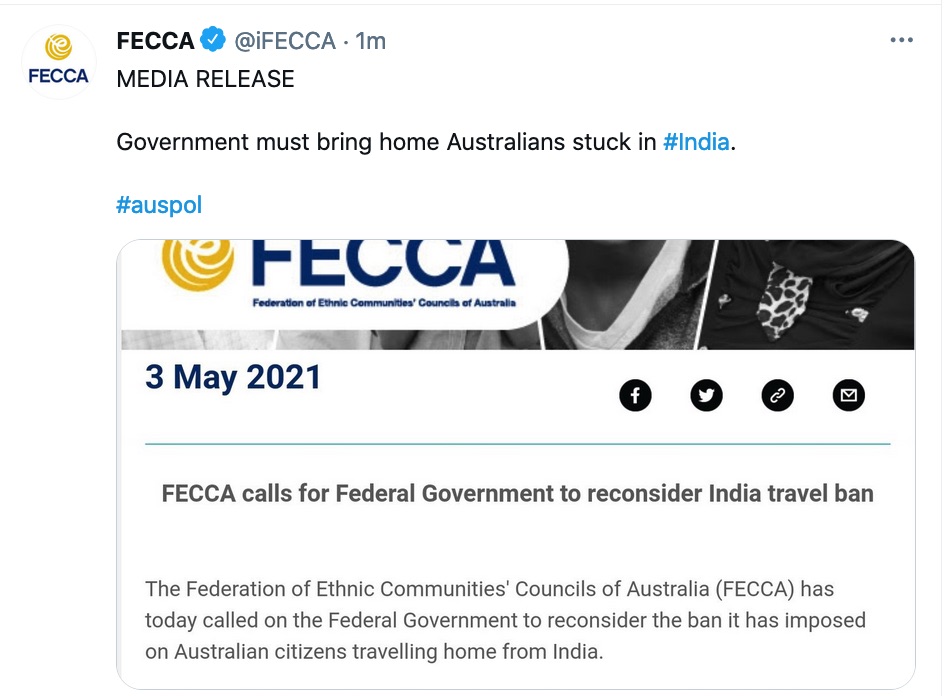