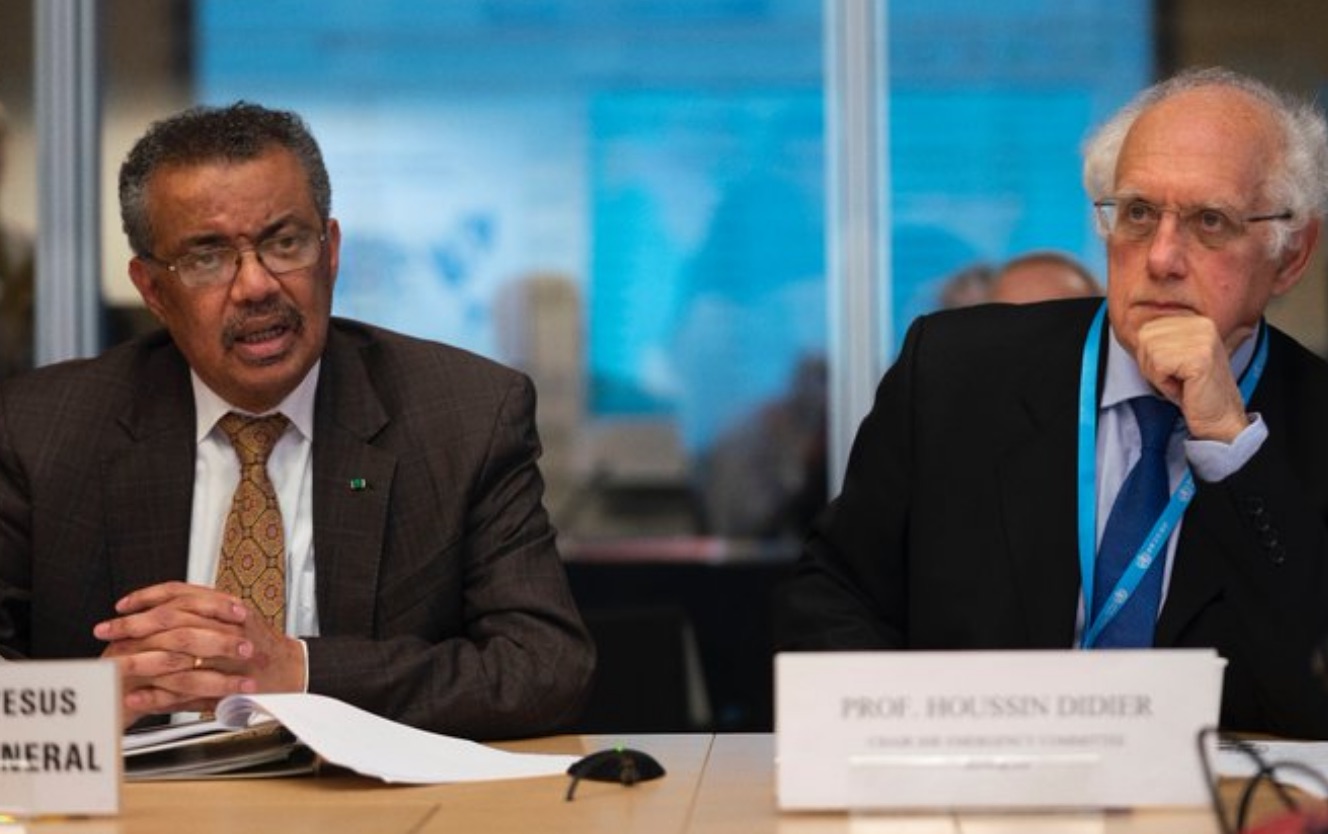 At the World Health Organization, announcing a Public Health Emergency of International Concern (Image via @WHO)

As the World Health Organization (WHO) declares the coronavirus outbreak in China a Public Health Emergency of International Concern (PHEIC), it is timely to consider the risks to human rights that are associated with emergency declarations in general, and quarantine restrictions in particular.

But first, a quick overview of the PHEIC, a framework introduced as part of the 2005 International Health Regulations. Since then, the WHO has declared six such public health emergencies: the 2009 H1N1 “swine flu” pandemic, a 2014 declaration following the resurgence of wild poliovirus, the 2014 West African Ebola epidemic, the Zika emergency of 2015-16, a 2018-19 outbreak of Ebola, and now the #2019nCoV outbreak.

Under a PHEIC, the WHO issues temporary recommendations which are “non-binding but practically and politically significant measures that can address travel, trade, quarantine, screening, treatment”. WHO can also set global standards of practice and hold countries to account when they needlessly exceed these global standards.

According to WHO Director-General Dr Tedros Adhanom Ghebreyesus, more important than the declaration of a public health emergency are the recommendations from the WHO’s Emergency Committee (summarised here by global public health lawyer Dr Alexandra Phelan), which are aimed at ensuring “a measured and evidence-based response”.

The Emergency Committee does not recommend any travel or trade restriction based on the current information available – meanwhile, the Centers for Disease Control and Prevention and the State Department in the US have issued alerts warning against travel to China.

The WHO says that governments implementing additional health measures that significantly interfere with international traffic (such as refusal of entry or departure of international travellers) are obliged to send to WHO the public health rationale and justification within 48 hours of their implementation. WHO will review the justification and may request countries to reconsider their measures.

The WHO says it is critical to ensure the international response is balanced, to protect human health in ways that are “neither over-reactive nor under-reactive”.

Watch the WHO press conference announcing the declaration; also read this summary of tweets from WHO Director-General @DrTedros, who says the greatest concern is the potential for the virus to spread to countries with weaker health systems, and which are ill-prepared to deal with it.

He congratulates China for “the extraordinary measures” it has taken to contain the outbreak, despite “the severe social and economic impact those measures are having on the Chinese people”.

Now, to the human rights context of emergency declarations. Times of emergency can be dangerous for those with least power, including minorities, and groups who experience racism, discrimination and exclusion.

In Australia, we have only to remember the 2007 Northern Territory Emergency Response, its human rights violations and the wide-ranging and long-lasting adverse repercussions for Aboriginal people and communities.

Human rights organisations have been sounding the alarm about some of China’s responses to the outbreak.

It is noteworthy that the WHO declaration says: “Countries are cautioned against actions that promote stigma or discrimination.”

Similar concerns are also highlighted in the WHO Guidance For Managing Ethical Issues In Infectious Disease Outbreaks: “Some individuals and groups face heightened susceptibility to harm or injustice during infectious disease outbreaks”.

Have health and other authorities been planning for how to deal with the stigma and discrimination that are a predictable outcome of an outbreak like this?

It is now important there be strong leadership, from governments, the health sector and civil society, to stamp out the racism and discrimination that is being reported in Australia and around the world.

The Federation of Ethnic Communities’ Councils of Australia (FECCA) has issued a statement warning that the coronavirus must not be allowed to be used as an excuse for racist behaviour.

We have heard reports from Asian Australians that there has been an increase in racism and anti-Asian language and behaviour in the wake of the coronavirus outbreak.

This type of language and behaviour makes people feel unsafe and as a society we cannot allow it to become normalised.

We cannot sit back and let people who hold racist views use the conoravirus as an excuse to vilify members of the community. Our leaders and indeed all Australians must call out racism whenever, and wherever they see it.

It’s also important that our leaders follow the medical advice in relation to coronavirus containment measures and avoid any comments or actions that may be inflammatory or prejudicial to Chinese Australians.

Going beyond the medical advice does nothing to improve public health outcomes or the containment of the coronavirus.” 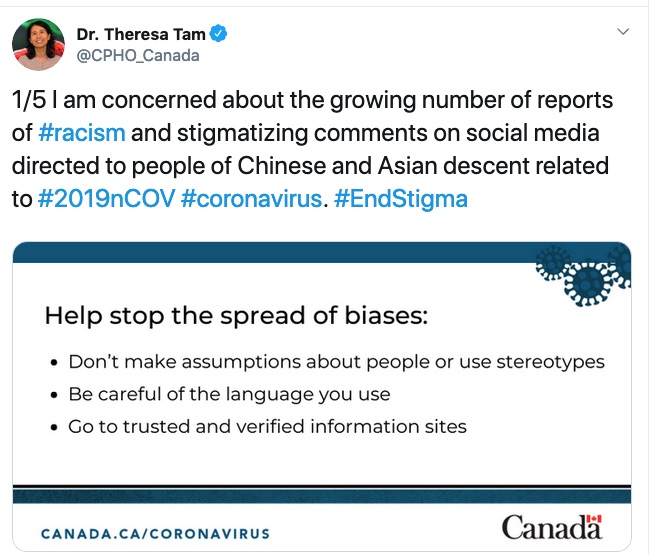 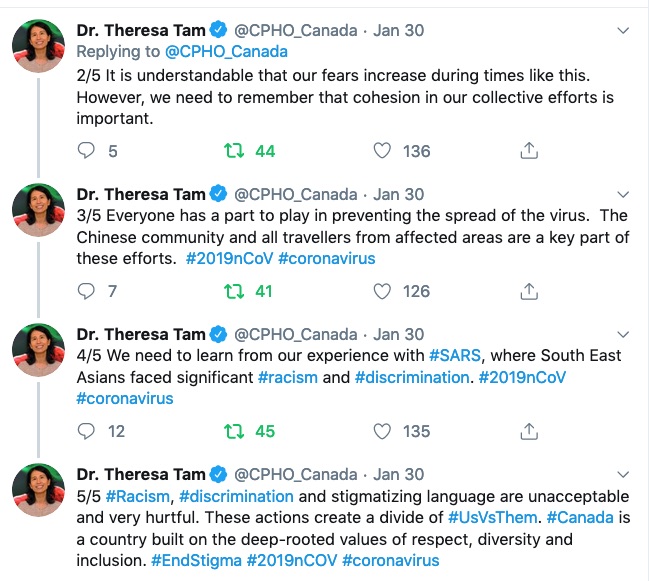 This racialised context is important when considering quarantine policies, including the plan to locate Australians evacuating from China on Christmas Island, despite strong opposition from the Australian Medical Association (AMA).

Around the world, quarantine has a long history of being a tool of discrimination and oppression, especially against Indigenous people and minority groups.

In Australia, the history of quarantine is embedded in the history of colonisation and White Australia policies, including the incarceration of Aboriginal and Torres Strait Islander people on remote islands.

So there is some historical legacy, as well as a more contemporary political context to Home Affairs Minister Peter Dutton’s plan to turn Christmas Island into a quarantine station.

It is not clear, from the Federal Health Department website, whether the Australian Health Protection Principal Committee or the Chief Medical Officer (CMO) support the plan.

However, Australian Medical Association president Dr Tony Bartone, who has been receiving regular briefings from the CMO, does not.

He told journalists yesterday that medical specialists had identified alternative sites that could house the evacuees: Woodside Barracks in South Australia and another defence facility in the Northern Territory.

He said Christmas Island was not suitable:

Because remember, we’re having to utilise the assistance of AUSMAT teams. They are highly trained medical specialists and Defence personnel to go into what we normally reserve for disaster relief activities…

So we’re utilising a group of extremely well-trained medical personnel to backfill and support a facility that otherwise we didn’t think was up to scratch for the housing of a group of vulnerable other human beings – notably, the asylum seeker refugee population that were housed previously there.

And so, that is imposing another level of stress, another level of worry and concern on an already worried group, an already fearful group of Australians, who, the only crime, if you want to say anything, that they’ve committed, is to be in the wrong place at the wrong time. And so, they really should be extended the caring arm of a caring government.”

Another question is the equity of treating these evacuees differently to other Australians who may have been exposed to the virus.

We only have to look to some of the public discussion to date, with TV presenter Karl Stefanovic comparing the evacuees to nuclear waste, to see how carefully quarantine plans should be handled, to avoid causing further harm to vulnerable people. And also:

Quarantine raises many human rights concerns, and has enormous potential for unintended consequences, as per this tragic story from China, of a disabled teenager dying at home after his parents were confined to quarantine.

Upholding human rights during times of public health crisis is not only important for moral, ethical and legal reasons; it is fundamental to effective control of epidemics, not least because abuses of human rights undermine trust in authorities and their recommendations.

According to Human Rights Watch:

International human rights law, notably the International Covenant on Civil and Political Rights (ICCPR), states that restrictions such as quarantine or isolation of symptomatic people must, at a minimum, be provided for and carried out in accordance with the law.

They must be strictly necessary to achieve a legitimate objective, the least intrusive and restrictive available to reach the objective, based on scientific evidence, neither arbitrary nor discriminatory in application, of limited duration, respectful of human dignity, and subject to review.

When quarantines are imposed, governments have absolute obligations to ensure access to food, water, and health care.”

As well, says Human Rights Watch, rights-restricting measures should also be implemented with consideration to the public’s willingness to comply with government control efforts – especially in large-scale responses, voluntary compliance with home isolation and social distancing can be more compatible with human rights and more effective than coercive measures and harsh enforcement, which can lead individuals to avoid screening and care.

It is critical that decisions about quarantine are based upon not only the best available public health advice, but also consideration of wider human rights and ethical concerns.

Playing politics with such sensitive issues – as Home Affairs Minister Peter Dutton has done, suggesting Bartone’s opposition to the Christmas Island plan was motivated by opposition to Operation Sovereign Borders – risks undermining the integrity of the public health response.

In 2017, the Australian National Audit Office published a detailed review of the Health Department’s response to three communicable disease outbreaks, including SARS in 2003 and the 2009 H1N1 influenza pandemic.

Hopefully some future independent and transparent review of the unfolding response to the coronavirus outbreak will not only assess the processes and technicalities involved, but also some of the ethical and human rights considerations.

As noted by the publication, WHO Guidance For Managing Ethical Issues In Infectious Disease Outbreaks:

Infectious disease outbreaks are periods of great uncertainty. Events unfold, resources and capacities that are often limited are stretched yet further, and decisions for a public health response must be made quickly, even though the evidence for decision-making may be scant.

Bioethics puts people at the heart of the problem, emphasizes the principles that should guide health systems, and provides the moral rationale for making choices, particularly in a crisis.”

Tedros has urged countries to work together “in a spirit of solidarity and cooperation” in tackling the outbreak. “We are all in this together and we can only stop it together,” he says.

But solidarity relies on trust, transparency and equity.

• Bookmark the link to this previous Croakey article for useful links and news as the outbreak unfolds.

PrevPreviousAt a time of looming crisis, a vision for health system transformation
NextHazardous smoke waves: governments must do more to protect public healthNext