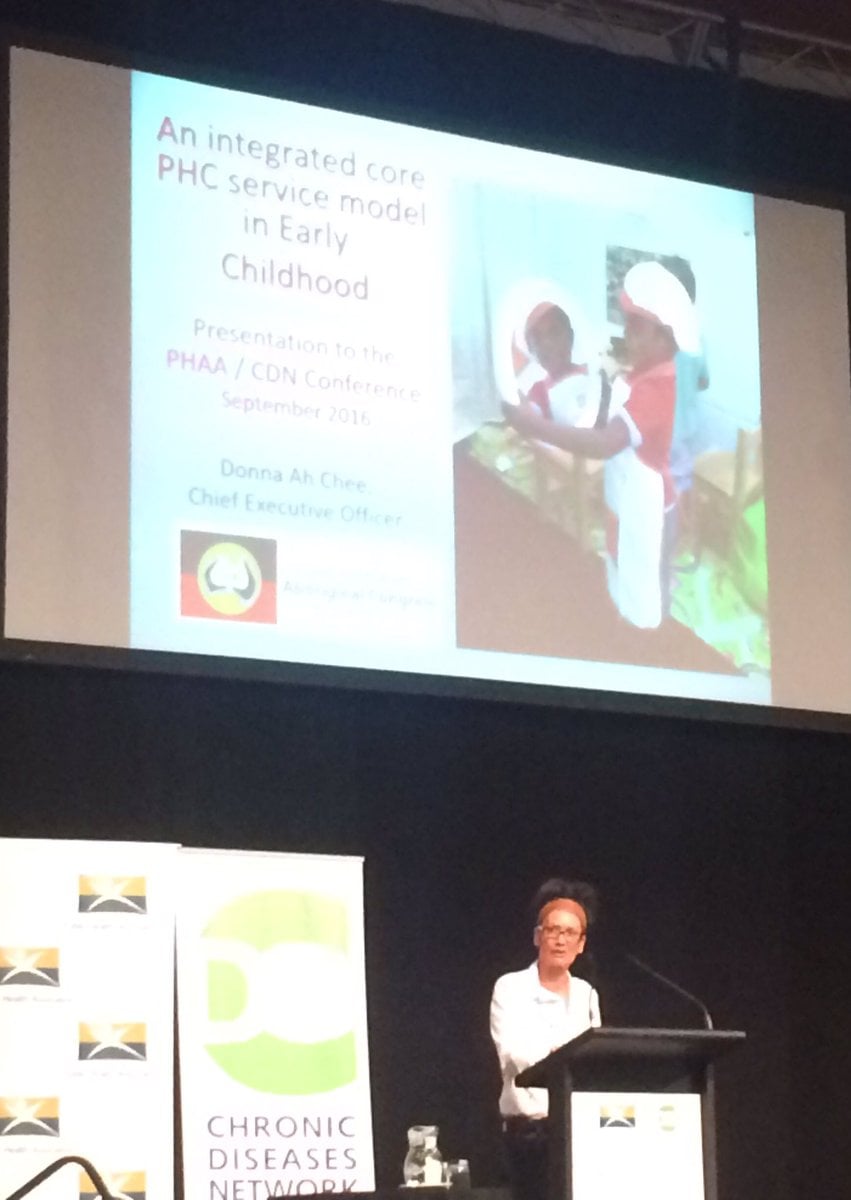 The Conference theme was based around the World Federation of Public Health Associations Global Charter for the Public’s Health, with a focus on services proposed in the charter of protection, prevention, promotion.

Luckily for those unable to attend the conference there was a steady stream of tweets highlighting some of the main themes arising out of the sessions.

These included the importance of early childhood in reducing inequities in health later in life, the need for recognition of the impact of colonisation and racism on the health of Aboriginal and Torres Strait Islanders, an increased focus on prevention in order to reduce the impact of chronic disease and the fundamental role of social determinants in influencing health throughout the lifespan.

The following is a compilation of some of the tweets coming out of the conference, for more conference tweeting search Twitter using the hashtag #PHAACDN2016

.@Matt_Cooke86 agree with Rohan we have a majority of our 302 clinics managed by great #indigenous leadership teams #PHAACDN2016 https://t.co/uTIW6DRi2S

Historical acceptance: Aus cannot move forward until we get our history right. Teach truth so we don't make the same mistakes #PHAACDN2016

Donna Ah Chee says that if early childhood was a medicine, it would be funded universally! #PHAACDN2016

My key take home msg from Donna Ah Chee: if u get early childhood right they will be able to make their own way out of poverty #PHAACDN2016 pic.twitter.com/tHtQmosdns

Best way to close the gap between Aboriginal ppl & other Aust is to make sure it doesn't happen in the 1st place Donna Ah Chee #PHAACDN2016 pic.twitter.com/CtAh0OhkNz