Cairns-based obstetrician and gynaecologist Professor Caroline de Costa was last night named the recipient of the 2013 Sidney Sax Public Health Award, bestowed by the Public Health Association of Australia (PHAA) at its annual conference in Melbourne.

The award was announced by former Labor Health Minister Nicola Roxon, who was the 2012 recipient.

De Costa, who has written regularly for Croakey, could not be in Melbourne to accept the medal as she is overseas, but she talked about her work and future priorities in the Q&A below.

The annual award is bestowed on a person who has provided a notable contribution to the protection and promotion of public health, solving public health problems, advancing community awareness of public health measures and advancing the ideals and practice of equity in the provision of health care.

The PHAA said de Costa “has an outstanding record for the advancement of public health within Australia, particularly in the area of women’s health.”

“She has been a leading voice in the debate around abortion provision in Australia, made significant contributions to the reproductive health of Indigenous and migrant women, and has also advocated for workforce issues for women. She is a clinician, researcher and advocate for public health.”

Other awards presented by former Minister Roxon at the event included:

“Aside from her stellar track record as a public health academic, what distinguishes Professor Friel as a mentor and role model for early career public health researchers is her unrelenting commitment to addressing socially-produced health inequities through her work, along with a natural ability to motivate and inspire others. She is a constructive, open-minded, and generous with her knowledge and experience.

Her mentoring qualities are evident in the effort she consistently puts into her work, the positive team environment she creates amongst her research staff and students, and the esteem with which she is held within our the academic community. She has a rare capacity to combine a ‘big picture’ vision with being highly detail-oriented and contribute to day-to-day tasks while providing strong direction and leadership.” 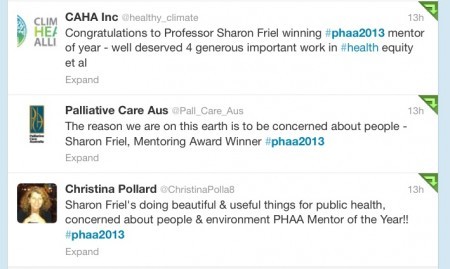 Shearman was recognised “for contributing extensively to policy development, research translation and advocacy in the combined fields of environment and health, within Australia and internationally.” 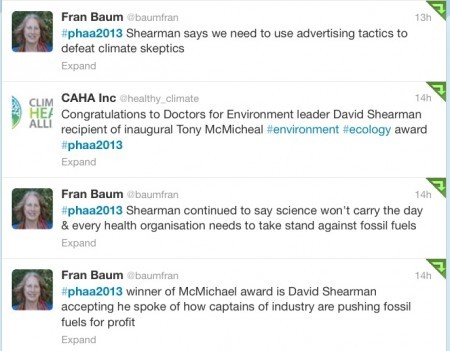 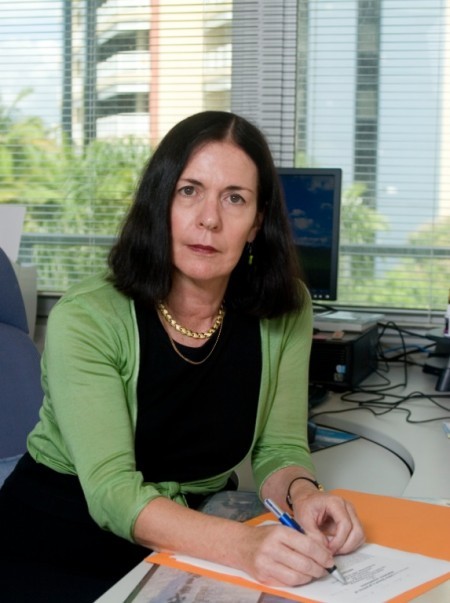 Q: What shaped your interest in working in health, and in particular women’s health?

I trained as an undergrad and in specialist obstetrics and gynaecology in Ireland in the 1960s-70s. There was no access for poorer women to contraception, abortion or divorce, and only minimal access for better-off women. I saw the results of this on women’s health and lives and was involved in the first women’s lib movements in Ireland. I felt that by specialising in women’s health I might help improve the situation.

Q: What do you count as your major achievements in debate and policy on women’s health? What about failures (or lack of success)?

Everything I have done has been in conjunction with other women and men. Seeing the increasing number of women undergrads in medicine and particularly in obstetrics and gynaecology has been very rewarding. The increasing availability of medical as well as surgical abortion is also worth mentioning and I think there is a gradual shift within the profession and in Australian society generally to accepting abortion as an important health issue for women that should not be stigmatised – although we still have a way to go with this.

Q: What have been the hardest battles?

Trying to change state abortion laws – the majority of states still have abortion in their criminal legislation.

Q: Do you have concerns about abortion provision in Australia under the new Coalition Government and where do you see any challenge?

I do not think attempts to reduce women’s access to RU486 and medical abortion are likely to be made, and certainly there would be strong public opposition to this. Most abortion law is state law and there is still strong resistance to change at state level(due to minority pressures) for example in Queensland, that may be hardened in the presence of a conservative Federal Government; there are also some attempts in some states to make abortion law more restrictive.

Q: What are the major health issues facing women in Australia now, in particular Indigenous and those who have come as migrants, and where do you see hope?

The major health issues in the reproductive health area now are cancers (breast, ovary) and other cancers such as bowel and lung are also important; women also need to be more aware of the risks of cardiovascular disease, and of obesity. This is true of all women including Indigenous and recently-arrived immigrant women.

Q: How did your experience in Papua New Guinea shape your approach to health and the work you do now?

It confirmed women’s need for control of their reproductive health and the importance of this to their own long-term wellbeing and that of their families.

Q: What are the big workforce issues for women that also impact on their health and how are they currently being addressed in research, policy and practice?

Being able to combine work with pregnancy and childbearing, and subsequently caring for a family. Parental leave is an important issue we are grappling with in regard to specialist training in obstetrics and gynaecology. Full acceptance of part-time work for women doctors in all specialties needs to be more widely accepted and integrated into training programs and employment arrangements. There are definitely moves currently to deal with these issues but we have further to go.

Q: What is the future for public health in Australia under the Coalition Government, and where do you see both opportunities and challenges in the next term?

Pass on this one!

Q: In your experience, what are the factors that combine to bring real significant policy change?

Input into decision making from people actually practising in the field.

Q: What is the focus of your research and policy work now?

I am interested in improving pregnancy outcomes for women in north Queensland– we have been looking at vitamin D levels in women in the region, access to obstetric services, incidence of foetal alcohol syndrome and its prevention, caesarean section rates and whether these can safely be lowered if appropriate.

Q: What does being a Sidney Sax Award recipient mean to you?

I am very honoured to receive the award, it has been quite unexpected.