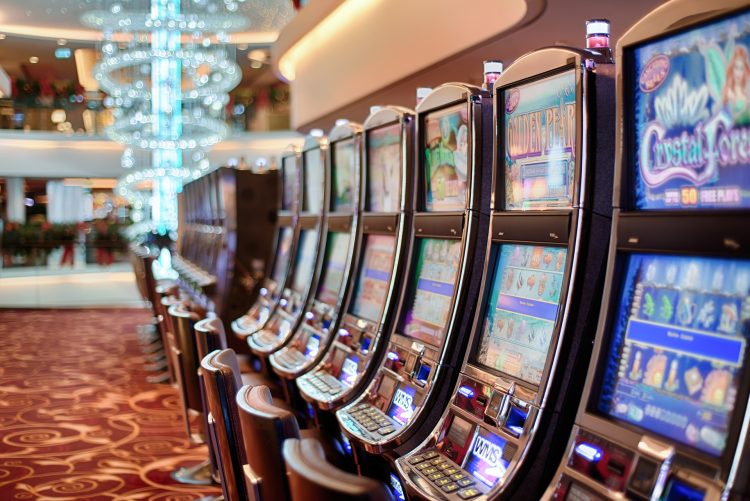 In response to the coronavirus, the City of Melbourne has announced closures of all its libraries, swimming pools, recreation centres, arts and cultural venues, visitors centres, community hubs, adventure playgrounds and maternal and child health centres.

It is also suspending permits for events and advising other businesses within the city to follow the advice of governments on minimising the risk of transmission throughout the community.

However, one venue in Melbourne that is continuing to operate during this period is Crown Casino. This is because the Victorian Government has exempted Crown from adhering to its ban on indoor gatherings of more than 100 people.

As Associate Professor Charles Livingstone, School of Public Health & Preventive Medicine at Monash University, points out below, this could expose the Victorian population to unnecessary risk, given the older age of many pokie machine users and the proven addictive nature of this form of gambling which makes it difficult for people to make rational choices about their gambling behaviour.

Public health academics have written to the Victorian Premier, Daniel Andrews, asking him to reverse this exemption and are calling for support for this measure from prominent ex-Health Department leaders Jane Halton and John Horvath, both of whom are non-executive directors of Crown.

Update on 21 March: The Victorian Government has overturned the exemption, reports The Age.

In Victoria, the Victorian Arts Centre, theatres, gyms, pools, and the National Gallery of Victoria have closed. AFL games are to played in empty stadiums and a number of Universities and some schools have moved to online teaching.

However, Victorian Premier Daniel Andrews told the ABC in Melbourne on Thursday 19th March that Crown casino’s pokie rooms would be exempted from the recently announced 100-person limit on indoor gatherings.

The Premier explained this was because Crown is a ‘unique’ venue for Victoria. Clearly,  Crown’s reputation for special treatment has not been affected by the pandemic.

Elsewhere around Australia other pokies clubs and pubs are, like Crown, continuing to operate.  Many are following the advice from ClubsNSW, that shutting down every second machine, and treating every gambling room as a separate space for the 100-person limit, is an adequate response to the coronavirus pandemic.

On Monday 16th March, a group of Public Health academics (including this writer) wrote to all State and Federal health ministers and gambling ministers pointing out the risks of continuing to allow poker machine venues to operate as the Covid-19 epidemic contuse to escalate in Australia.

Halton and Horvarth on Crown Board

Crown’s Board has been reorganised lately, with a new Chair announced (former Liberal Minister Helen Coonan), but two figures well known to the Public Health community continue to sit as non-Executive Directors. They are Jane Halton, former Secretary of the Commonwealth Department of Health (well known for her role in the ‘kids overboard’ affair), and Professor John Horvath, former Commonwealth Chief Medical Officer.

Horvath sits on the Corporate Responsibility and the Responsible ‘Gaming’ committees. Halton sits on the Risk Management committee. All of these committees offer ample scope for consideration of the risks and issues associated with allowing large numbers of people to congregate and use gambling machines.

Given their public health expertise, and indeed Halton’s prominence in commenting on the risks of the virus, it’s perhaps surprising that Crown continues to operate gambling machines at this time. With such strong backgrounds in public health, Horvath and Halton must clearly understand the nature and dangers of the pandemic.

Therefore, it is reasonable to expect them to use whatever influence they have with Crown to encourage it to take a more responsible approach.

Perhaps more importantly, providing a lead to the rest of the gambling industry would be of major benefit in these dangerous and difficult times.

Charles Livingstone is an Associate Professor at the School of Public Health & Preventive Medicine, Monash University

PrevPreviousLearning from Aboriginal and Torres Strait Islander communities – the 2020 Close the Gap Report
NextWhen country is burnt right, our mother is healthy. We are healthy.Next