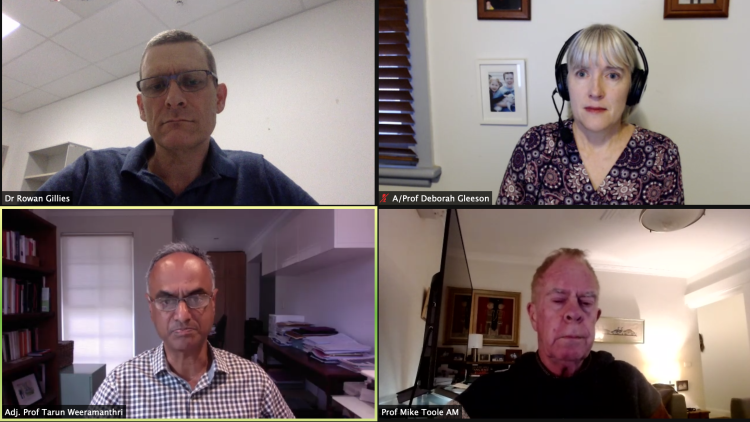 Introduction by Croakey: Public health and civil society groups in Australia are urging the Government to support temporary changes to the international intellectual property agreement ‘TRIPS’ being considered at a World Trade Organization meeting on 30 April.

With India being devastated by a new COVID-19 wave and many other regions still at grave risk, Jennifer Doggett reports below on a Public Health Association of Australia (PHAA) webinar to discuss the importance of the TRIPS waiver and other strategies to combat the growing COVID-19 crises in many developing countries.

The Agreement on Trade-Related Aspects of Intellectual Property (TRIPS) provides a 20-year monopoly for patents and was set up to incentivise companies to invest in research and development.

However, public health experts believe that TRIPS is now acting as a barrier preventing the sharing of knowledge and transfer of technology needed to combat the Covid-19 pandemic. This is particularly affecting poorer countries as it prevents them from manufacturing generic versions of vaccines for use by their citizens.

Last year South Africa and India proposed a waiver of several provisions in the TRIPS agreement to enable urgent action to combat the pandemic. However, this measure has been blocked by a number of wealthy countries, including the USA, most of Europe and Australia.

There are some indications that the USA might be shifting in this issue but so far no formal announcement of support has been made and the Australian government has not indicated any change in its opposition to the measure.

Opening a Public Health Association of Australia (PHAA) webinar on the issue last week, PHAA President Tarun Weeramanthri invited participants to look at the “bigger picture” of the global pandemic from both a practical and ethical point of view.

He framed this discussion around a number of contrasting perspectives:

And concluded by posing the questions:

The importance of taking a global view was also emphasised by Professor Michael Toole, an epidemiologist and public health physician from the Burnett Institute and a founding member of Medecins sans Frontieres, Australia.

He described the third surge in Asia as “extremely concerning” and the situation in India as “totally out of control”, suggesting that the official COVID death rates from India are likely to be under-reported. 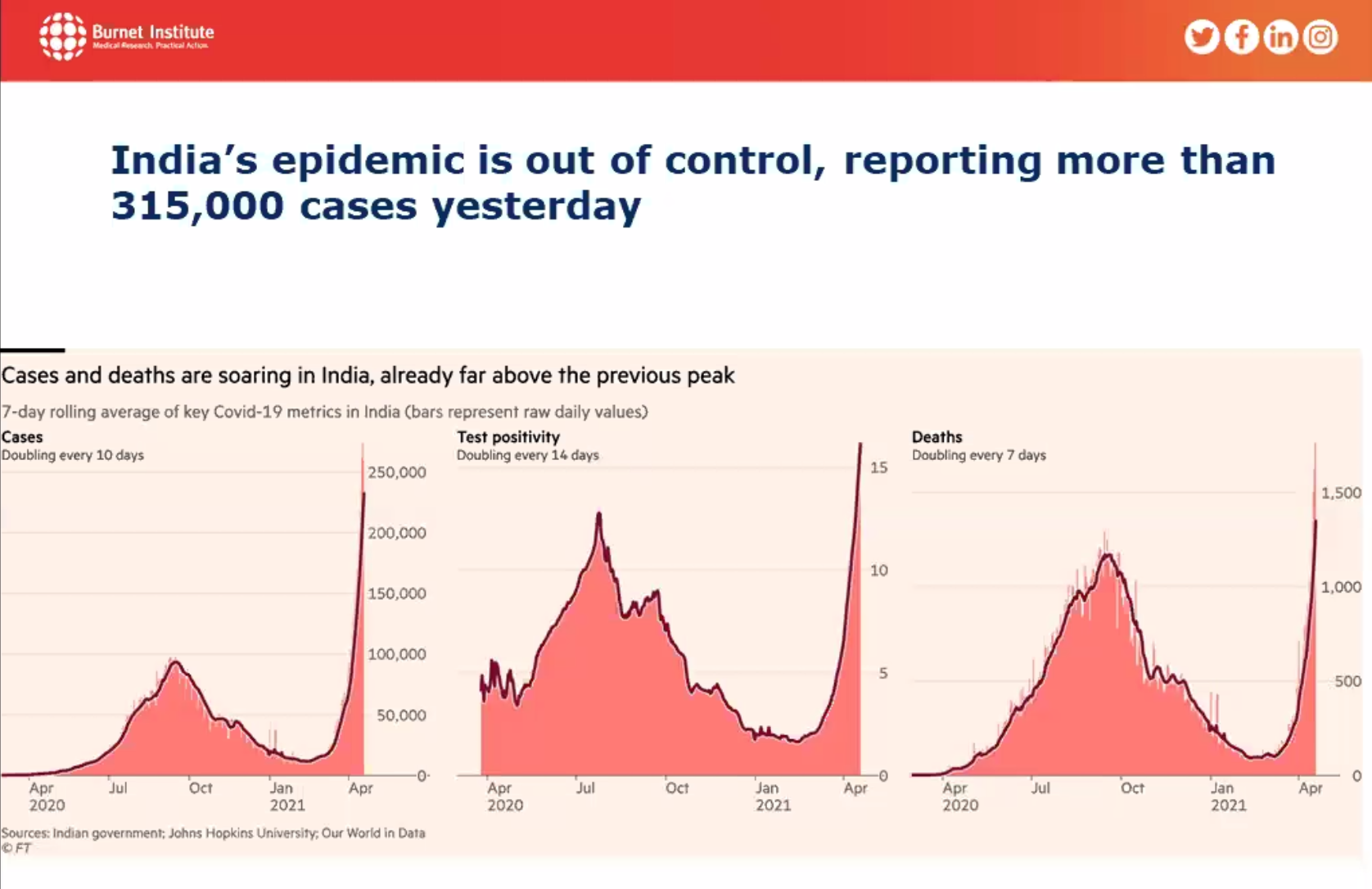 Toole also stressed the implications of this emerging crisis for Australia and other wealthy countries.

“If the outbreaks in developing countries are not controlled, new vaccine-resistant COVID-19 variants will emerge which will eventually spread throughout the world,” he said.

Toole warned that there was a high likelihood that India will shortly stop exporting vaccines, which would have significant impact for global supply as the Serum Institute of India is the world’s largest vaccine manufacturer.

Along with an increased supply of vaccines, he stressed that developing countries experiencing outbreaks need to also ramp up containment measures, such as masks, physical distancing, the avoidance of large gatherings and improved indoor ventilation.

He described Australia as ‘relatively generous’ in its support of COVAX and a $500 million commitment to support health system logistics to roll out the vaccine in the Asia Pacific, as well as a direct donation of vaccines to neighbouring countries, including Papua New Guinea, the Solomon Islands and Vanuatu.

However, he urged the government to take more of a leadership role in the Asia Pacific by reaching out to other wealthy countries in the region, such as Japan, Singapore and South Korea, and working together on a joint strategy.

Toole also noted that most wealthy countries have not made a similar commitment to donate excess vaccines and that many of them were competing with COVAX by negotiating deals directly with vaccine manufacturers.

Associate Professor Deborah Gleeson identified the humanitarian, health and economic reasons why Australia should support the equitable distribution of vaccines.

She said there was currently a significant under-investment in COVAX of around $2 billion which is needed to meet its target of vaccinating 20% of the world’s population by the end of 2021.

She described how Australia had reserved enough vaccine to immunise our entire population three times over, whereas poorer countries such as Brazil and Indonesia were unable to meet their population’s needs. 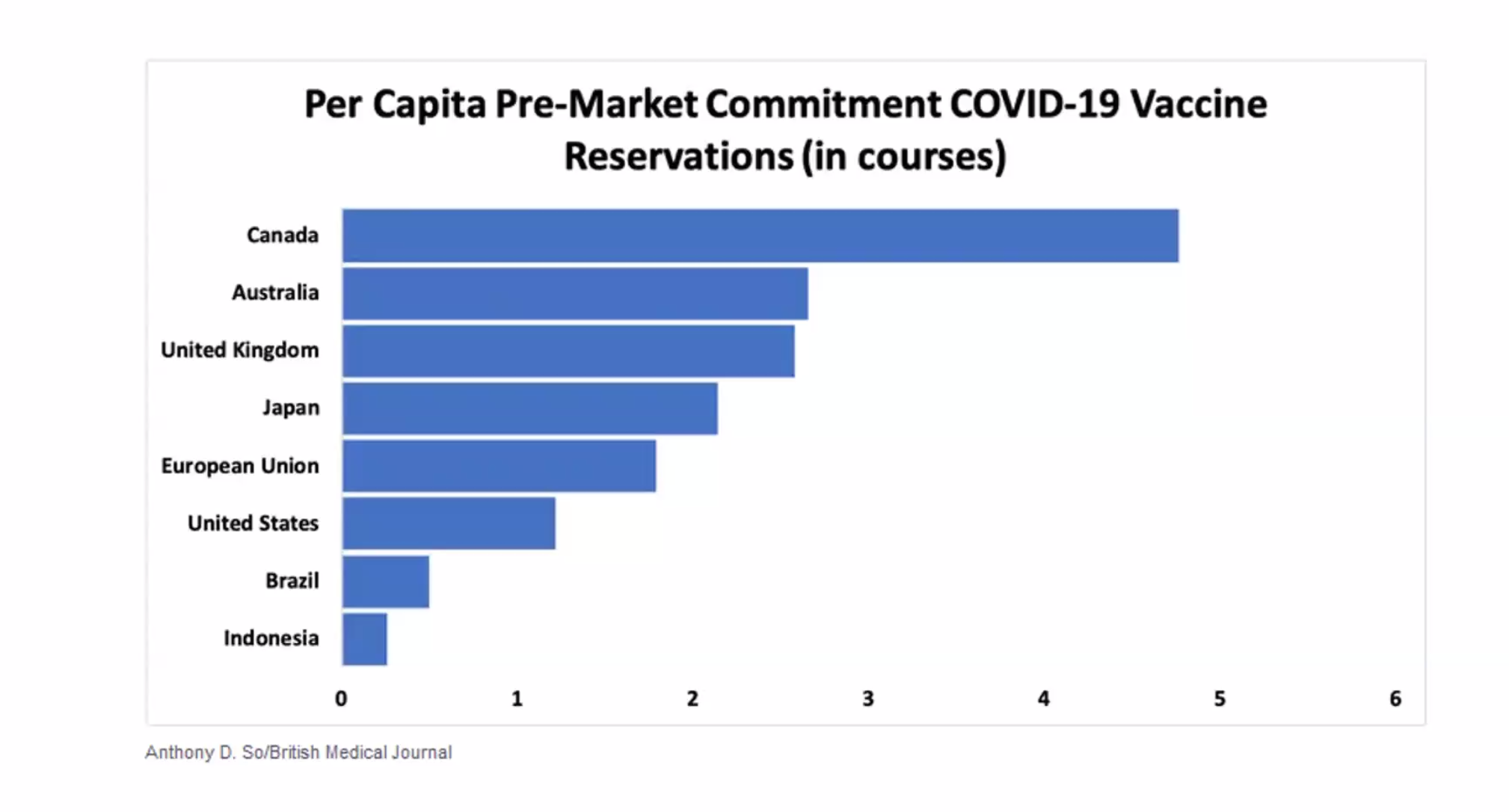 Along with more donations of vaccines, she also identified the need to ensure the manufacturing capacity low and middle incomes countries was being used. Currently, export restrictions on raw materials and intellectual property protections mean that many countries with manufacturing capabilities are not able to produce vaccines for their own populations.

Gleeson said that Australia’s opposition to the TRIPS waiver was particularly odd as we are a net importer of pharmaceuticals and also experiencing supply shortages which could be addressed through the proposed changes.

She urged participants to sign the PHAA’s letter to the Prime Minister and other political leaders, asking them to support the TRIPS waiver at the 30 April meeting.

The final presenter at the webinar was Rowan Gillies who has worked as a doctor in some of the world’s poorest countries, including Afghanistan, Sierra Leone, Sudan and the Congo.

Most recently he has been involved in MSF’s efforts to combat the pandemic in Yemen which he described as trying to manage “a crisis within a crisis”.

Gillies said that COVID has been a disaster in Yemen which like many developing counties already had fragile health infrastructure and serious health and social problems. 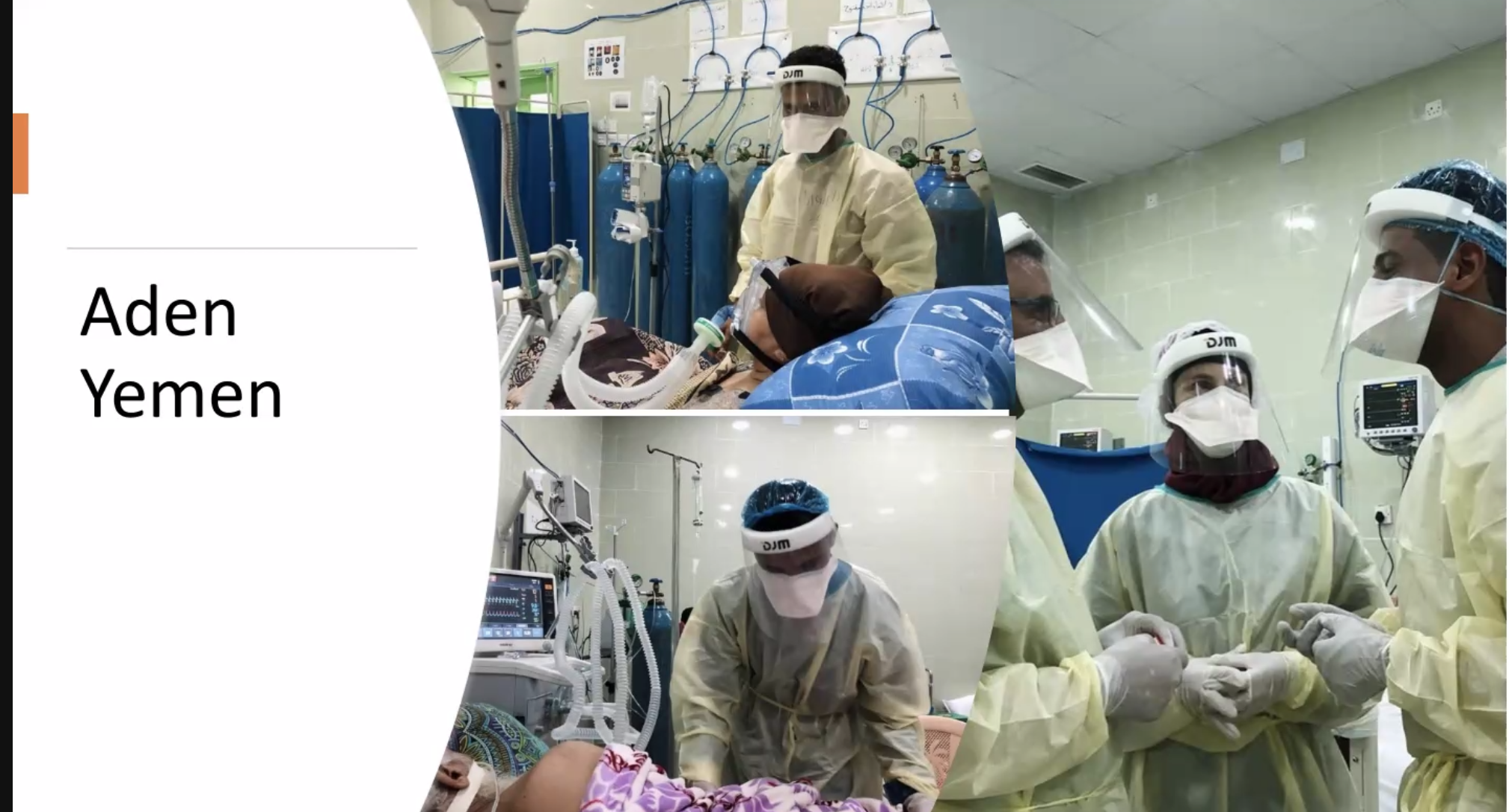 In particular he said there have been a “devastating” increase in maternal and child mortality due to reduced access to healthcare, resulting from COVID.

Women and girls were already in a fragile setting. The barriers they faced to accessing healthcare have increased, due to fears about contracting COVID.   Domestic violence has increased and the combination of these effects means that more people will die as a result of COVID rather than from a direct infection.”

Gillies pointed out that the COVID-19 pandemic should not be seen as a narrow medical issue but as a social phenomenon with medical consequences.

He warned that the pandemic could set back global development significantly and compromise the UN’s sustainable development goals.

Gillies said he was “flabbergasted” the government is not prepared to support the TRIPS waiver, given the clear benefits for both Australia and other less wealthy countries in our region:

This approach will destroy the advances we have made and will be to our own detriment. New variants will emerge which will reduce the efficacy of the vaccines. Every day we deny access to our closest neighbours, the chances of opening up our borders is reduced. The right thing for poor countries is the right thing for us as well.”

PrevPreviousBarriers to reform: why good policy ideas get left on the shelf
NextJai Ho: May victory prevail on COVID-19 for India, with love and compassionNext