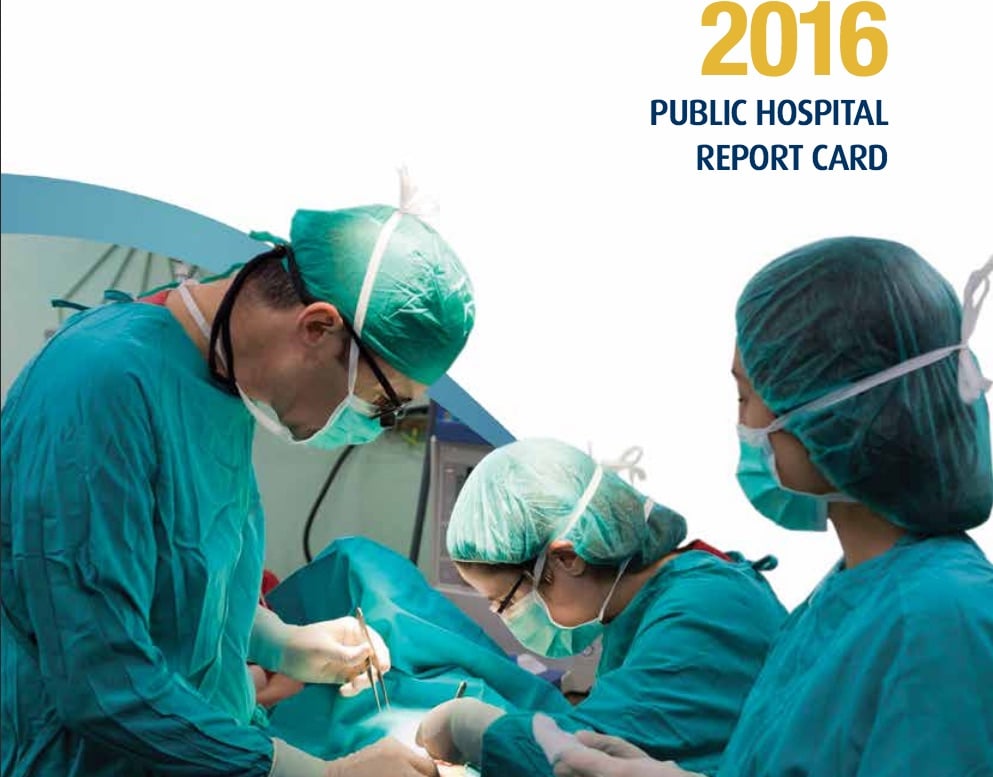 Public hospitals matter. But so do public health, primary healthcare, and the wider determinants of health…

How timely is that! Just as the AMA’s annual report card on public hospitals hits the headlines, with warnings of budgetary black holes and funding crises, we have a series of new publications – courtesy of the Public Health Research and Practice journal – examining concerns about the state of primary healthcare and prevention.

As the AMA’s 2016 Public Hospital Report Card quite rightly points out, Federal Government funding cuts and policy changes, including abandoning the national health reform agreement, have left the states and territories with some mega-headaches over how to fund public hospitals.

The AMA is also intimating it will be only too happy to create some health upsets for the Federal Government in the run-up to the election, as vice-president, Dr Stephen Parnis suggested at a media conference today (read the full transcript here):

…we have heard that the state premiers and chief ministers have cried foul, and rightly so, over the walking away from previous agreements by the Federal Government.

We hope that this data, which is very hard to distil from government reports, is out there in an understandable form and helps in an election year to put scrutiny on the Federal Government’s activities, so that their responsibilities in health are right front and centre, and that they are forced to be accountable for those decisions that they make now and as we approach the coming election.

I think it’s fair to say that there is a pattern here across the nation. Those economies, those states, the largest states that have decent economies, that can actually drive the revenue, that can support hospital and health budgets, are probably performing better.

Those smaller states and territories, quite obvious from the report, are very much struggling to meet the healthcare needs of their population. That should be a concern for us as a nation, because at the moment it appears that your access to healthcare depends on which State you live in this country.

And I think, the AMA thinks, that it shouldn’t depend where you reside in Australia in terms of your level of access to healthcare. We want all Australians to get a level of access to healthcare in their public hospitals, in their emergency departments, for elective surgery, so that we can actually have the healthy population that will grow the economy, that will enable people to be trained, to innovate, to get the sort of education that they want, that they deserve.

(As a by-the-by, if the AMA is so concerned about equity, why does its media statement describe public hospitals as “the safety net for the people who can’t afford private health insurance”?  The description does not exactly resonate with the concept of universal healthcare).

If we’re to be concerned about equity, not to mention the community’s health more generally, then perhaps we need to be talking far more about public health spending (only 1.7 per cent of total health expenditure, according to the Public Health Association’s Michael Moore and Danielle Dalla, who also highlight the hit on public health from the $800 million cut to federal Health Flexible Funds over four years).

It’s worth reading this article in The Guardian about the AMA’s report card – especially for the comments from Professor Stephen Leeder and Leanne Wells. The suggestion from one State Premier that the GST might be raised in order to help fund public hospitals raises alarm bells though, as would any proposals likely to increase inequalities and, in the longer term, the demand for public hospital services.

As the AHHA’s Chief Executive Alison Verhoeven says, ” The federation reform process, and multiple health reviews currently under way, are looking at some options which might result in more effective distribution of health funding, but there is a very real risk of disjointed solutions, driven only by cost-saving goals.”

At this rate, Sussan Ley and her Ministerial colleagues may find themselves on hot seats as the election approaches.