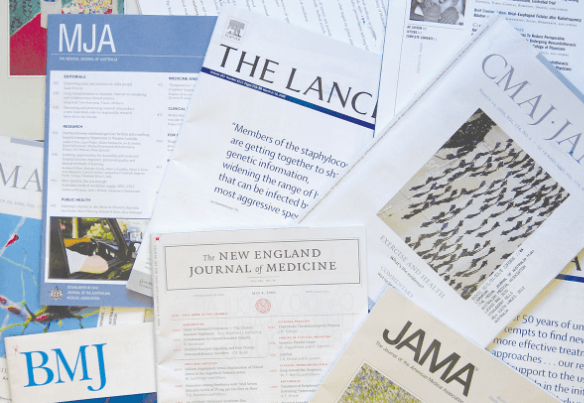 In this timely article, Dr Kerry Breen and Professor Stephen Leeder look at an ‘age of bedazzlement with publication metrics’, where some researchers have published a paper on average every ten working days and other articles list up to 1,000 authors. They ask what we should do, at the individual and institutional level, so that the focus is instead on research quality, social or academic outcomes and the true intellectual worth of findings.

In academic circles, concerns about publishing have grown in the past decade and include the unhealthy monopoly positions of the giant conglomerates, the desire to see more research findings freely available to all via open access, and the perverse effects of publication metrics on academic behaviour and university management.

Metric data about publications are used to rank universities, assess research productivity of individuals, allocate resources among university faculties, appoint and promote faculty members, and award research grants and fellowships. These metric data have had conferred upon them immense power through the unproven assumption that they equate to real change in scholarly insight and social conduct and are measures of academic productivity in an ultimate sense. Naturally, research workers wishing to advance their careers seek to publish their work in high impact journals. But as with activity-based funding for health services, in using these data there is a serious risk of mistaking action and busyness for real achievement.

A recent paper in the Medical Journal of Australia asked ‘Can a medical researcher have too many publications?. A second recent paper in another journal asked ‘Too much of a good thing? An observational study of prolific authors’. The latter paper studied 58,400 publications and 163,993 researchers in four major clinical areas over five years. Almost all authors (99%) had 20 publications or less in the five years, while 24 authors had 25 or more publications in a single year – or on average one paper every ten working days. Both papers asked whether the extremely prolific authors were behaving ethically in accord with guidelines on authorship. The criteria established for authorship are concerned more with true intellectual contribution than with numbers of publications attributed to individual authors.

The guidelines on authorship for Australian researchers are found in Chapter 5 of the Australian Code for the Responsible Conduct of Research issued jointly by the National Health and Medical Research Council, the Australian Research Council and Universities Australia. These and similar international guidelines emphasise that an author must have made a substantial scholarly contribution to the work and be able to take responsibility for at least that part of the work they contributed. The guidelines make clear that authorship should not be offered to those who do not meet the requirements, for example, by virtue only of being head of department, holding other positions of authority such as PhD supervisor, or having personal friendship with the legitimate authors.

Abuse of guidelines on authorship is regarded as research misconduct. The incidence reported in surveys of misconduct ranged from 31-67% of respondents and is the most frequently reported form of misconduct. Honorary or guest authorship (granting authorship to a person who does not meet the criteria, often the head of the department) is the most common abuse. Less commonly, it may take the form of denial of rightful authorship. Guest or honorary authorship has become so common that it is almost normalised in some disciplines. While ego and vanity may contribute to this behaviour, the inordinate value placed on the quantity of publications rather than on their quality when considering applicants for academic appointment or promotion and when deciding on government-funded research grants and research fellowships may also drive it.

The mesmerising power of publication metrics probably explains several undesirable effects they have including fabrication and/or falsification of research findings, plagiarism, gaming of the system, publication cartels and most recently fake or orchestrated peer review. The publish or perish syndrome underpins ‘salami slicing’, the publication of papers of little merit and papers that are never read, the publication of papers with over 1000 authors, and an excess of academic journals (print and online). Single author papers have become exceedingly uncommon since publication metrics give the same weight to each of twenty authors on a paper as they do to a single author.

As publication metrics play a central role in the international ranking of universities, on which their economic viability depends, no university can afford to challenge this problem alone, even though universities have, theoretically, the power to change their policies in regard to appointments and promotions. Likewise the use of these metrics in awarding research grants and fellowships is deeply institutionalised, whatever their validity. Authorship might be better replaced by ‘contributorship’. Journals now frequently request assessments of contributions by named authors but this information is not often published.

We live in an age of bedazzlement with publication metrics. We give little attention and even less reward to research quality, social or academic outcomes and the true intellectual worth of findings. How long this age will last no-one knows, but there is much unrest especially among research workers and academic librarians. At the level of the individual research worker, the obsessive or even addictive pursuit of publications on which one is named as an author is a manifestation of this distorted view of the world. Perhaps like other addictions, hyper-publication should be considered a disorder, worthy of professional assistance in achieving resolution?

Kerry Breen AM is a specialist physician, a past President of the Australian Medical Council and of the Medical Practitioners Board of Victoria and a past Chairman of the Australian Health Ethics Committee of the NHMRC.

Stephen Leeder is a professor of public health and community medicine at the University of Sydney, a member of the Menzies Centre for Health Policy and Chair of the Western Sydney Local Health District Board. He is also former editor-in-chief of the Medical Journal of Australia.

PrevPreviousMore competition in health care? Hasten slowly or not at all
NextRoyal Children’s Hospital doctors: “We cannot accept or condone harm to children. Detention causes harm and it must end.”Next