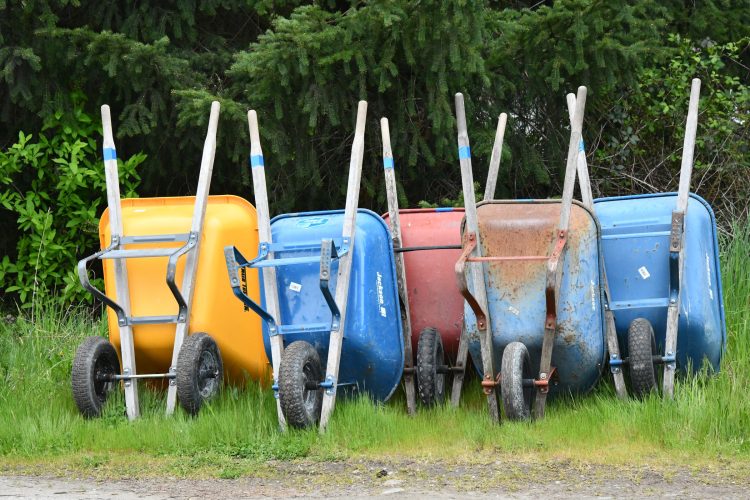 Pushing a barrow uphill: health and aged care miss out in the Budget cash splash

In a pre-election Budget pitching for votes, health sector stakeholders might have expected some extra largesse to fill their lobbying barrows.

But plenty of gaps in healthcare have not been addressed in this Budget, writes health economist Professor Stephen Duckett, from the School of Population and Global Health at the University of Melbourne, in an article first published at The Conversation.

The 2022 budget is an election-year budget. So stakeholders have been pushing their wheelbarrows up the hill to Parliament House to lobby for extra largesse to flow their way.

But while plenty of taxpayers’ money was allocated this year to give an ailing government the greatest possible advantage in the upcoming election, health fared poorly.

Although health stakeholders should expect a lean year every now and again, the reform agenda in health is large, and each budget where no progress is made is an opportunity lost.

A characteristic of all health budgets – and this one is no exception – is there are lots of little throwaways for favoured interest groups.

Commonwealth health spending is big: about A$100 billion a year, with aged care spending an additional A$25 billion.

So an extra A$50 million a year – for programs delivering early intervention for psychosis or better treatment for endometriosis – are enough to get headlines, especially when multiplied by four because the spend is over the “forward estimates”.

But A$50 million a year is still only an 0.05% increase in funding, colloquially referred to as “rats and mice” of the budget.

Another trick is to announce the ordinary as the extraordinary.

Health Minister Greg Hunt has made an art form of politicising decisions about new listings on the Pharmaceutical Benefits Scheme.

This year’s budget doesn’t disappoint. It announced that Trikafta – a new life-extending treatment for cystic fibrosis approved for use in Australia in March 2021 – has been approved for taxpayer subsidy. 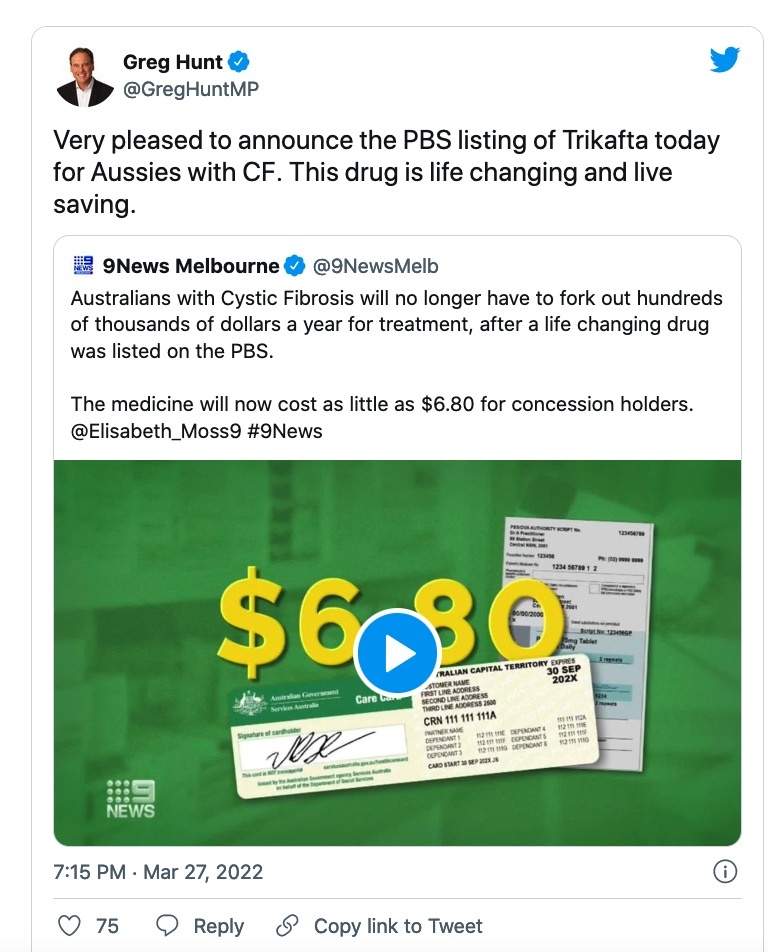 Cue grateful patients and drug manufacturers to explain the wondrous benefits of this generous government.

No thanks to the bureaucrats and advisers who assessed the cost effectiveness of the new drug and appear to have recommended the listing back in December 2021.

Nor criticism of the delay between advice to the minister and the approval announcement, a delay which maximised political advantage.

Last year’s budget was a big one for health, with significant investments in aged care and mental health. In 2021, the government committed more than A$5 billion extra each year to aged care in response to the Royal Commission into Aged Care Quality and Safety, and A$550 million annually for mental health (both amounts are when the initiatives are fully rolled out).

Although the 2021 budget’s aged care commitment is not enough to “fix” the system, it was very welcome and further expansion of services should not have been expected in last night’s budget.

Last night’s budget did provide for a once-off expansion of vocational education places to help address contemporary staff shortages in aged care, and A$14.9 million to support clinical placements for nursing and other health sciences students in aged care.

But staff shortages will persist until wages are addressed. A significant item of unfinished business is the pending increase in pay for aged care staff currently before the Fair Work Commission.

This will be resolved before the 2023 budget, so the government should have been explicit that it will meet the costs of the increase, and provided an estimate – even as a range – as to the expected cost. Unfortunately, there was no mention of this, despite it being the most critical issue for the aged care workforce.

There’s plenty of work to do in other areas of health which unfortunately didn’t attract any attention in this year’s budget.

In the Grattan Institute’s pre-election Orange Book, we argued for a commitment to roll out universal dental coverage. Dental care is a huge gap in Australia’s health system – an estimated 1.7 million Australians missed out on oral health care in 2020-21 because of cost. 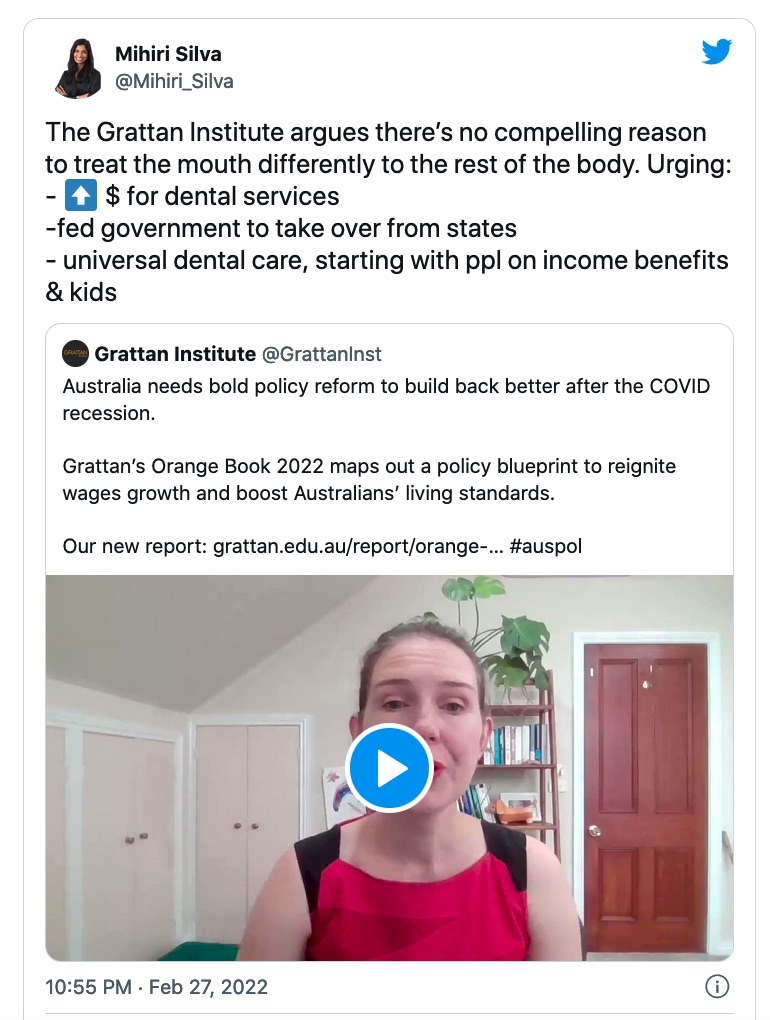 We also called for reform in other areas, such as care by medical specialists, where people are also missing out on care because of cost.

A short-term funding injection for public hospitals is also needed to help states deal with the care deficit caused by widespread deferral of procedures and check-ups at the height of the COVID pandemic.

The one area where hopes were particularly raised for extra funding in this budget was primary care, especially general practice.

High out-of-pocket costs for patients when they see allied health professionals and psychologists is also a cause for concern and should have been addressed in the budget.

General practice reform, including progress on voluntary patient enrolment, is desperately needed and yet this has been put in the too hard – or maybe too costly – basket for another year.

Despite the upcoming election, 2022-23 is a standstill year for health and aged care.

The health system adapted well to the pandemic, with innovations such as a pivot to telehealth being implemented remarkably quickly.

These changes need to be embedded and made routine across the health sector – rural and urban, for hospital outpatients and in primary and specialist care – and this may require incentives and encouragement, neither of which was forthcoming in the budget.

Australia’s health-care system is good, but it is not perfect. Evidence of public hospitals being under pressure can be seen in every state, with ambulance ramping and long waits for elective procedures.

The answer is not simply shovelling more money at hospitals, it’s for the federal government to get its house in order to fix primary care and aged care, areas of its direct responsibility. Fixing both sectors would reduce demand on admissions and beds.

Unfortunately, progress on both sectors was absent in the 2022 budget.

Stephen Duckett is an Honorary Enterprise Professor, School of Population and Global Health, University of Melbourne. This article first appeared in The Conversation under the title ‘Health budget 2022 spends a little on favoured interest groups but misses a chance for real reform’.

Bookmark this link to follow our Federal Budget coverage

PrevPreviousPart two of wrapping reaction to the Federal Budget, with some ‘thumbs down’
NextTackling conspiracies and misinformation within Aboriginal and Torres Strait Islander communitiesNext