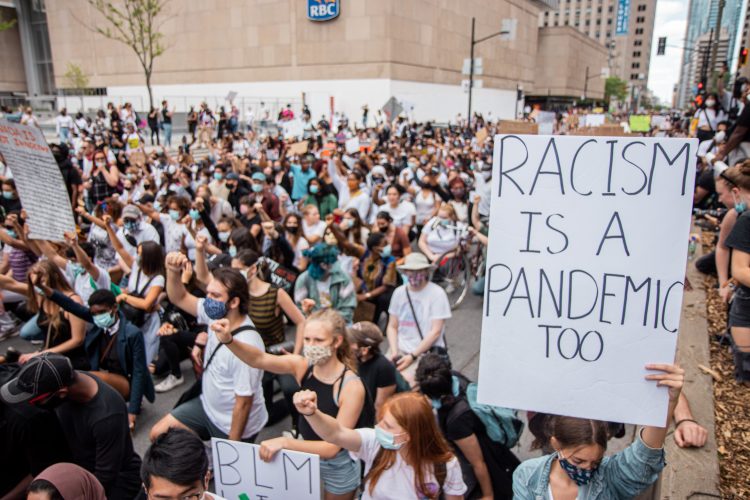 Learning from global activism. Photo by Ying Ge on Unsplash

A timely new study investigating the experiences of civil society activists globally provides some useful insights for those working to promote health equity in the wake of the pandemic, writes Peter McInnes.

A key lesson is that Non Government Organisations (NGOs) can be part of the problem rather than the solution if they are not willing to engage with the politics of health and activism.

Effective advocacy strategies for improving population health through action on the social determinants of health and health equity requires building collective solidarity and creating networks between individuals and groups both at the local and global level.

Health activists often begin their advocacy on local health issues. However, success in the longer term requires contextualising these local struggles by making the case for deeper and more fundamental forms of social change.

Insights provided by research undertaken by the Southgate Institute for Health, Society and Equity, in collaboration with international colleagues, can guide activists and health professionals in building and advocating for fairer and more responsive health services communities, and government policy in the post-pandemic world.

The People’s Health Movement and Health for All

Lead author Dr Connie Musolino from the Southgate Institute for Health, Society and Equity and colleagues interviewed 15 People’s Health Movement (PHM) civil society activists from across the globe on their insights from a lifetime of effort to improve population health and challenge health inequalities.

Its activity is conducted locally through country circles and globally through a range of campaigns. Underpinning all its activities is a commitment to ‘Health For All’, as interpreted in the 1978 World Health Organization (WHO) and United Nations Children’s Fund (Unicef ) Alma-Ata Declaration on Primary Health Care (PHC).

The research focussed on the core themes of how the civil society health activists experienced:

The activists had many and varied pathways to the Peoples Health Movement, some from on-the-ground struggles for national and racial liberation, and others through frontline health service delivery during war and conflict driven large-scale people movements. Others were drawn to activism from insights provided by formal education into pervasive levels of societal injustice.

These diverse pathways informed a plurality of approaches to what works in social mobilisation and movement building.

Effective leadership from a small group of highly active participants was emphasised by some as important in informing deployment of a diverse range of strategies including street protests, organised lobbying and global policy advocacy projects.

Activists grappled with the neoliberal and individualised culture pervasive in some NGOs, which have become business like and lack accountability to communities and the most disadvantaged.

The activists highlighted the the importance of working with and within these NGOs and funders to develop an understanding that health is political, and advocacy work, which can be threatening to powerful interests invested in maintaining the status quo, is critical to being an effective NGO.

One activist noted that in her country “…there’s a lot of… ‘BONGOs’ which are ‘briefcase only NGOs’ and basically where you can feel quite out of sorts because people are working for NGOs that have got no activist background whatsoever…they are there because they can get an extremely good salary.”

Capacity building was seen as crucial both for individual skills and at the group level to build relationships to bind organisations through the development of a shared culture.

Activists also identified the importance of reflexivity as an essential skill for individual activism and organisational capacity building. As one activist noted, reflexivity is about “recognising my complicity in the structures I want to change, and…learning from practice, actively interrogating my practice and my experience”.

A crucial strategy for formal capacity building is through the PHM’s International People’s Health University (IPHU), which develops short courses to reach local and young activists including NGO and health services workers and to develop country and region-specific activism.

The research shines a light on key strategic issues for activism such as:

The research expertly places their findings in the broader, social, economic and political context with NGOs, aid agencies and governments and their key personnel in the thrall of neo-liberalism. This dominant ideology atomises individuals with discourses of ‘choice’ at the expense of narratives of entrenched inequalities and the need for radical structural change.

The discussion also draws out two important challenges identified by the activists of:

While there is a hint of despair from activists in constantly having to organise and achieve practical outcomes in such a difficult terrain, the study is unequivocal in noting their achievements:

…there have been few progressive policies that have been implemented without the advocacy and mobilising efforts of civil society activists and organisations.

The narratives demonstrate some of the ways in which long-term health activists have negotiated and navigated late modernity and neoliberal individualisation processes to continue working with and against dominant systems to improve health.”

One of the study’s co-authors, Professor David Sanders, from the University of Western Cape, died unexpectedly in late 2019. He was remembered by his many friends and colleagues as a humble, visionary public health activist who contributed enormously to many African countries’ health sectors, particularly Zimbabwe and South Africa. His impact was also global, mentoring and collaborating with many activists, health workers and researchers in numerous countries, including Australia.

Peter McInnes has worked in health policy development in Australia for over two decades and has studied and participated in civil society activism for essential services in South Africa.