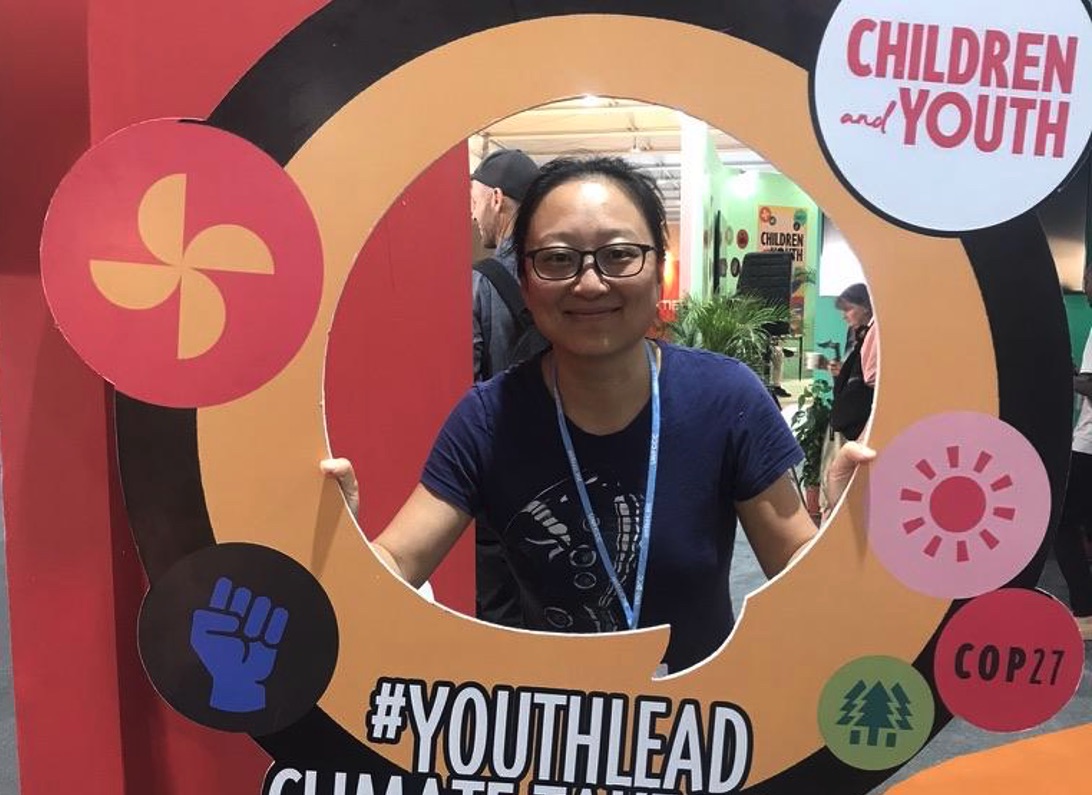 Attending the recent global climate summit in Egypt brought many useful opportunities for climate and health researcher Associate Professor Ying Zhang from the University of Sydney.

Below, she urges researchers and health advocates to step up their skills in climate communications, and to consider ways of better supporting youth leadership in climate action.

Working as a climate change and health researcher and educator, I have always wanted to attend the United Nations global climate summit known as the COP or Conference of the Parties, to have some first-hand experience of the highest international negotiation for climate policies and action.

I have recently returned from the COP27 in Sharm El Sheikh in Egypt, which I attended in my capacity as the Chair of the Capacity Building Subcommittee of the World Health Organization (WHO) Civil Society Working Group on Health and Climate Change.

My first COP experience was overwhelming and very different to the typical working week of an epidemiologist.

My home at COP27 was the WHO’s Health Pavilion. This was only the second COP where WHO had a health pavilion. This seems remarkable given that concerns about the health impacts of climate change have been raised for decades.

“Health has been a long-term forgotten child of the climate change negotiation,” said the WHO Director-General Dr Tedros Adhanom Ghebreyesus.

The setting of the room was creative, with a sculpture of a silver ‘lung tree’ as the background of the stage to remind people about the health impacts of climate and environmental changes.

Every day, there was a full program of events from 9-5 addressing various health and climate change topics, such as gender inequity, climate financing, capacity building, climate change and mental health, and achieving sustainable healthcare systems.

I chaired a session on strengthening climate change education for all health professionals following the launch of the Open Letter to educational stakeholders in June this year. We had great discussions with panel speakers from the USA, the UK, Australia, India, Africa, and the WHO regional offices.

The session highlighted the importance of capacity building for health professionals to save lives from climate disasters. It showcased successful educational innovations to inspire local changes to achieve climate-resilient and net-zero emission health systems.

A recording of all sessions in the Health Pavilion can be found on the WHO COP27 webpage. The room was always crowded, and health professionals were passionate about putting health at the centre of climate negotiations.

Scientists have produced a mountain of evidence on health and climate change to support decision-making for responses. I was therefore surprised to see so many people at the COP, keen on climate actions but who didn’t even realise that the climate crisis is a health crisis.

This reminded me so powerfully that communication is a key to unlocking climate action.

As an epidemiologist, I produce scientific evidence based on analysing population data. The data are not just numbers but people and families who lost their lives, health, and homes due to climate disasters.

Researchers can do better in communicating the link between climate change and health issues in a more scientific way, including better engagement with different audiences.

The voices of First Nation peoples were loud at the COP.

There were dances, performances and stories to engage participants in a better understanding of their situations, needs and cultures.

(Read more here from Amba-Rose Atkinson, a proud Gumbaynggirr nyami from the mid-north coast of New South Wales, who spoke up powerfully at COP and will be writing more for Croakey on this).

The Youth Pavilion was also a cause for excitement; the first standalone pavilion for young people since the COP started in 1995. You could literally feel the energy of the young people in the room. I had goosebumps after listening to their enthusiastic talks. They are concerned, engaged, and leading the changes right now.

One question for people like myself and colleagues in health is how to support youth leadership and intergenerational actions to achieve our shared vision.

One of the benefits of attending conferences in person is meeting people and having inspirational conversations. The next step is to make the connections work.

Some of the editorial board members of the Journal of Climate Change and Health were able to meet in person at COP27.

I am proud to work with the amazing team. It’s a young but dedicated journal that welcomes submissions from all disciplines. The journal team is planning for the first Climate and Health Conference for young health professionals to be held in New York in October 2023 with a hybrid mode.

Is COP27 a success? People give different answers. Climate change is a health emergency, social justice issue, a gender inequity issue, a financial crisis, and more.

The conference closed with a deal on loss and damage, a huge step forward even though not many details have been released. Human rights have been added to the COP statement.

At the same time, some are disappointed that not all fossil fuels are included in the final statement.

I had mixed feelings of excitement and frustration at the COP but overall I left it feeling positive. I was inspired, connected, motivated and deeply touched.

My work has focused on building resilience to climate disasters in Australia and the Asia Pacific region for over a decade, especially for populations at higher risk, such as older people and ethnic minorities.

In collaboration with The Lancet Countdown on health and climate change, our team has released the fifth Australian MJA-Lancet Countdown report and the Policy Brief for Australia just before COP27, which highlights three key policy recommendations to build health resilience to climate extremes, to invest a healthier energy future and a sustainable diet for Australian and the planet.

According to the newly released BOM and the CSIRO State of the Climate 2022 report, Australia’s temperature has already increased by 1.5C.

The prescription from the health community is “1.5 to stay alive”. It’s not just a slogan. It’s all about implementation, which is also the focus of COP27. Urgent action is required before it’s too late.

It’s disappointing that the transition to renewable energy is slow in Australia, and climate policy uptake has been insufficient to protect Australian people’s health from changing climate. The new leadership provided by the current Federal Government brings more opportunities to engage policymakers.

Australia is now back to climate negotiations and actions. I am hopeful to see more ambitious emission target goals and a collaborative way to get there faster.

I don’t think I will attend COP 28 in person, but I reckon a much bigger Health Pavilion will be needed due to the increasing concerns about climate change from the health community.

I would vote for Australia’s joint bid with Pacific nations to co-host COP in 2026, If I could. It will be an incredible opportunity for Australia to boost regional collaborations for a just transition.

PrevPreviousThe Health Wrap: why public policy making is broken, COVID in China and the House – and some reasons for celebration
NextCalls for national action on ventilation to reduce the spread of COVID-19Next