An international Indigenous conference on HIV and AIDS will be held in Sydney this week, ahead of the 20th International AIDS conference in Melbourne next week.

Marie McInerney previews the discussions below, and will cover the event for the Croakey Conference Reporting Service.

Follow the discussions on Twitter at #IPCHIV14, and @ToddFernando will also be tweeting for @IndigenousX during the conference.

More than 250 Indigenous health experts from around the world will meet this week in Sydney to discuss how best to prevent and address HIV and AIDS in Indigenous communities, ahead of next week’s AIDS 2014, the 20th International AIDS Conference (IAC), in Melbourne.

The International Indigenous Pre-Conference on HIV & AIDS is the first time an Indigenous pre-conference event is to be officially affiliated with the IAC, which is bringing around 14,000 delegates, media and keynote speakers to Australia, also for the first time.

Pre-conference co-convenor Associate Professor James Ward, deputy program lead for Aboriginal Health at the Baker IDI in Alice Springs, will be the first Indigenous person to address a plenary session of the IAC.

With keynote speakers including former US President Bill Clinton and Sir Bob Geldof, the main AIDS 2014 program will also include a number of Indigenous-led sessions, and feature the Djamabanna Ngargee Birrarung Marr Indigenous Peoples Networking Zone in its Global Village.

“This will significantly raise the profile of Indigenous people being part of not only the conferences, but of the global response to HIV,” said Ward and fellow co-convenor Michael Costello-Czok in a preview article to be published at AIDS 2014.

First Peoples of  Australia have a slightly higher rate of HIV compared to non-Indigenous Australians and the potential for HIV to increase due to a number of risk factors such as increasing injecting drug use, risk practices among gay and other men who have sex with men, high rates of other STIs in communities and more cases acquired among women and heterosexual people.

Further, the International Indigenous Working Group on HIV & AIDS (IIWGHA) says in its strategic plan that Indigenous peoples globally experience higher rates than other populations,  as a direct result of colonisation and with risk factors including involvement in sex work, incarceration, drug use, sexual violence, and stigma and discrimination.

The IIWGHA says, however, that research and accurate data collection of global epidemiological HIV and AIDS information on Indigenous peoples is “difficult, complex, and often compromised”, leaving a gap not only in data, but prevention, research, care, treatment and support.

The three-day International Indigenous Pre-Conference event is being hosted by the IIWGHA and an Australian Aboriginal and Torres Strait Islander Organising Committee (AATSOCO).

With keynote speakers from Canada, the United States, New Zealand and Australia, and Indigenous delegates from Chile, Mexico, Guatemala, and Fiji, its theme is:  ‘Our Story, Our Time, Our Future’, to reflect and promote Indigenous peoples’ “culture, continuity and centrality in the global HIV response”.

Alongside the Indigenous Peoples Networking Zone at AIDS 2014, it will aim to put Indigenous issues around HIV and AIDS higher on the international agenda, particularly to have Indigenous peoples recognised alongside other vulnerable groups as a “priority population”.

The World Health Organisation recognises men who have sex with men, people in prison, people who inject drugs, sex workers and transgender people as key HIV AIDS populations and released a report last week warning that failure to provide adequate HIV services for these groups was threatening the global progress of the HIV response. The report does not mention Indigenous people or communities.

Indigenous people make up 4.3 per cent of the Canadian population, yet account for 12 per cent of new HIV infections and 19 per cent of reported AIDS cases, they said recently in this Medical Journal of Australia article.

Another key topic will be the impact on Indigenous people of treatment as prevention (TasP) – HIV prevention methods that use antiretroviral treatment to decrease the chance of HIV transmission – given they are less likely to be accessed and adhered to by Indigenous people for a range of reasons, including cost and access to medical specialists.

“We will be talking about how we might fit into that when we have poor data about Indigenous people living with HIV globally and in Australia,” said Associate Professor James Ward.

The Pre-Conference also has a strong Australian focus, and will release a national action plan and promote greater awareness among Aboriginal and Torres Strait Islander Elders and young people.

Ward will release the latest statistics relating to Indigenous Australians and HIV/AIDS from the 2014 Annual Surveillance Report on HIV, viral hepatitis and sexually transmissible infections in Australia to be published later this week by the Kirby Institute.

In their preview piece, Ward and Costello-Czok say a conference focusing specifically on Indigenous issues is important for a number of reasons, including maintaining identity.

“Quite often under a United Nations definition, Indigenous peoples’ identity gets lost in other population groups and they’re not identified as Indigenous – they’re identified under other sub-groups,” they said.

“So when the International AIDS conference is held in a country like Australia or Canada, where there’s a resourced Indigenous population that is participating in the HIV response in many different ways, this presents an important opportunity for greater focus on Indigenous issues and Indigenous identity,” they said.

They say that being Indigenous “doesn’t place someone at special risk of HIV per se”: it is the  inequalities in health and the social determinants of health that profoundly affect Indigenous people and place them in special and urgent need of being recognised as a “key population”.

“If Indigenous people don’t recognise ourselves in these documents, then we don’t see HIV.”

A big focus of AIDS 2014 will be on combating the stigma and discrimination related to the virus, with the Melbourne Declaration reading:

To defeat HIV and achieve universal access to HIV prevention, treatment, care and support – nobody should be criminalized or discriminated against because of their gender, age, race, ethnicity, disability, religious or spiritual beliefs, country of origin, national status, sexual orientation, gender identity, status as a sex worker, prisoner or detainee, because they use or have used illicit drugs or because they are living with HIV.

It notes that there are unacceptable laws in more than 80 countries that criminalise people on the basis of sexual orientation and says that health providers who discriminate against people living with HIV or groups at risk of HIV infection or other health threats, violate their ethical obligations to care for and treat people impartially.

The Declaration calls for the following actions:

The Joint United Nations Program on HIV/AIDS (UNAIDS) last week called for an end to the AIDS epidemic as a public health threat by 2030.

As well as President Clinton and Geldof, keynote speakers at AIDS 2014 include:

• You can track Croakey’s coverage here.

Keep an eye on Twitter at: #IPCHIV14. As you can see below, the Twitter discussion has already begun 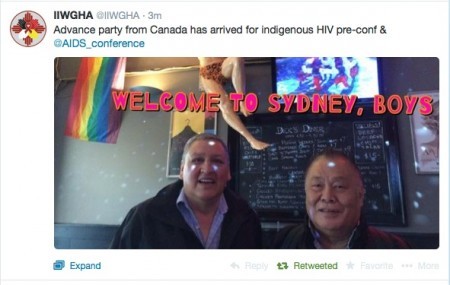 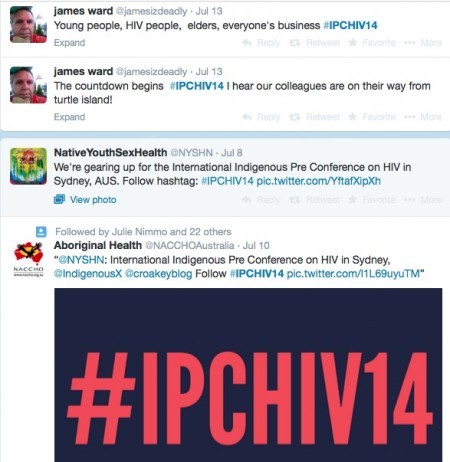 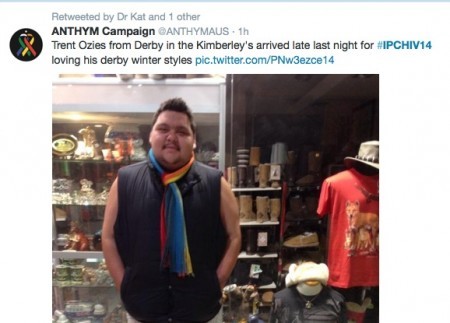 PrevPrevious#Tacklingracism: urgent priorities for children in out-of-home care and immigration detention
NextA call for action on reducing the risk of HIV to Aboriginal and Torres Strait Islander peoplesNext