Putting prostate cancer screening on trial: an invitation to join a community jury

Croakey readers are invited to participate in four community juries that will be held in Sydney in coming months.

The juries will be asked to consider: Consent and PSA testing for prostate cancer: What should happen before men decide whether or not to be tested?

The project is a collaborative initiative involving academics, GPs and specialist clinicians from a range of institutions, including the University of Sydney’s School of Public Health, Centre for Values, Ethics and the Law in Medicine and University of Notre Dame’s School of Medicine.

Some of the researchers involved, from the Centre for Values, Ethics and the Law in Medicine, write below that men and women of all ages are invited to participate.

I look forward to publishing a report on the proceedings at Croakey later this year – no doubt they will be most interesting. 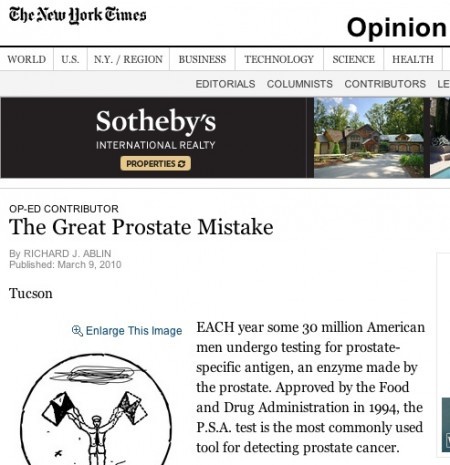 The use of the prostate specific antigen [PSA] test to screen otherwise healthy men to determine their risk of developing prostate cancer remains highly controversial.

Developed in the 1970s by the North American immunologist Richard J. Albin, the PSA test measures the blood level of a protein produced by the prostate gland.  At a time when the diagnostic tools available to clinicians for prostate cancer were restricted to digital rectal examination, a new blood test seemed like a good idea.

Yet even as the PSA test has become part of the standard approach to assessing prostate cancer risk, it has proved to be unreliable; so much so that in a recent Op-Ed in the New York Times, Albin described it as: “hardly more effective than a coin toss”.

Overtreatment exposes men unnecessarily to the potential complications and harmful side effects of treatments for early prostate cancer, including surgery and radiation therapy. The side effects of these treatments include urinary incontinence, problems with bowel function, and erectile dysfunction.

Experts disagree about whether, when and how the PSA test should be used.  Those arguing for the PSA test say it can prevent men developing primary and secondary tumours and even save men’s lives.

Those arguing against it say it leads to many men being unnecessarily harmed. Unsurprisingly the messages received by the public can be confusing. Because the evidence on the merits of the PSA is not conclusive, men and their GPs are in a difficult position when trying to decide what to do.

Informed consent for potentially harmful interventions is integral to an ethical health system, yet while many Australian men are being screened, the requirements for informed consent on PSA testing have not been clearly articulated or consistently applied.

Projects seeking to address some of these issues include the development by the NHMRC of a summary of the benefits and harms of PSA testing for health practitioners; and, the creation of consensus on national clinical guidelines by the Cancer Council of Australia and the Prostate Cancer Foundation.

Our project aims to complement this work to answer what the public consider to be the moral obligations of GPs in respect to PSA testing, and what should constitute informed consent to perform a PSA test.

We are recruiting participants for a series of Community Juries to consider these questions. Long-time readers of Croakey will remember previous contributions about the use of community juries in State and National decision making.

Public opinion polls indicate what people think in terms of “off the cuff” responses. What the same people would say if they were given sufficient information, time to reflect and debate the issues, and then make an informed decision is likely to be altogether different. A community jury is like a jury in a court room. The jurors are given a ‘charge’ to consider.

The charge for this jury is: Consent and PSA testing for prostate cancer: What should happen before men decide whether or not to be tested?

Expert witnesses present evidence and information, and then the jury deliberates and comes to a conclusion.  Thus community juries provide access to better informed and more considered public views on complex topics – based on in-depth consideration of evidence and reflective deliberation.

Our project is part of a larger NHMRC funded study examining the role of values, ethics, and evidence in cancer screening policy and practice.

The community juries are a collaborative initiative involving academics, GPs and specialist clinicians from a range of institutions, including the University of Sydney’s School of Public Health, Centre for Values, Ethics and the Law in Medicine and University of Notre Dame’s School of Medicine. Ethical oversight is provided by the Cancer Institute NSW Population & Health Services Research Ethics Committee (HREC/12/CIPHS/46).

There will be four separate juries, in July, August and October at the University of Sydney in Camperdown.

We are keen to involve all sorts of people of voting age: older and younger, men and women. Participants will participate in seminars and debates about the benefits and harms of prostate cancer testing, question the experts, and discuss what they have heard with other jury members.

Research has shown that people who participate in a community jury find it a highly rewarding experience.

We welcome Croakey readers to consider participating or to pass this invitation on to others who may be interested.

In early November, when the juries are completed, we will report on the process and our findings for Croakey.

In the meantime, anyone who would like to find out more can call 02 9036 3427, email cancer.screeningATsydney.edu.au or visit www.cancerscreeningethics.org

• Chris Degeling is a Research Fellow at the Centre for Values, Ethics and the Law in Medicine. His research interests revolve around the social and cultural dimensions of public health, science and technology studies, and the ethics and politics of human interactions with nonhuman animals. Bio details can be found at these links for Stacy M. Carter, and Lucie Rychetnik.

PrevPreviousHealth workforce is a critical policy area – so what will be the impact of axing Health Workforce Australia?
NextBeing a racist or just saying stupid things? An invitation to journalists to consider the differenceNext