Many thanks to VCOSS for permission to reprint the interview below.

Rob Moodie is Professor of Public Health at the Melbourne School of Population Health. 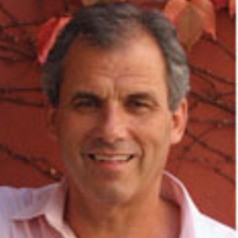 He was the Chair of the National Preventative Health Taskforce from 2008-2011 and is a member of the World Health Organisation’s Expert Panel on Health Promotion. He was Chief Executive Officer of VicHealth from 1998-2007 and co-authored ‘Recipes for a Good Life’ with chef Gabriel Gate.

You have campaigned strongly to cut rates of tobacco smoking in Australia: how did the introduction this month of plain packaging for cigarettes rate in terms of public health advances in Australia?

Doll and Peto discovered that smoking caused lung cancer in 1954 so it has taken us a very long time to reduce smoking rates. Gradually the momentum has built so that we were able collectively to stare down the tobacco industry.

Anti-tobacco sentiment really started to move with the findings about passive smoking: when we realised that someone smoking wasn’t only bad for their health, but bad for the rest of us. That changed it from being a problem for 35 per cent of the population, as it was then, to 100 per cent. (Less than 16 per cent of Australians now smoke, and our target is to get below 10 per cent by 2018).

The successful strategies have been:

It all adds up: a cumulative, progressive, sustained, determined approach that takes decades (see graph).

What has helped is that the majority of smokers want to give up, which is why we see high levels of support even from smokers for rules such as banning smoking in hotels and gambling venues.

While smoking rates are down dramatically, we still struggle to have an impact on vulnerable groups, such as those on lower incomes, Indigenous Australians, and people with mental health issues – what’s the way forward?

There has been a big push and a gutsy investment by the Federal Government to try to reduce Indigenous smoking, with tobacco related diseases contributing significantly to the gap in life expectancy between Indigenous and non-Indigenous Australians. We’ve got a long way to go, but we had evidence published last month that the rate is falling.

In terms of prisoners, people with mental health issues, and other vulnerable groups, the fact that nicotine replacement therapy is now on the Pharmaceutical Benefits Scheme (PBS) is good. There has been an attitude of sorts that, say, for prisoners, ‘it’s their last freedom’. Well dying from emphysema is not great liberty. The same for people on low incomes: if they can stop smoking, they can use that income much more effectively elsewhere. Generally speaking, the fewer people around you who smoke – that is, in situations where smoking is no longer normal behaviour – then the easier it is to not smoke or to smoke less; so the more smoking is ‘de-normalised’ amongst the whole population the more it helps everybody.

What is the next big public health challenge and will action on tobacco inform how we address that?

Obviously in terms of cost, the impact on life expectancy and the problem of swamping the health care system, it’s obesity and diabetes: 80 per cent of middle aged Australian men are overweight, so that’s the norm now (excuse the pun!).

The short-term future looks fairly bleak in prevention of obesity because of the influence of the junk food and junk drink industries. If the Government did what it should do – ban the saturation advertising of junk food and drink to children – then it would have to take on the manufacturers, retailers, advertisers, PR agencies, the media, and the sporting associations, all of whom benefit from it. Obesity is fundamentally a commercial success; never before has junk food and junk drink been so present and so promoted and industry bodies like the Australian Food and Grocery Council (AFGC) are enormously powerful. As Kelly D. Brownell from the Center for Food Policy and Obesity at Yale University said:

“When the history of the world’s attempt to address obesity is written, the greatest failure may be collaboration with and appeasement of the food industry”. Read the full article:

Prevention is one of the hardest political arguments to win: there’s no waiting list for it, and governments don’t get voted out because they don’t do it well.

Many people working in social policy and advocacy feel they have been talking about clear evidence for so long on many issues but still no-one listens. What creates the breakthrough?

The Cancer Council Victoria, among others, generated an enormous amount of very skilled, evidence-based advocacy in the tobacco campaign. For example, in one campaign it informed every federal MP about how many people died from tobacco related illnesses in their electorate. The HIV-AIDS and road trauma sectors have also done it well, as has the Breast Cancer Network of Australia.

Evidence is necessary, but it’s not sufficient. You’ve got to wait for the right leadership, the right time, and take your chances when they come. The three Ps: persistence, persistence, persistence. Nigel Gray, Cancer Council Victoria’s head, lobbied eight state health ministers before he found support from David White, whose father had been affected by a tobacco related disease. Similarly former Federal Health Minister and current Attorney General Nicola Roxon’s father died from a tobacco related disease, so she was very interested in plain packaging, despite being vilified by the tobacco industry. See http://www.abc.net.au/news/2012-08-27/nicola-roxon-on-australian-story/4225972.

Strong collaborations have been very important to those campaigns. How do we get different sectors that address the social determinants of health working better together?

It’s a very big question. You need some sort of joint incentive: whether it’s at the very senior political level where Ministers are working together, or with senior bureaucrats, or the non-government sector. Coordination and collaboration are tough unless you have a well-defined common problem and a clear set of incentives. You’ve got to design your approach around that. It has to be well led, generally by a facilitative form of leadership rather than the command-and-control approach. It is also highly situational – if there are senior political forces, for example, a premier who insists on it happening and is prepared to get all the ministers to support it. There is no easy answer – you have to get to know them, work with them, understand them, find out what their perspectives are, and what’s in it for them.

Road trauma is a really good example, which saw a combined approach from a range of sectors: engineering, police, law, health, communications. You want campaigns that are well led, have good research, and regular capacity to communicate across different sectors.

What are your current priorities at work?

I mainly work in non-communicable diseases – cardiovascular diseases, diabetes, cancers and lung diseases – which the World Health Organisation (WHO) has described as “a slow motion disaster”. I’m working with the WHO on what global partnerships should be developed in response. I also teach on public health leadership, here in Australia and also in Mozambique and South Asia.

I’m not a believer in the ‘great leaders’ model. As Amanda Sinclair says in Leadership for the disillusioned, “leadership is an activity most of us do at some time or another.It is not the ‘captains of industry’ type of leadership but the work we do as role models – as teachers, parents, problem solvers, activists, spokespeople and organisers….Leadership is a relationship, in which leaders inspire or mobilise others to extend their capacity to imagine, think and act in positive new ways.”

The best leaders are people who have what Jim Collins from Harvard University described as ‘fierce resolve and paradoxical humility’. I’ve seen that sort of good leadership in HIV-AIDS work, in the anti-tobacco fight, in other public health work, but I’ve also seen it in our kids’ violin teacher or a friend of mine in Ballarat who’s developed a men’s cycling group.

In our courses, we also look at the work of Daniel Goleman on emotional intelligence: about the need to look after yourself to be good at looking after others.

How do you look after your own health with such a busy life? Any dos and don’ts…

I cycle to work when I can, and walk quite a lot. I’ve also just come back from 10 days of Vipassana meditation, a silent retreat, which I try to do every year now – though it took me 20 years to work out you have to do it every day to have an effect. It makes me calmer, more effective at work, have better relationships with my kids, and wife, and friends. Doing an intensive course is like a huge vacuum cleaner of your brain, you get rid of a lot of garbage, understand yourself more, develop much more clarity.

The key insight from this last course for me was: ‘it’s the ego, stupid’. I know when I’m not seeking to pamper my own ego, I’m more balanced, happier, more generous, more effective.

A few years ago Gabriel Gate and I co-wrote a book called Recipes for a Great Life in which explored, in recipe format, all those aspects of our lives that we should be developing to lead fulfilling lives. Can’t say I always follow our advice but it was a wonderful experience trying to put it all together.

Finally, what books are by your bed?

I recently read Stasiland and All that I am by Anna Funder (her father John Funder was my chair at VicHealth). They were absolutely brilliant. The book I’m reading at the moment is Madonnas of Leningrad by Debra Dean, the story of a woman who worked in the Hermitage Museum in Leningrad during World War Two told from when she has Alzheimers 50 years later.

One of the activities we do in our public health leadership course is to ask people what they want to be doing in 5-10 years time: what kind of life they want to be leading, what sort of person they want to be, what they will want to have achieved in that time. I would like to have written a novel, because I actually enjoy writing more than reading. There’s nothing more fun I can do on a Saturday morning than to sit in a cafe, with a coffee and a clean sheet of paper, and mind map my way through a talk I have to give or paper I’m writing.

Australia: the healthiest country by 2020