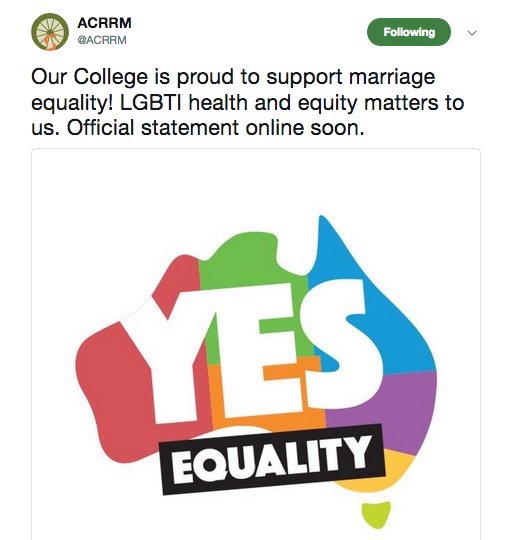 The Royal Australian College of General Practitioners (RACGP) has belatedly thrown its weight behind marriage equality, reversing a previous position that it would remain “neutral” on the matter.

In a statement to members published on the College website, President Dr Bastian Seidel said it had become clear to him and College Council that “the broader RACGP membership expects an explicit position statement on issues that affect the mental health of our LGBTIQ members, colleagues and patients. This includes marriage equality.”

The statement follows sustained criticism of the previous position, which was reported by Australian Doctor on Friday (see a selection of tweets below this article), and an online campaign urging the College to stand up for marriage equality and to condemn the vilification now threatening the mental health of many LGBTI patients.

It also follows the release on Sunday of a statement by the Australian College of Rural and Remote Medicine (ACRRM) supporting marriage equality.

Without the legal safeguard that marriage provides, doctors must legally refer to the patient’s next immediate family member in emergency situations, rather than someone who is their life-partner or spouse.

This places a burden on the attending doctor, whatever the situation.

In addition to legal issues, members of the LGBTI+ community often face marginalisation and discrimination that can leave them feeling isolated.

Beyond Blue research shows that people who identify as LGBTI+ have the highest rates of suicidality of any population group in Australia, and with GPs often the first gateway to mental health services, it’s clear that our members and their patients will be impacted by the result of the postal vote.”

Seidel’s statement said that when he became RACGP President a year ago, he “clearly outlined that the RACGP could no longer afford to sit on the fence when it came to any issue that affected our members or our patients. I deeply regret that I did not meet my own standard.”

The RACGP statement urged members to provide particular care and consideration to LGBTIQ groups during the trying period of the postal vote, and for themselves through the General Practice Mental Health Standards Collaboration (GPMHSC) and the RACGP GP Support Program.

It said the RACGP would this week compile further material to support members in providing care to their patients and communities who have experienced detrimental mental health impacts of the prolonged and unnecessary marriage equality debate.

The RACGP’s change-of-position has been welcomed, as per the tweets below.

Criticism of the “neutral” position was widespread. 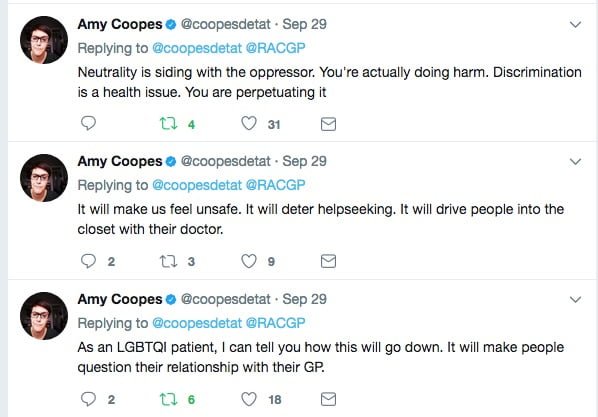 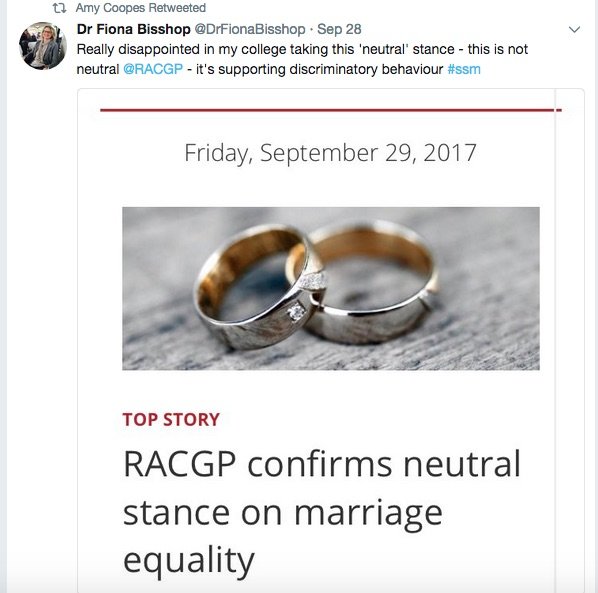 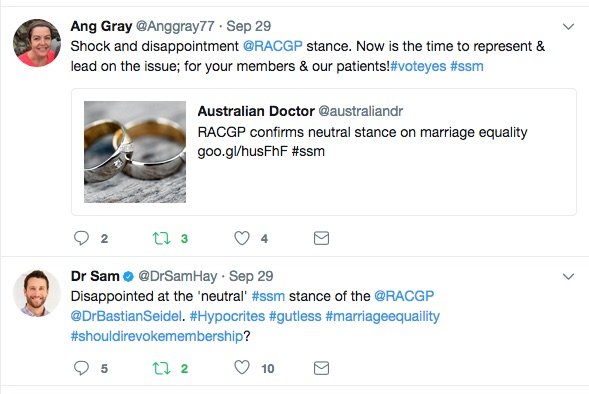 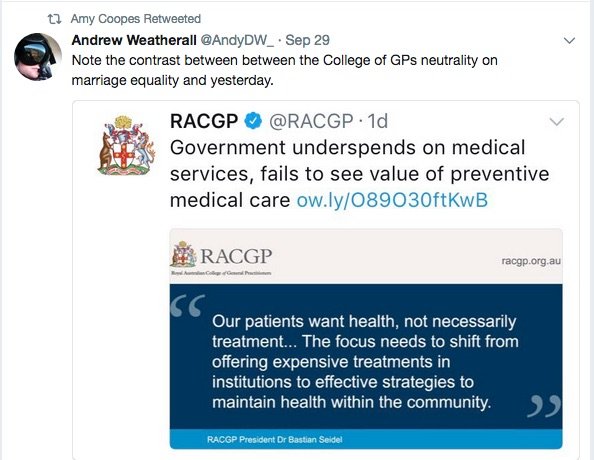 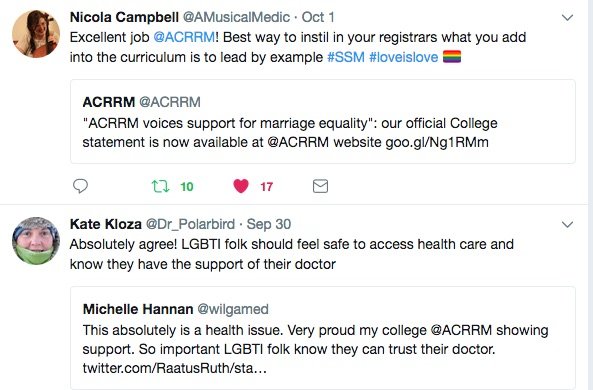 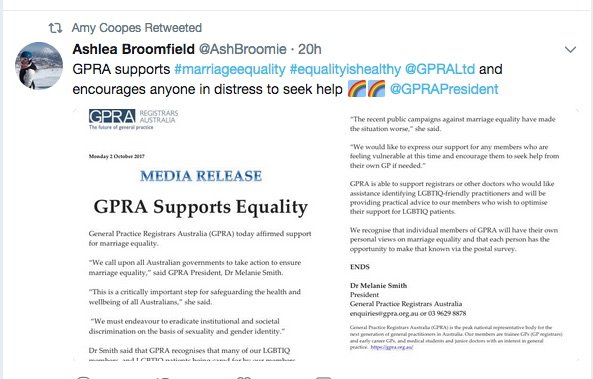 And now this graphic needs updating… 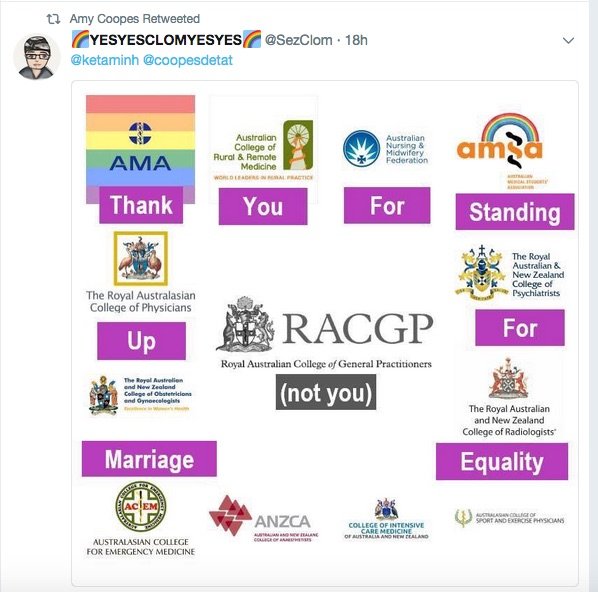 The Australasian College of Sport and Exercise Physicians has also spoken up.