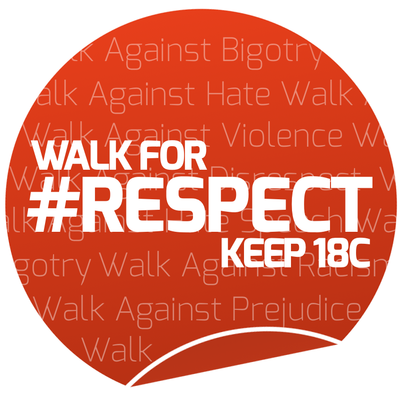 What do we make of the Federal Government’s commitment to ‘closing the gap’ for Aboriginal and Torres Strait Islander health if it continues to back changes to the Racial Discrimination Act, when we know that racism is a serious health concern in Australia?

That’s the underlying challenge in the submission to the proposed changes lodged yesterday, the final day for public input, by the Close the Gap Campaign Steering Committee – a coalition of Australia’s leading Indigenous and non-Indigenous health and human rights organisations.

It recommends the Federal Government scrap the plans to change the Act – it if doesn’t, then it should first “explicitly consider” all the evidence for what impact the changes could have on health for Aboriginal and Torres Strait Islander peoples – and make that assessment public.

Most of the debate on Section 18C of the Act has been around the question of freedom of expression – “the right to be a bigot” as Attorney General George Brandis put it.

The Close the Gap (CTG) Campaign calls for the proposed changes to be scrapped on health grounds, noting that racism is linked to anxiety, depression, poor mental health, psychological distress, suicide risk, diabetes, smoking, alcohol and substance misuse and emotional and behavioural difficulties.

It also points out that mental health disorders are the second leading contributor to the disease burden in Aboriginal and Torres Strait Islander people, and that people who experience discrimination are more likely to report serious psychological stress and to be in fair or poor health.

It will be interesting to know if mainstream health organisations have also made such a submission, given the growing body of evidence about the impact of racism on health which has led some experts to say that means we need to look at toughening racial discrimination laws, not weakening them.

“If we are to close the unacceptable health and life expectancy gap between Aboriginal and Torres Strait Islander people and other Australians, racism must be addressed. The RDA in its current form has a critical role to play,” she said.

The CTG Campaign submission lays out the significant impacts of racism and discrimination – both interpersonal and systemic – on the physical and mental health of Aboriginal and Torres Strait Islanders. It particularly cites the recent Localities Embracing and Accepting Diversity (LEAD) survey of the experiences of racism of 755 Aboriginal people in Victoria over the past year.

The findings are shocking:

The submission also talks about the risk to Australia’s “civic health” – a perspective highlighted by  Race Discrimination Commissioner Dr Tim Soutphommasane in this recent address.

It gives examples of how public discourse would change under the proposed amendments. One relates to a Federal Court case over a newspaper article about an Aboriginal woman and her three boys who were killed in a motor vehicle accident. One online comment was found to contravene Section 18C on the basis that it was reasonably likely to offend, insult and humiliate. The CTG Campaign notes:

“The person making this comment described the boys as ‘scum‘ and claimed that “I would use these scum as land fill‘ in disused mineshafts near Kalgoorlie.

This comment would no longer be prohibited if the word ‘humiliate‘ is removed from the RDA and not replaced with an equivalent prohibition.”

Here are a number of other key submissions to the proposed changes:

Reconciliation Australia strongly opposes the proposed changes, arguing they are “a significant barrier to achieving our vision for a reconciled, just and equitable Australia.” http://www.reconciliation.org.au/wp-content/uploads/2014/04/RASubmission_RDA_amendments_30April2014.pdf

Castan Centre for Human Rights Law at Monash University says it is a legitimate debate on whether “offensive” and “insulting” speech should be subject to coercive law. But it warns that the rolling back of the law “can send the message that it is acceptable to offend and insult (and, against our advice, humiliate) another person on the basis of their race….The government has done little to assuage the impression that it supports racist speech.” http://www.law.monash.edu.au/castancentre/policywork/section-18c-submission.pdf

Alltogether Now warns that the proposed changes overlook the psychological effects that are often triggered by verbal racial abuse, and which can “have a longer, and more pervasive effect than physical injury.

“By focusing on physical harm, sections 1 and 2 of the proposal ignore that the most common type of racism in Australia is racist hate speech and exclusion on the basis of race, ethnicity or cultural background[ix].  In fact, it is racial hate talk that divides and fractures our communities, and has tangible psychological affects on its members.” http://alltogethernow.org.au/news/rda-submission/

The Uniting Church also has a strong focus on health impacts in its submission (and said racism is a sin), saying the proposed changes “have the potential to open the floodgates” for materials that propagate racial hatred. http://www.unitingjustice.org.au/rdasubmission/item/download/586_f0f296d036775eff034171a941752867

Croakey moderator Melissa Sweet has also lodged a submission, drawing attention to some 30 articles published here that highlight some of the health concerns surrounding racism. In it, she says:

“I do not believe the health impacts of the proposed amendments have had sufficient attention in the mainstream media coverage, and hope that these articles will help rectify that gap.”

Finally, here’s information on the Walk for Respect in favour of S18C – where you can join a march, lodge your protest against the changes or share stories of racist experiences.