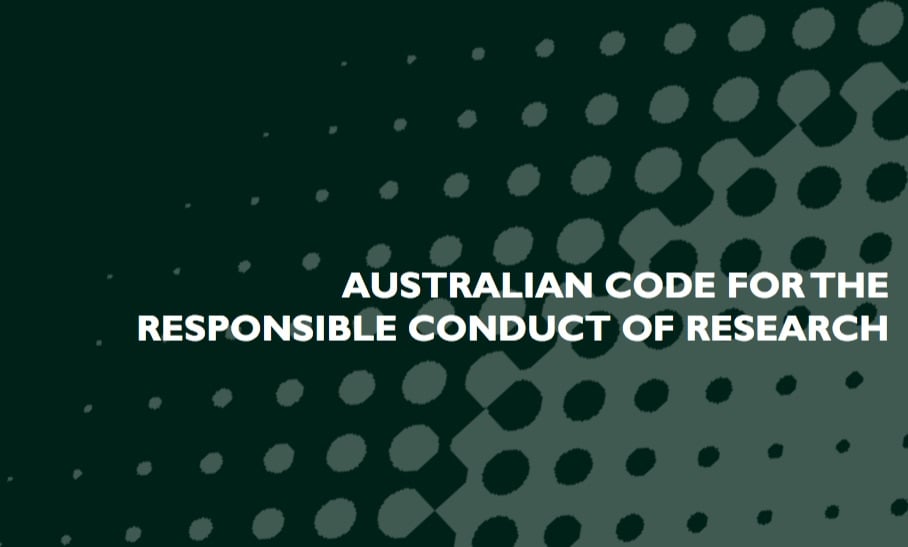 Detail from the cover of the current code, now under review

A revised version of the Australian Code for the Responsible Conduct of Research is currently being circulated for public comment, and Dr Kerry Breen explains below why he has serious concerns about some of the revisions.

The article, which represents his personal views, says the revised code “appears to address only the interests of universities confronted with the challenge of managing complex integrity investigations, at the expense of the interests of the NHMRC and the ARC, and indeed the Australian public”.

The current (2007) version of the Code spells out in detail the professional standards expected of academic researchers in Australia, in particular those in receipt of research grants (taxpayer funds) awarded by the NHMRC and the ARC.

The Code in Part B also lays out guidance for how allegations of research misconduct are to be investigated by institutions in receipt of NHMRC or ARC research grants.

In accepting grants, institutions – predominantly universities and research institutes – sign an agreement that they will adhere to the provisions of the Code. If the present draft becomes the revised Code, it will represent a turning away from the necessary standards set in 2007, at a time when there is world-wide concern at the rising incidence of research misconduct and research fraud, and at the inability of institutions to promptly, fairly and without bias adjudicate allegations of research misconduct

The most obvious dilutions of the Code lie in three aspects: abbreviation of the document, change of terminology and language, and reduction in accountability and external oversight of institutions. 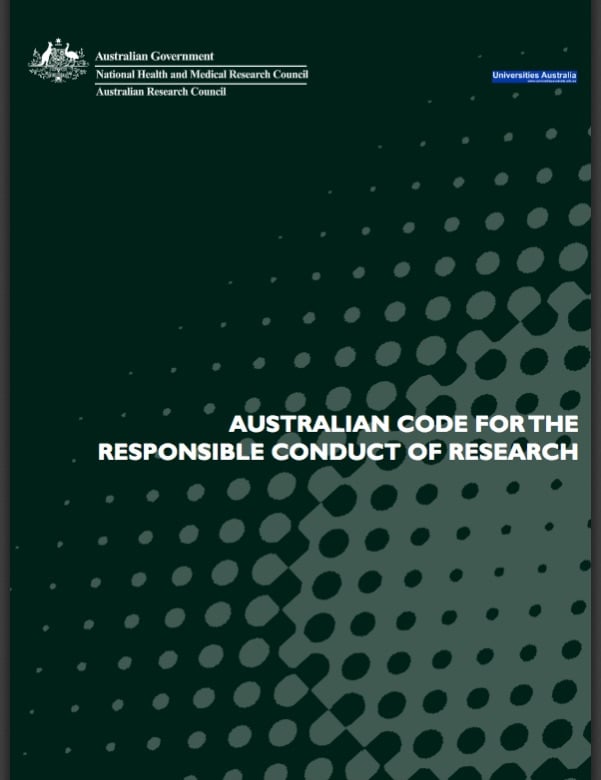 The 2007 Code covers in detail the standards expected for responsible research conduct and the allocation of those responsibilities to institutional management, researchers and research trainees.

It serves as an educational tool and in content and format is consistent with the three complementary documents that make up Australia’s framework for research governance: namely the National Statement on Ethical Conduct in Human Research ; Values and Ethics: Guidelines for Ethical Conduct in Aboriginal and Torres Strait Islander Health Research ; and the Australian Code of Practice for the Care and Use of Animals for Scientific Purposes.

The revised Code pares the standards down from 18 pages to three pages of principles, suitable perhaps as a wall chart but insufficient to serve as a useful reference guide or as an educational instrument. The sections advising institutions and researchers of their responsibilities, each of one page, contain only motherhood statements, while the responsibilities of research trainees have been omitted.

The draft Code promises a link to a series of ‘better practice guides’. Until these are made available, judgement must be reserved, but the tenor of the new draft version suggests that these ‘guides’ will not carry the same weight as the existing Code.

The change in terminology sees the abandonment of the concept of research misconduct. In its place researchers can only be accused of, and found guilty of, ‘breaches of the Code’.

The reason given for omitting any reference to research misconduct is that ‘there is not one universally agreed definition of research misconduct’. The lack of complete international agreement is predominantly due to a narrow definition set rigidly in legislation in the USA confined to ‘fabrication, falsification and plagiarism’. There is also mention of the preferred use of ‘breach’ in preference to ‘research misconduct’ in ‘some’ countries. From a recent personal search, this appears to be the case only in Canada.

Turning back the clock?

While the revised document admits that breaches may range from the least to the most serious, the absence of a definition of research misconduct, combined with a much abbreviated Code expressed as principles without qualifying or explanatory text, creates an overwhelming impression that the authors wish to see research misconduct downplayed as an issue in our institutions.

The section of the existing Code (Part B) that addresses how allegations of research misconduct are to be handled has also been rewritten, now as a stand-alone document entitled ‘Guide to investigating and managing potential breaches of the Australian Code for the Responsible Conduct of Research’.

While much of the new draft Part B is an improvement on the 2007 version (which in hindsight could have been better structured), it too has sections that represent a turning back of the clock. In the introduction, emphasis is now placed on this being a description of a ‘model process’ that is not legally binding.

Notably, the concept of external inquiry panels for the more serious allegations has almost completely disappeared. The use of the term an ‘investigation’ in place of an ‘inquiry’ and identifying hearings of any investigation panel as ‘meetings’ suggests a reversion back to such processes being a scientific assessment and not what most informed observers would call a disciplinary inquiry, especially where serious misconduct is alleged.

In the work of these panels, the role of a person with legal expertise in disciplinary processes (‘legal counsel’) is also diminished, no longer being permitted to be present at ‘meetings’ when witnesses are giving evidence. While the question of whether an accused person should have legal representation is a vexed one, the new draft errs too much in one direction without consideration of the rights of the accused whose livelihood might be in jeopardy. The draft document also suggests ambivalence about any right of appeal over panel decisions.

The call for transparency is undermined by a policy of requiring the release of only very limited information to the outside world as is reflected in the advice that institutions ‘should consider whether a de-identified public statement should be made to communicate the outcome of an investigation’.

The end result of the new draft is to create a document that appears to address only the interests of universities confronted with the challenge of managing complex integrity investigations, at the expense of the interests of the NHMRC and the ARC, and indeed the Australian public.

These two funding agencies need to ensure that research grants are used in a manner that the community can fully trust. The current draft is unlikely to achieve this.

• Dr Kerry Breen, a physician, is a past President of both the Australian Medical Council and the Medical Practitioners Board of Victoria, and was a member of the working party – representing the NHMRC), ARC, and UA – that drafted the current (2007) Australian Code for the Responsible Conduct of Research. He is also a member of the NHMRC/ARC Research Integrity Committee. The article above expresses his personal views.