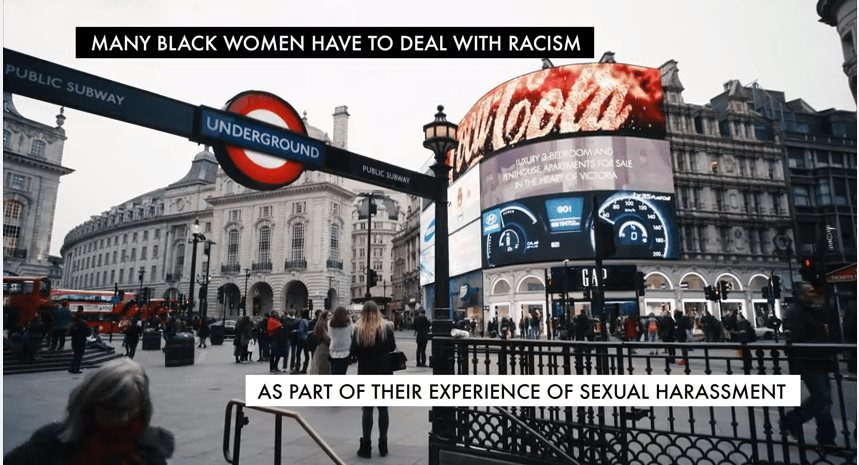 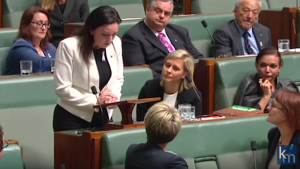 One of the most outstanding speeches in Federal Parliament this year came from Labor Member for Lindsay, Emma Husar, ahead of White Ribbon Day, where she spoke so movingly about her own family’s experiences with family violence. You can watch it here.

Many other insights and approaches to dealing with violence against women are raised in the post below from health promotion consultant Natalie Russell, reporting some of the highlights from a conference held in Adelaide.

The focus on the intersection of sexism and violence against women with racism and other issues also resonates strongly in the wake of the release on Friday of the findings of the coronial inquest into the death in custody of Western Australian Indigenous woman Ms Dhu,

A powerful 5-minute film ‘I’d just like to be free’ articulates the experiences of black women in the United Kingdom and how race changes their experience of sexual harassment.

In it, one woman says:

“My experiences are different as a black woman than they are for my white friends. I should be ‘up for it’ or I am ‘fair game’ or I shouldn’t care if my body is touched in a specific way.”

Recognition that there are multiple sites of oppression and privilege which can drive violence against women was a strong focus at the ‘Prevalent and Preventable’: International Conference on Violence Against Women in Adelaide.

Hosted by the Australian Women Against Violence Alliance (AWAVA) in conjunction with Our Watch and supported by WESNET (Women’s Service Network), it bought together academics, practitioners and policy-makers  for a three-day international exchange of knowledge and ideas on the primary prevention of violence against women and their children.

It prompted delegates to consider some of the more difficult questions in primary prevention, with a focus on knowledge sharing and on how multiple forms of inequality, discrimination and marginalisation impact women’s lives and influence the perpetration of violence.

We heard that addressing  the complex issue of intersectionality requires a great deal of thought-work and integration, as we need to consider an individual’s diversity of experience through the intersection of sexism with racism, ableism, ageism, classism, homophobia and transphobia.

Conference panelists acknowledged that working to address intersectionality requires investment in time, energy and critical partnerships, and is ‘messy’, according to Marais Larasi, Executive Director from Imkaan, the UK-based, black feminist organisation dedicated to addressing violence against women and girls which co-produced the  ‘I’d just like to be free’ film which was shown at the conference.

Larasi challenged us to assess our own use of language when we talk about ‘minority’ groups – language that often isn’t helpful when seeking to address the issues that intersect and impact on women’s experience of gender inequality  and violence.

She closed  her presentation declaring that ‘we will not end violence against women until all structures that uphold power and privilege are dismantled.’ It was a prod to Australian delegates to acknowledge and address the legacies of colonisation for Aboriginal and Torres Strait islander people and to show global leadership in taking an intersectional approach.

Gender inequality is as real for Aboriginal and Torres Strait Islander  women as it is for other Australian women but is also bound up in other forms of discrimination and inequality that exists (colonisation, racism, etc), she said.

In response to these complex issues, Braybrook  stressed how fundamental Aboriginal community controlled organisations are to addressing family violence in Aboriginal communities. A short film of the Sisters Day Out program run by FVPLS can be viewed here.

In other sessions, Our Watch CEO  Ms Mary Barry outlined the new National Framework for Preventing Violence against Women and their Children ‘Change the Story’, which provides the roadmap for primary prevention action.

Barry emphasised the population-level focus of the Framework, which supports action across multiple settings through a consistent multi-level approach on gender equality where people live, work, learn and play. She also made a strong economic case for investing in prevention, informing us that a recent shows that violence against women and their children costs Australia $21.7 billion a year, yet investment in prevention (which makes up just 1.7 per cent of public health spending) is lagging.

Ahead of the announcement last month of the Victorian Government’s landmark 10-year Family Violence Strategy, the conference heard from Tania Farha, Director for the Office for Prevention and Women’s Equality in the Victorian Department of Premier and Cabinet (DPC).

She said there was strong political will in Victoria backed by financial commitment, following the release of the report of the Royal Commission into Family Violence (RCFV), to develop the State’s first ever Gender Equality Strategy and a primary prevention action plan underpinned by the principles of Change the Story.

Farha described this as a seminal moment with both opportunities and challenges – how do we operationalise Change the Story on a state-wide level?

In keeping with the focus on intersectionality, she said that while broad population approaches will be developed, tailored approaches and targeted interventions for some groups are needed to ensure consistent and equitable outcomes in rural and regional areas and across multiple complexities and needs.

With research and evidence building a key part of Victoria’s investment, delegates from other jurisdictions described themselves as keen observers of how Victoria implements interventions on the scale required.

More information from the Conference including brief summaries of tweets and reflections from each stream and the keynote speakers can be found at https://storify.com/PPVAW/.

Watch that space for the following resources from Our Watch to support implementation of Change the Story: 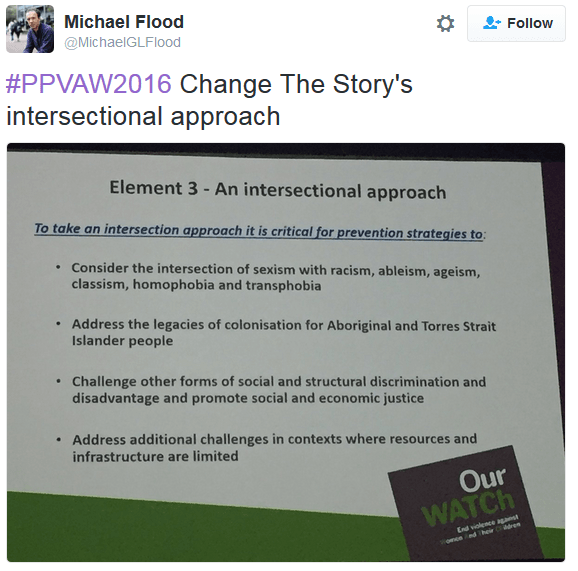 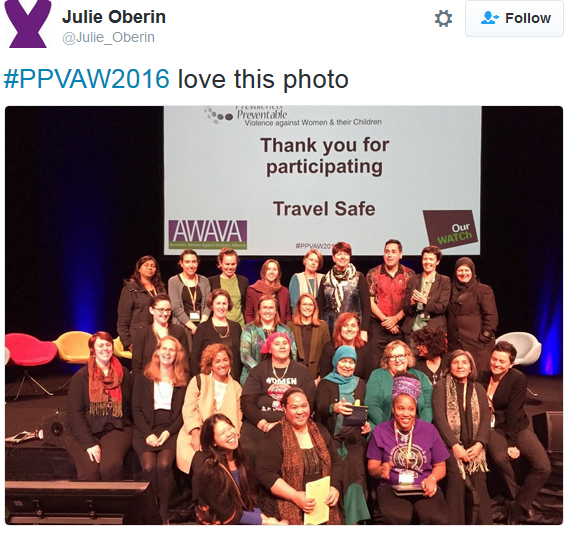