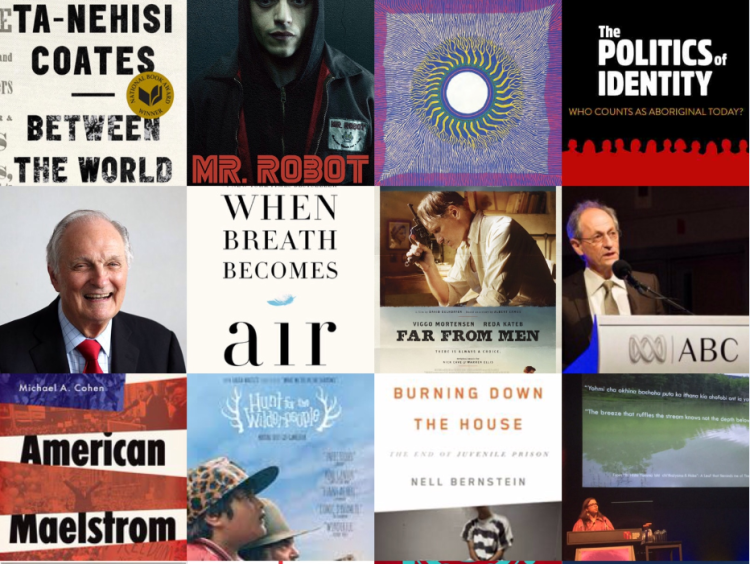 If you’re looking for last minute Christmas gifts or good reading, listening or viewing over the holiday period, then look no further than these recommendations from Croakey contributors.

And if you’re a movie maker wanting to appeal to a public health audience, then look no further than a smart, funny, perfectly cast New Zealand film….

Check out many other reflections from Croakey contributors about the year that was, in our summer holiday reading series.

What is the best book/movie/presentation/paper you read or saw this year? Why would you recommend it to Croakey readers?

Bronwyn Carlson, Associate Professor in Indigenous Studies, Faculty of Law, Humanities and Arts at the University of Wollongong 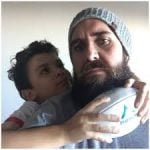 I would have to say my own book (The Politics of Identity: Who Counts as Aboriginal Today?) LOL but seriously the best thing I witnessed this year was the #IndigenousDads campaign on Twitter. Even in the wake of horrific trauma – bearing witness to the horrors endured by young Indigenous boys in the juvenile justice detention centres in the Northern Territory (and across Australia) and coping with the racism that followed in the form of a cartoon, Indigenous people took to social media and responded in the most amazing way. Thousands of posts of fathers and families celebrated across the country. This truly demonstrated the resilience that we have as a group of people who share the experience of colonisation. That is solidarity in practice.

American Maelstrom by Michael Cohen. Subtitled ‘The 1968 (Presidential) Election and the Politics of Division’, it is immediately relatable to 2016.

According to my husband, I have become a Medicare tragic! Look I think he’s onto something because it’s true that I constantly have my head buried in health policy and health financing system books, papers, journals, anything I can lay my hands on. So on a recent weekend away he forbade me from reading anything health related (a bit unfair I thought) and insisted I return to fiction. So I loaded up my kindle with the one Ian McEwan novel I had not read “Enduring Love” and agree with my aunt who has always said it is a masterpiece, albeit with a slightly disappointing ending. Why would I recommend it to Croakey readers? It’s a cracking good read and he is a maestro of a writer.

Sir Michael Marmot’s Boyer Lecture series Fair Australia: Social Justice and the Health Gap provided a rare chance to hear from a renowned public health leader and he didn’t disappoint! The series helped to elevate a discussion about the social determinants of health and health inequalities, and engage a broad audience that extended beyond the usual suspects. Listen to the recordings and be inspired by Marmot’s storytelling and evidence-based optimism: www.abc.net.au/radionational/programs/boyerlectures/

Stan Grant: Talking to my country , Ta-Nehisi Coates: Between the world and me, both have helped give me a little insight into ‘white’ Australia’s ongoing incompetence in addressing the problem we have (it is our problem) of addressing the issues besetting our Indigenous brothers and sisters. And on a lighter note Bertrand Russell: In praise of idleness. This is about active idleness, time to think, to question, to doubt. It is a crucial idea for progress to occur.

It has to be Mr Robot (USA Network), season 1. It is so current, so relevant, and on so many levels so disturbing. Brilliantly done, it had me hooked before even finishing the first episode.

The work of Choctaw woman Professor Katrina Walters presented at the Lowitja Conference – ‘The Trail of Tears’ – showed the power of culture to be recaptured and that dealing with the causes of historical trauma delivers better outcomes.

Hunt for the Wilderpeople: a terrific Kiwi tale of love, loss and fierce independence; and some great scenery too.

This ten year plan from 26TEN, Tasmania’s multi-sector approach to lifting adult literacy levels. https://26ten.tas.gov.au/Pages/Strategy.aspx
Why? In Tasmania, as in many parts of Australia, nearly I in 2 adults lack the reading, writing, maths and digital skills necessary to engage fully with family, community and work.

As the plan says, “This means that for almost half of us, life is harder than it needs to be.”

Declaration: I have worked with 26TEN in the past on the links between adult literacy and plain language.

The 2016 International Conference on Medical Regulation we held in Melbourne. Much to learn from so many people from more than 40  countries. Very different health systems but many common challenges for patient safety, and a lot to offer from our experience in Australia. A proud moment!

The book Busy: How to Thrive in a World of Too Much by Tony Crabbe. It was fantastic for me, life changing in terms of being a CEO.

The Imitation Game – great British film about an amazing person.

Peter Sainsbury, Adjunct Associate Professor at the Sydney School of Public Health at the University of Sydney.

Facing the Anthropocene by Ian Angus (Monthly Review Press, 2016) – an ecosocialist analysis of climate change. It doesn’t matter how good our technology is and even how committed we are to reaching zero net emissions by 2050 in countries of the developed world, if we don’t fix the intra-national and inter-national equity, human rights and democracy problems at the same that we tackle climate change, we will not save the world from a catastrophe. ‘There is no such thing as a win-win revolution’ (page 215).

What comes to mind is a paper I just peer reviewed. It was one of the best examples I have seen of what can be achieved with good qualitative research and was a joy to read.

When Breath Becomes Air by Paul Kalinthi is the biography of a dying doctor: a young man just completing his training as a neurosurgeon who discovers that he has metastatic lung cancer.  Kalanthi had always looked for what made life meaningful, and it is ironic, and such a loss to the world, that he found so much meaning in dying.  His book reminds us of the balance between life and death, hope and resignation, idealism and the bitter lessons of life, and the importance of never becoming inured to suffering.  At a time when  the medical and research professions are realising the need to better balance vocation, work and personal life and Australia is searching for ways to provide more dignity in death, this book is a beautiful, challenging and insightful read.

Far from men (directed by David Oelhoffen, with Viggo Mortensen, Reda Ketab). Based on an Albert Camus story, a French teacher in a small Algerian village during the Algerian War forms an unexpected bond with a man who he has been ordered to turn in to the authorities for likely execution for a village murder. So much in this film about the importance of seeing humanity in outsiders.

Julieta (directed by Pedro Almodovar). For me the stand-out at this year’s Sydney Film Festival. Utterly heart-rending story of a mother’s search for her daughter who disappeared from her life. The best from this often thrilling director in years.

So many, but Submission by Michel Houellebecq (not unknown to controversy) was a ‘cannot put down’ book . It is also very controversial in France because the narrative is  around a  Muslim becoming the French President and the subsequent changes in the country. Coincidently it was also published on the day of the killings of  Charlie Hebdo staff. For those interested Karl Ove Knausgaard reviews this book here in the New York Times.  (Karl Ove Knausgaard, himself a terrific read is the author of My Struggle( 6 volumes!)

Hunt for the Wilderpeople

The best movie that I saw this year was the Hunt for the Wilderpeople. If you have not seen this movie sit back and see how New Zealanders deal with issues. It is a bit over the top at times. However, suspend reality and run with it, enjoy the constant one liners and the concept.

On a more serious note .. I have just written a book review for Aulich, C (ed), From Abbott to Turnbull: A New Direction? This series of chapters provides an interesting insight into the foibles and the attitudes of the current and previous governments. My review is to be published on January 5 in www.citynews.com.au (I am a political tragic).

Anything by JK Rowling – she is one cool writer.

PrevPrevious2016 left you grinchy and grim? Here are some gifts to lift your spirits & sights
NextWarm wishes and reflections for the year aheadNext