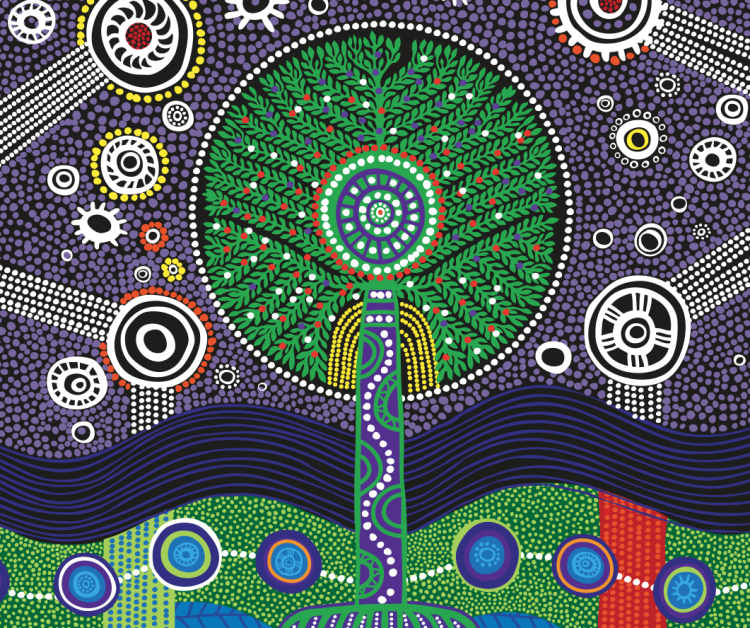 Image source: 'Bringing Them Home 20 years on: an action plan for healing' The Healing Foundation

This plan addresses a number of different areas recommended by the Closing the Gap report and includes $378.6 million for a new redress scheme for Stolen Generations survivors from the Northern Territory, the Australian Capital Territory and Jervis Bay Territory.

Below, the Healing Foundation Chair, Professor Steve Larkin, discusses the significance of this funding and the role of these reparations in the broader Closing the Gap response. He also highlights the need for initiatives under the plan to continue to be co-designed with First Nations Australians.

The recent announcement by Federal Government of reparations and wellbeing support for Stolen Generations survivors in Commonwealth territories is a major step towards healing for Australia – for all Australians.

The scheme will offer practical support for Stolen Generations survivors to address the often-complex health and economic needs that are a result of forced removal.

The $378.6 million redress component for living Stolen Generations survivors who were removed as children from safe loving and nurturing families and communities in the Northern Territory, the Australian Capital Territory, and Jervis Bay acknowledges the pain and hurt caused by the Commonwealth Government and seeks to support righting wrongs of the past.

Evidence from the Australian Institute of Health and Welfare (AIHW) is clear: Stolen Generations survivors are more likely to be worse off than other Indigenous Australians of the same age on a range of health and socioeconomic outcomes, and significantly it concludes that this is caused by being forcibly removed from the safety of family, and the subsequent abuse and attempted erasure of cultural and family roots.

The fact that last week’s announcement was delivered by a Coalition Government is a big step, as we as a nation tussle with broader issues around truth telling about Australia’s (still) contested history, the challenges of reconciliation, and opportunities for partnerships and positive change, like the Uluru Statement from the Heart.

As Chair, I am proud of the key role of The Healing Foundation in working with the Government to achieve this support for Stolen Generations survivors.

The Morrison Government’s announcement on Thursday of a $378m redress scheme for survivors of the Stolen Generations was a historic moment and the culmination of skilful advocacy by the Healing Foundation, which represents the interests of Aboriginal and Torres Strait Islander people removed from their families.”

And the Prime Minister himself said:

Earlier this year I met with The Healing Foundation and survivors of the Stolen Generations, and I committed then that I would look at this important issue.”

But our work is informed by our critical and decade-long engagement with Stolen Generations survivors, families and communities, and the consistent elevating of their voices, alongside undeniable data analysis.

There is a significant burden that is carried by over a third of our population, and one that we had no say in carrying. The intergenerational repercussions are also now in plain view. Systems and structures must change.

Co-design essential for Closing the Gap

Last week’s reparations announcement, made by Prime Minister Scott Morrison at a Parliamentary press conference, was part of a bigger Closing the Gap Implementation Plan, which has been a major undertaking of the Coalition of Peaks, led by NACCHO chief executive Pat Turner.

Survivors in the Commonwealth Territories have been campaigning long and hard for recognition. This includes people like Eileen Cummings, Chair of the Northern Territory Stolen Generations Aboriginal Corporation. And its chief executive Maisie Austin, who sits on The Healing Foundation’s Stolen Generations Reference Group and guides our work.

Those who echo many other voices who say this outcome is not about the money but about the recognition of what happened and that people suffered and continue to.

Reparations acknowledge survivors’ journeys, and those of their families. To hear from the highest offices of Government, from those responsible, that you feel seen and heard is an important step in the healing process, both personally and collectively.

For Stolen Generations survivors, being listened to, being able to tell your story in a safe environment, where care is taken to ensure trauma is not retriggered is essential.

These are essential components of trauma-aware, healing-informed care, that involves Stolen Generations survivors directly in its design.

The Prime Minister acknowledged the importance of co-design in his announcement of the Closing the Gap implementation plan:

This must also mean that all parts of the Closing the Gap initiative are trauma-aware and healing-informed. That they are co-designed with First Nations Australians, the very people who the National Agreement on Closing the Gap, and the reparations Scheme is designed to service.

Having the Coalition of Peaks overseeing the implementation of the Agreement is a critical step. Having all governments on board and walking alongside Aboriginal and Torres Strait Islander peoples is vital. But to Make Healing Happen, we need sectors, systems, and workforces who come in contact with any and all First Nations peoples to know the impact past policies still have on us today.

To change behaviour, in the spirit of understanding, of reconciliation, and ultimately of healing, for the betterment of all Australians. Having Stolen Generations voices at the table reflects the mandate and purpose in our work. It lets us know we’re on the right track, as we continue to amplify voices of the unheard and the unseen.

Next steps for healing

Despite having the highest proportion of Stolen Generations survivors, Queensland and Western Australia are the only two states that are yet to implement a co-designed redress scheme.

We now call on the Queensland and West Australian state governments to look at similar schemes that will help to support Stolen Generations survivors living in Queensland and Western Australia, who have the same burden to carry as a direct result of the removal policies. They too have fought for many decades to be heard and to be seen.

Despite unmistakable evidence from the AIHW, we know that there hasn’t been a coordinated effort across the country.

The Healing Foundation’s message and the message we’ve elevated from survivors in our Make Healing Happen campaign, launched at the National Press Club in June, is that while we look at the evidence that we now have – that we can’t turn away from – we need also to focus on what works, on the solutions that are in communities.

And 24 years on from the Bringing Them Home report and that inquiry into the separation of children from their families, we can’t let more years of compounded trauma get away from us.

We must make healing happen, because as that report forewarned, the issues will get greater to deal with and to overcome the longer we delay. We’ve seen that in the most recent data from the AIHW, and in these gaps that we still must close.

Along with my fellow Board members, I want to thank all those involved in this historic outcome on our long-trodden journey of healing. Those individuals, families, and communities who have fought tirelessly for many years, we pay our respects to you.

We would like to thank the members of the inaugural Healing Foundation Stolen Generations Reference Group, led by Florence Onus, whose work set the foundation for where we are today. I’d also like to acknowledge the current reference group, led by Ian Hamm, who continue to guide our work today.

See Croakey’s archive of stories about the Stolen Generations.

PrevPreviousThe latest news on consumer engagement in research, healthcare and system designvoice
NextAmid widening lockdowns, policy failures and growing anxiety for Aboriginal communities, some thanks for the tireless workersNext