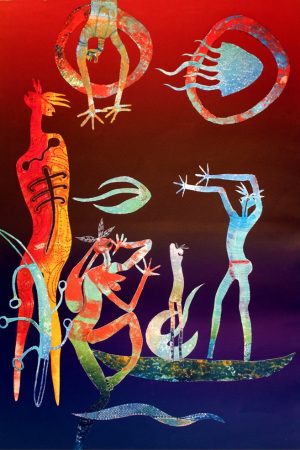 As both major parties jostle for poll-driven primacy in the mental health space, Australia’s psychiatrists are urging a deeper commitment to mental health and its determinants — particularly for vulnerable populations — ahead of next weekend’s Federal Election.

The Royal Australian and New Zealand College of Psychiatrists meets in Cairns this week for its annual Congress, #RANZCP2019, bringing together hundreds of mental health professionals from across the two countries to discuss the latest issues and advances in the field.

Croakey journalist Marie McInerney will be there for the Croakey Conference News Service, and previews the event below.

Indigenous mental health features prominently in the program, as the College ramps up its advocacy role, urging funding reform to promote recovery-oriented models and reflecting on the individual and collective role psychiatrists can play in improving the system.

Psychiatrists need to become stronger in their advocacy for vulnerable groups and step up in their practice for some patient groups – such as people with intellectual disability – where they have been “missing in action”, says Royal Australian and New Zealand College of Psychiatrists president Dr Kym Jenkins.

Practitioners also need to better look after their own mental health and be careful that “self-stigma” does not contribute further to the discrimination that affects many of their patients, Jenkins said ahead of this week’s RANZCP annual congress in Cairns.

The four-day event will provide a timely focus on mental health in the final week of the May 18 federal election campaign, in which the RANZCP and other major health peak bodies and colleges have been pursuing broad reforms in the sector.

Jenkins told Croakey she is not impressed to date with the mental health focus of the major parties – giving her personal verdict as “woeful” – saying they are opting  for the “low hanging fruit” of more headspace centres.

The Coalition’s last Budget committed $737 million to mental health over seven years, including a big injection into headspace and a $114.5 million ‘adult headspace’ trial.

Labor has announced it would match those commitments, and promised nearly $200 million for what it describes as ‘headspace Plus’ centres, to provide more specialised, intensive and extended care for young people with mental health issues.

Making the qualification that this was only her personal view, Jenkins said:

I need something from both parties that goes further than creating more headspace centres. That’s not the beginning and end of mental health care.”

It’s a critique echoed elsewhere in the mental health sector during the election.

Professor Pat Dudgeon from the Centre of Best Practice in Aboriginal and Torres Strait Islander Suicide Prevention is urging an approach beyond services.

More on the election below.

More than 1,200 mental health professionals from across Australia and New Zealand are set to attend this week’s RANZCP Congress in Cairns, which has as its theme: ‘Continuity in a world of change: culture, diversity and mutual learning’.

Highlights include a session with Australia’s first Indigenous psychiatrist, Professor Helen Milroy, and reflections from a Māori healing and psychiatry partnership between Allister Bush & Wiremu NiaNia.

Hello Cairns!! Can’t wait to see you all at #RANZCP2019 pic.twitter.com/NOvMwtcoY7

Professor Julian Trollor, the inaugural Chair of Intellectual Disability Mental Health School of Psychiatry at UNSW, will deliver a keynote as winner of the RANZCP’s Senior Research Award for his work on improving the mental health and wellbeing of people with an intellectual disability.

“I think that’s a really important area, psychiatrists have been missing in action on that one for too long,” Jenkins said.

“You could actually get votes on mental health”

In the leadup to Saturday’s election, the RANZCP has been calling for urgent improvement in the quality of crisis mental health care in Australia where “all too often, for a range of reasons, the emergency department is the only option for people at a time of acute crisis.”

The RANZCP last year partnered with the Australasian College of Emergency Medicine to stage a national summit on mental health and Emergency Departments – see Croakey’s coverage of the event.

We spoke with Associate Professor John Allan, RANZCP president elect, on the sidelines of the summit, about some of the issues.

In its election statement, the RANZCP has called for a shift in the design and investment of the mental health system to a recovery-oriented model, where people with mental illness are supported in the community, and by intensive services when needed.

Its priority areas are:

Jenkins said ongoing commitments to address the mental health of young people through headspace funding were welcome, but failure to invest in mental health care for older people “is part of the stigma and ageism in society reflected in our government”.

“It’s sad, it’s woeful.  I would have thought in today’s climate you could actually get votes on mental health.”

Psychiatry is facing its own scrutiny and questions – including existential ones about the future of the profession as The Lancet has explored, asking:

In Australia there are also big questions about cost, equity of access, and – particularly from consumers – quality and safety of treatment.

As highlighted by Dudgeon above, mental health is about so much more than health care, while experts also warn that mental health spending is not filtering through to people in the areas that need it most.

According to Mendoza, Blacktown in Sydney’s west — an area with a population of 330,000-plus people — did not have a single private psychiatrist, while the 32,500 residents of Mosman in the city’s moneyed lower north shore had access to 100 local psychiatrists, a thousand-fold gap.

Jenkins is all too familiar with the issue, which she says is not confined to psychiatrists but applies to all sub-specialties in mental health.

With her term as RANZCP president set to end at the Congress, Jenkins has had people “begging me to go to rural and regional places”, including to fill a senior vacancy that has been open for five years – but it’s not something she can consider for family reasons.

She agrees that financial barriers are also a significant issue, with the majority of psychiatrists working in private practice and big out-of-pocket costs for treatment.

While advocates like Professor Ian Hickie are arguing for team-based care models and funding to shift away from fee-for-service, the RANZCP says a big problem is that rebates for psychiatry services under the MBS have not kept pace with costs.

“My colleagues are leaving the public sector in record numbers due to a number of reasons including, safety and ethical concerns, with low morale created by the inability to provide the level of care they desire,” he said.

Jenkins says many people, particularly those with severe anxiety or severe and enduring eating disorders, are forced into the private sector because there aren’t services for them in the public system.

“So we do need to look at the systemic issues as well,” she said.

As it embraces a more active advocacy role, the RANZCP has recently focused on addressing the disproportionate physical health toll experienced by people with poorer mental health.

Psychiatrists came under fire from consumer participants at a recent symposium for their contribution to that toll through medications and treatments.

Jenkins, who was a keynote speaker at the symposium, is open to the criticism and the need to move to patient-centred care and truly informed consent.

You can watch our interview with her at that event below.

“As a profession we’ve got a lot to answer for in the past,” she said, referring to a history of shocking scandals.

“But we can’t be complacent about what we’re doing at the moment (either),” she added.

Ahead of the congress, Jenkins called on the profession to be more willing to challenge the status quo, and act on the needs of vulnerable populations.

“We need to be less afraid of speaking out when we see injustice, or when we see things that aren’t fair or aren’t right”,” she said.

She also is urging a greater focus on the wellbeing of the profession itself, with a number of congress presentations this week looking at burnout, self-care, and the “self stigma” of being a psychiatrist with a mental health issue.

Addressing this was important, not just for the sake of psychiatrists themselves, but also their patients;  breaking down “that barrier of the person with mental illness being ‘the other’ when actually we’re all the same”, Jenkins said.

Bookmark our coverage here, follow @mariemcinerney‘s tweetstream at @WePublicHealth and the College’s posts at @RANZCP, and join the discussion at #RANZCP2019.

PrevPreviousWhile talking about medicines during the election campaign, here are some critical questions…
NextExperts highlight key differences between the political parties on critical health concernsNext