Reflections of an economic migrant: one life should not be valued more than another’s

We live in troubled times when our political leaders place more value on some lives than others, says Dr Virginia Barbour, a medical editor who brings a global perspective to bear on her recent move to Australia. 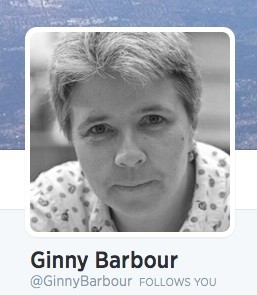 It’s been a strange few weeks from the point of view of a relatively newly arrived migrant to Australia.

When I moved here last year with my Australian husband and kids, Australian academics warned me that I needed to get used to life in an airplane – and as someone who oversees teams in both the US and UK, that has proved to be the case (forget flight comparison websites, I know more than them all).

But most sobering has been the realisation, as the world has watched the gruelling search for remains of passengers of MH17 in a Ukraine summer and the ongoing mystery of the lost MH370 in the deep Indian Ocean, just how dependent Australia is on air travel.

This was brought home to me as I arrived home from Europe, a couple of days after the gunning down of MH17, to a very warm hug from a usually very cool teenager, who had laid out in front of her in the newspapers the flight paths over Ukraine of the various airlines.

A second, more troubling theme has emerged as I have travelled across the world recently: just how accidents of birth have given me and my family the right to travel unimpeded pretty much anywhere in the world – economic migrants if ever there were (a term used, by the way, as a form of scorn recently by the Australian Immigration minister in relation to a group of Indian refugees seeking asylum in Australia).

Between us, my family has US, UK, and Australian passports and thus we are more or less guaranteed entry wherever we wish. Contrast this with the ongoing appalling sights at borders the world over; migrants sailing to Australia in inadequate boats to be locked up in degrading conditions in detention centers offshore; children streaming across the southern US border sent by their families to escape poverty and violence; whole populations moving across borders in the Middle East to escape genocide, or perhaps, even worse, trapped in sieges in Gaza or on mountain tops in Iraq in wars not of their making.

At times like these, it’s not always clear how and why some groups get the cash and sympathy and some don’t.

Make no mistake, Australia is a wonderful country with a vibrant and incredibly mixed population – and that mixture is what makes it special; I feel incredibly lucky to be here.

But at the same time, it’s hard not to feel guilty and ashamed of the politicians here and elsewhere who take up the more glamorous causes – of a high-tech search for a missing plane, while at the same time turning away or incarcerating children who cross the same ocean in a rather grubby boat.

These are troubled times, as the world seems to be turning on itself and, as one commentator said, it takes a strong stomach to even read the front page of a newspaper nowadays.

Perhaps it is the numbers that are so numbing. The British epidemiologist Sir Austin Bradford Hill said this: “Health statistics represent people with the tears wiped off”.

Even more pertinently, Alan Bennett, a British writer said this: “Poets are not statisticians; one death means more than a thousand”.

I’d like to hope that we will urgently use this time to remember that in the end that lives lost in Gaza, or the Ukraine, or the Indian Ocean have the same value. If ever there was a time for a statistical poet, it’s now.

PrevPreviousThe Health Wrap: Ebola and inequity; policy power and passion; our bodies as Temples of Doom?
NextA call for transformative decolonisation of the health sectorNext