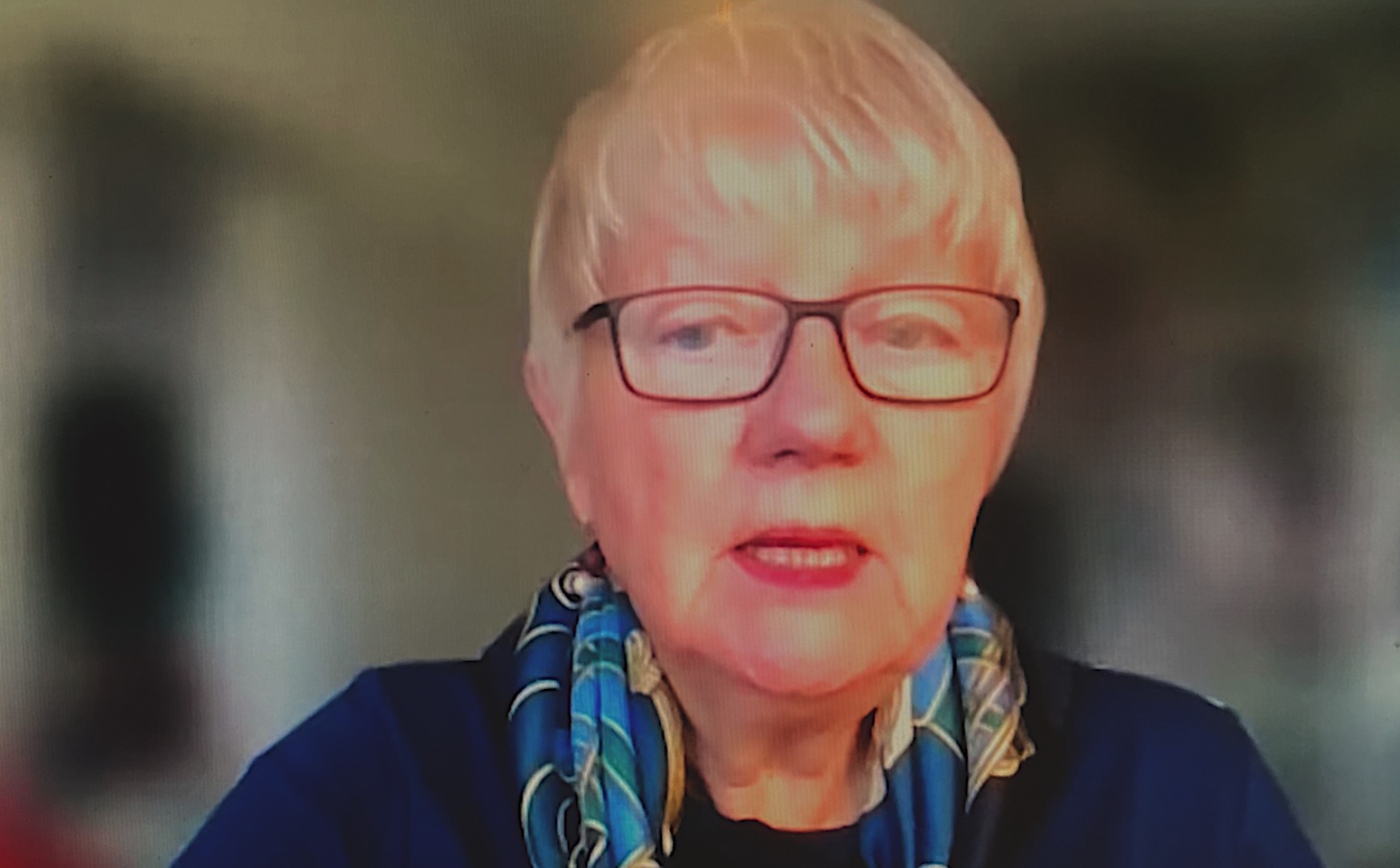 Introduction by Croakey: Some of the most important lessons from the COVID-19 pandemic are political, including the importance of building trust in politics and public health, according to global health leader Professor Ilona Kickbusch.

Interviewed below by Professor Bettina Borisch, Executive Director of the World Federation of Public Health Associations (WFPHA), Kickbusch also stresses the importance of addressing the digital determinants of health, and ensuring young people are enabled to lead in public health.

She discusses the need to strengthen public health, to make it more politically relevant, and to ensure it is better able to work with communities – an issue also highlighted in this recent interview with Dr Rüdiger Krech, Director of Health Promotion at the World Health Organization, who called for health promotion strategies – such as co-design and community engagement – to be central to public health responses.

Kickbusch, a political scientist who was profiled by The Lancet in 2017 and awarded by the World Health Organization in 2021, is interviewed as part of the #WorldInTurmoil series, a collaboration between Croakey and the WFPHA in the lead up to the 17th World Congress on Public Health, to be held in Rome in May.

Bettina Borisch: Ilona is a miracle, because everything in global health, when it became really fashionable you just have to look: Ilona had already mentioned it and worked on it years before.

Ilona has been instrumental for health promotion while working on the Ottawa Charter. She has been working on demographics of aging before anyone talked about aging societies. She has developed the health in all policies ideas early on. If you think about health literacy or food systems, look it up. Ilona was there. She was there. She did it.

And so, I think, she is the best person to ask the questions that are important for us nowadays. But what I really like about Ilona, go on her profile. it’s written: always a feminist.

Welcome Ilona, and let me start by asking you, you with all your knowledge, and your vision, global health vision: how did you personally experience the pandemic, what did you learn and what could governments have done better?

Ilona Kickbusch: Thank you for this really enormous question, we could probably spend three days discussing it. And a whole number of people are discussing it. I mean, for me, the same thing happened as to many other people – my life changed quite considerably.

Much of the travel stopped, on the one hand, on the other hand, many more virtual meetings started. We learned to work and I learned to work in a different way. I got to know totally new people because, suddenly, people were accessible via Zoom that were not accessible in person. So that was a very, very fascinating experience. Particularly the dialogue with colleagues from the global South became much more intense and much more important. And I think that was something the pandemic really taught us.

Of course, we could talk for a long time what countries did and didn’t do. And, actually, some countries have now started evaluation procedures. Parliaments have called for inquiries. And I think that’s really important, that parliamentarians think about the political decision-making.

And, since I’m a political scientist, I would say that, for me, the political implications and the political lessons that we learn through the pandemic are probably the most important – that we did not have, in many countries, the political processes in place to make decisions about the pandemic, it was left to governments.

For example, in many cases parliaments were sidelined. For example, we did not have the right mechanisms for science and politics to interact. And, of course, all the experiences with the politicisation of the pandemic, the rise of populism, infodemics, and all of that. The lack of trust, the loss of trust, are really the most important things that we must take away.

And so even if you have a vaccine in a hundred days, people are not necessarily ready to take that vaccine. So, we need to start here and now to build political trust in our societies. And to build trust in public health.

Bettina Borisch:  You know that we are, at the World Federation, running our world congress now called The World in Turmoil. And what would you think, that delegates could use this meeting to address some of these big challenges that we are facing in the world. And what could be, for such a great gathering, the take-home message?

Ilona Kickbusch: I think I would start with the trust issue again. Because, on the one hand of course, the fact is that public health is too weak in most of the countries and, actually, even the Universal Health Coverage Agenda neglected public health.

And, I think, in our societies, we are learning that the interface with people, particularly at a point in time where the communication through social media through new forms of communication, is becoming more and more critical. And sometimes dangerous to health.

That is something that public health needs to deal with. We have totally new challenges in front of us. And we have to take them up.

So, we’re on a trajectory that is very important. It can be strengthened – it must be strengthened, of course, particularly because, if we look at some of the countries in the global South, the majority of their population are young people.

So we need to have an understanding of what their needs are, what kind of public health priorities they would set. And we need to work together with them.

And I think young people can set a new tone on how we work together, both within countries and at community level, as I already said, but also, bring a new kind of equity debate into our global public health.

Because, of course, we know that, many of the discussions around decolonisation, around equity, around gender equity, with the new dimension of this, is not just about men and women, but about other vulnerable groups.

All these are issues that are very, very close to the agendas of young people. And this is important that, not only do we listen to them, but that we partly let them run the show. We have incredibly strong young people in public health.

And, of course, we can have a big debate when does young start and end, but all the same, those voices need to be heard. That innovation needs to be taken forward. And I do believe that we have a tremendous opportunity to take that forward.

So, a youth Council, not just, you know, as we experienced as women at one stage: “well, we get one female on the panel” or “we will get one woman representation on this governance body”.

We need to be more expansive, if I can call it that, and also look at new forms of participation to let those voices be heard. I have great trust in young people moving that forward.

In our project of the Lancet Commission on Governing Health Futures, it’s extraordinary the contribution young people made. And that has really reinforced my trust in young people.

Hopes for the future

Bettina Borisch: What are your hopes, your personal hopes for the future of public health? As you said, it’s still weak, but your positive hopes for public health, what would you say?

Ilona Kickbusch:  My positive hope for public health does also start with the changes that we’re seeing at the World Health Organization.

As you know, in 1986 we launched the Ottawa Charter with the support of the then-director General Halfdan Mahler. And it had the subtitle, Towards the New Public Health. And it had five key action areas.

And it started with the determinants of health. And it said: “health is created  in everyday life, where people live, love, work, and play.”

And the new program of the World Health Organization and the statements of the director General start from that; he says: “Health is not created in hospitals, it is created in families, on the streets, in shops. It is created where people take those decisions on their lives and where their livelihood is decided.”

So my hope for public health is that it becomes political in that sense. That it works with parliamentarians to make them understand what is it that creates health and where is health created.

And if we address that as public health, and if we widen that focus, public health is back in focus because of the pandemic, but it also showed us who was most vulnerable to the pandemic. It was people who were poor, who were neglected, who were stigmatised, who had non-communicable diseases. All issues that public health deals with in its everyday work.

And that everyday work must get stronger, must get supported by politics and must help create health in society.

• This is a lightly edited transcript of the interview

Bookmark this link to follow the World in Turmoil series