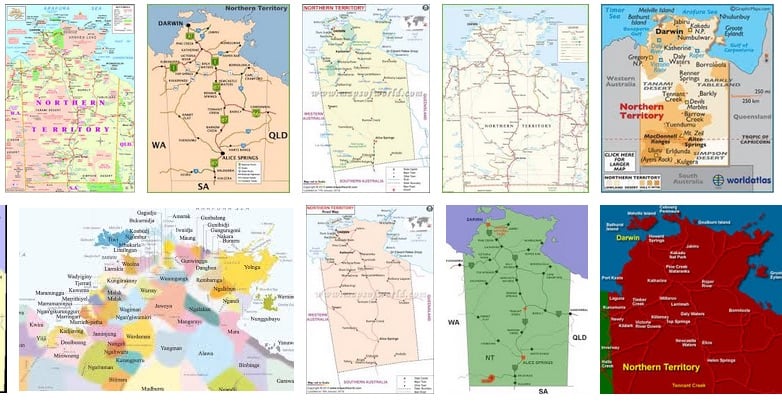 Regional and local circumstances are key to improving mental health in the NT: new report

Wide-ranging recommendations for improving the mental health and wellbeing of the Northern Territory’s “culturally diverse, widely dispersed and significantly disadvantaged population” include a focus on the upstream determinants of health.

A review of mental health and suicide prevention service provision across the NT has also spotlighted the importance of a well trained, supported and resourced Aboriginal mental health workforce, as well as the need to strengthen the mainstream sector’s continuous quality improvement processes related to cultural safety and competency.

The Northern Territory Mental Health Coalition, which undertook the review, will hold a forum for stakeholders on Monday in Darwin, to discuss the findings and recommendations (see here for more details).

Thanks to Vanessa Harris, Executive Officer of the NT Mental Health Coalition, for providing the report below.

Over a six-month period, the Coalition engaged closely with service providers, public servants, carers, and Aboriginal Medical Services and people with lived experiences, uncovering a range of needs, issues and gaps in regional mental health and suicide prevention service delivery.

The Coalition’s final report to NT PHN found two significant characteristics that add to the complexity of delivering mental health and suicide prevention services in the Northern Territory.

The first is the wide geographic spread of a comparatively small population. The second is the significant trauma and disadvantage experienced by a large proportion of the NT’s Aboriginal and Torres Strait Islander population. The shift towards locally based, community-controlled health services for Aboriginal people is an essential reform that seeks to address both of these characteristics.

In urban and remote areas, the review found that the roll-out of the National Disability Insurance Scheme (NDIS) continues to involve uncertainty around the viability of service delivery under the scheme, and gaps in support for people with psycho-social disabilities who may be ineligible for an NDIS package is a key concern for many.

Shortfalls in trauma-informed child and adolescent services, forensic services and Low Intensity Mental Health Services (LIMHS) were outlined in numerous consultations with providers, carers and people living with mental illness across the NT. In every region, the mental health system was described as being unresponsive after-hours and on weekends, with the exception of hospital emergency departments.

A well trained, supported and resourced Aboriginal mental health workforce was widely seen to be critical to the delivery of equitable, culturally engaged mental health care for Aboriginal people in the NT.

There was broad commitment amongst stakeholders to the continued development of Aboriginal Community Controlled Health Services (ACCHS), and strong recognition of the rights of Aboriginal people to cultural safety in accessing mental health and social and emotional well-being programs and services.

However, mainstream community mental health services continue to play a significant role in providing mental health and suicide prevention services to Aboriginal people in the Northern Territory. Strengthening mainstream sector’s continuous quality improvement processes related to cultural safety and competency was identified in the review as an important priority.

PHNs across Australia have been directed to use a Stepped Care Model in commissioning mental health services. Stepped Care is defined as an evidence-based, staged system comprising a hierarchy of interventions, from the least to the most intensive, and matched to the individual’s needs. Within Stepped Care, an individual is supported to transition up to higher intensity services or transition down to lower intensity services as their needs change.

In the NT, the Stepped Care model is seen as having the potential to enhance the composition and function the NT mental health care system. Increased resourcing of LIMHS and additional whole-of-population prevention and early intervention programs would alter the balance of the current service mix in a system that is heavily skewed towards high-intensity services and provision of pharmacotherapies – particularly in remote areas.

An increase in the system’s ability to engage in mental health promotion and to prevent mild mental health issues deteriorating into more debilitating conditions was welcomed by the sector. It was hoped that the flow on effect of such an investment would also free-up capacity within higher-intensity services, allowing greater orientation towards recovery in service delivery.

High incidence of trauma, homelessness and over-crowded housing, domestic and family violence, drug and alcohol use, unemployment, racism, poverty, chronic disease and low life expectancy are the backdrop to mental health and wellbeing in many Aboriginal communities across the NT.

The review identified that the development of community-led suicide prevention initiatives is essential to reducing the high rates of suicide within many Aboriginal communities. It was noted that such initiatives succeed when community ownership and support is maximised, and long-term funding is provided to create stability and predictability.

The findings to emerge from the review reflect much of what is already known about effective mental health and suicide prevention policy – that it must be informed by regional and local circumstances.

Social, emotional and economic well being

The NT’s culturally diverse, widely dispersed and significantly disadvantaged population requires a policy approach with a basis in social, emotional and economic well being, an approach that addresses upstream social determinants of health, and builds on local strengths and capacities.

The Fifth National Mental Health and Suicide Prevention Plan is very much a ‘health plan’, and fails to take a holistic view of the range of factors that influence a person’s health and well being. The Coalition’s review demonstrates that such approaches, on their own, can’t be expected to address the unique challenges experienced by many communities in the Northern Territory.

System reform in the NT requires long-term planning and collaboration between Commonwealth and Territory Governments, NT PHN, the NGO and ACCHO sectors and their respective peak bodies. This collaboration has the potential to address the unique and complex circumstances in the NT and is critical to the success of national reforms.

The Coalition’s review affirms the importance of including the perspectives of front-line workers, carers and people living with mental illness in shaping system reform in the NT.

The NT PHN is encouraged to continue to engage with all key stakeholders. Such engagement is critical to understanding and responding to the realities and needs of the NT’s unique population in order to effectively commission a range of targeted services throughout the NT.