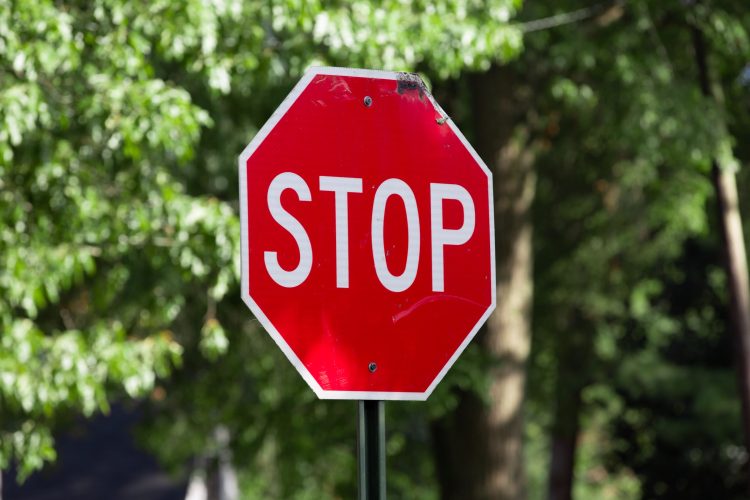 A clear message to the Federal Government on changes to charities regulation. Photo by Will Porada on Unsplash

Regulatory crackdown on charities is a public health hazard

Leading public and Indigenous health groups have joined environmental, social sector and legal organisations in warning the Federal Government against proceeding with changes to the regulation of charities.

Aboriginal and Torres Strait Islander justice advocates warn the move could silence their advocacy for people in custody, as well as undermining the work of organisations such as the First Peoples Disability Network Australia.

In an open letter to Prime Minister Scott Morrison, more than 70 organisations warn that the regulations would impede the work of charities in responding to communities’ needs in times of crisis and disaster.

Signatories include the Public Health Association of Australia (PHAA), the Fred Hollows Foundation, Doctors for the Environment Australia, People with Disability Australia, the Foundation for Alcohol Research and Education, the Alliance for Gambling Reform and the Climate Council.

Below, Malcolm Baalman, Senior Policy Officer at the PHAA, writes that the changes will have a chilling impact on advocacy for the public’s health.

Proposed new regulations that threaten charity officials with legal action – and potentially threaten whole charities with de-registration ­­– serve no legitimate purpose and can only have a chilling impact on advocacy for the public’s health in the long term.

National law regulates Australia’s 59,000 charities, many of which fight hard and advocate for the health of the public and for improvements to the many social, economic and cultural determinants of health. The Public Health Association of Australia is one such charity.

The Australian Charities and Not-for-profits Commission (ACNC) and its executive Commissioner administer this law. The Australian Government also controls the regulations which deal with the specific obligations of charities.

One such current regulation deals with rules for deregistering charities which commit criminal activities. Needless to say, charities almost never commit crimes, but the problem is that charities often support their members joining community protests and rallies, and from time to time relatively minor offences can be committed by individuals at these protests.

The link between such actions and the legal status of charities and their office-bearers has been a nagging legal problem for years, with the current Government periodically wanting to tighten the rules.

This current rule – ‘Governance standard 3’ – was independently reviewed three years ago by a committee headed by Patrick McClure AO. The panel found that the de-registration rule served no appropriate purpose and should be repealed from the regulations. This is what the review said:

It is not the function of the ACNC to force registered entities to enquire whether they may or may not have committed an offence (unrelated to the ACNC’s regulatory obligations), advise the Commissioner of that offence and for the ACNC to advise the relevant authority regarding the offence.” (McClure review report, page 47)

Another major legal problem with the current rule – and the proposed expanded version – is that it confers a power on a public official to make their own assessments of whether a charity might be associated with offences that might happen in the future. Completely missing from such an arbitrary decision are any connections to whether a court of law has actually determined that any offence has actually been committed.

It is an unfortunate background to the situation that the ACNC Commissioner is a political appointment, not an ordinary public service role. The current Commissioner – Gary Johns – is known to have a strong views in opposition to advocacy activity by some charities.

But whatever the political beliefs of the appointed Commissioner either now or into the future, it is inappropriate that such strong legal powers be put in the hands of any political appointee.

Instead of accepting the findings of the 2018 independent review, last week the Government announced that it would ignore the recommendation, keep the rule, and in fact make it stronger. The announcement said it would water down earlier draft versions of the change, but the impact on harassing charities in regard to protests and rallies will be little different.

In proposing this new regulation the Government was required to produce materials for a ‘regulatory impact statement’, which in fact revealed that there is no actual problem here that this serious expansion of the ‘governance standard’ would solve. There is no mischief here, because the 59,000 charities are simply not being involved with illegal actions of individuals in any measureable way.

In fact one of the core activities that the public actually expect of charities is that they will be fearless in pursuing their many and diverse legitimate charitable causes and purposes.

All of this might seem far away from the daily role of PHAA and other health-focused charities in going about their charitable work. We never endorse violent or disorderly protests.

But that is no reason to ignore this issue.

Over the last century many aspects of advocacy for the public health – from campaigning against tobacco multinationals, to calling for stronger water or air quality rules, to protests against social discrimination, to rallies in support of action on climate change – have required public protest in many forms.

Community public health advocates and activists are hardly violent criminals, but there is a vital principle here: the democratic right to challenge government actions and policies needs to remain strong and unfettered.

Regulators should not have power to hinder such public policy advocacy. The police and the courts exist to deal with any event that actually goes wrong and causes harm – not regulatory officials.

The current pandemic emergency makes the risk of ‘minor’ legal offences becoming ‘major’ threats to the right for protest and advocacy all the more real, since public health controls are frequently put in place as we seek to stop the spread of COVID-19. For example, in mid-2020 the Australian ‘Black Lives Matter’ movement held a number of rallies and protests, and at least one BLM rally in Sydney ran straight into police and public health orders not to gather in public places.

There are lots of ways to react to such contradictory imperatives, and on that occasion PHAA commented publicly to defend the principled right of protest against deep social disadvantage (a powerful determinant of the health of Aboriginal and Torres Strait Islander people), but simultaneously called on the rally organisers to take extra care and responsibility to manage their event to avoid virus transmission, and ensure it was peaceful and non-violent. That was a justifiable balance in handling the complex issues.

Advocacy for the public policy changes in many ways will always be necessary if we are to promote the public’s health and address societal disadvantages. That is a core purpose – and a legally guaranteed, legitimate purpose – of PHAA and tens of thousands of other charitable organisations.

Threats against charities’ registration and existence based on public campaigns – including rallies and protests – don’t serve the public interest.

But that is what the proposed new regulation might lead to. It is time for the Government to back down on this one.

Their own independent review suggested dropping this needless regulatory device altogether. That’s what they should now do.

The War on Charities, article by Andrew Leigh, Shadow Assistant Minister for Treasury, and for Charities 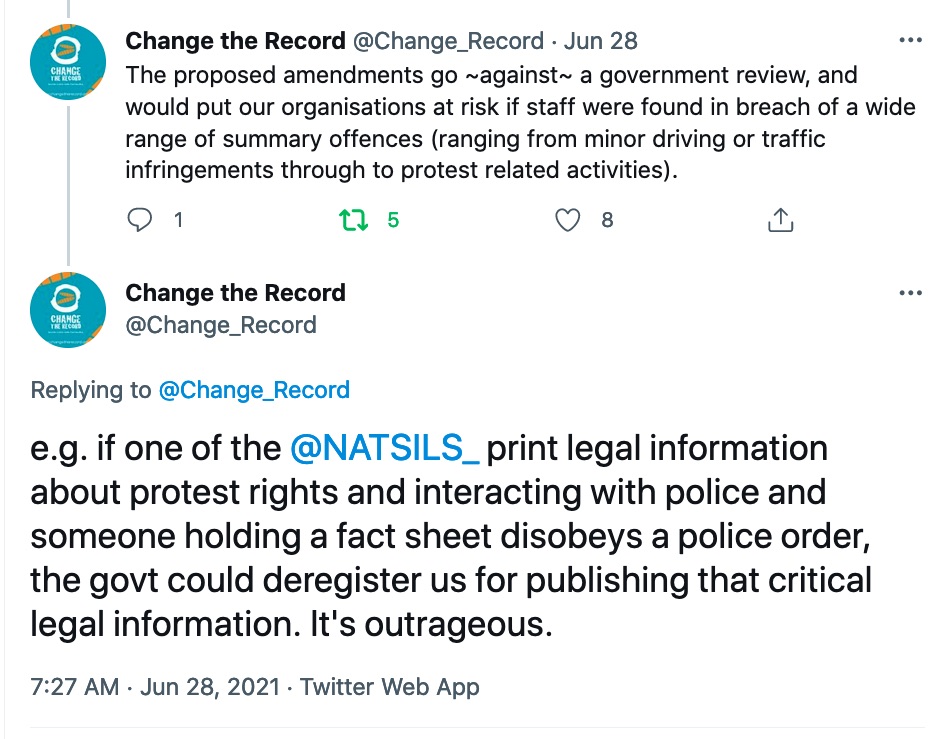 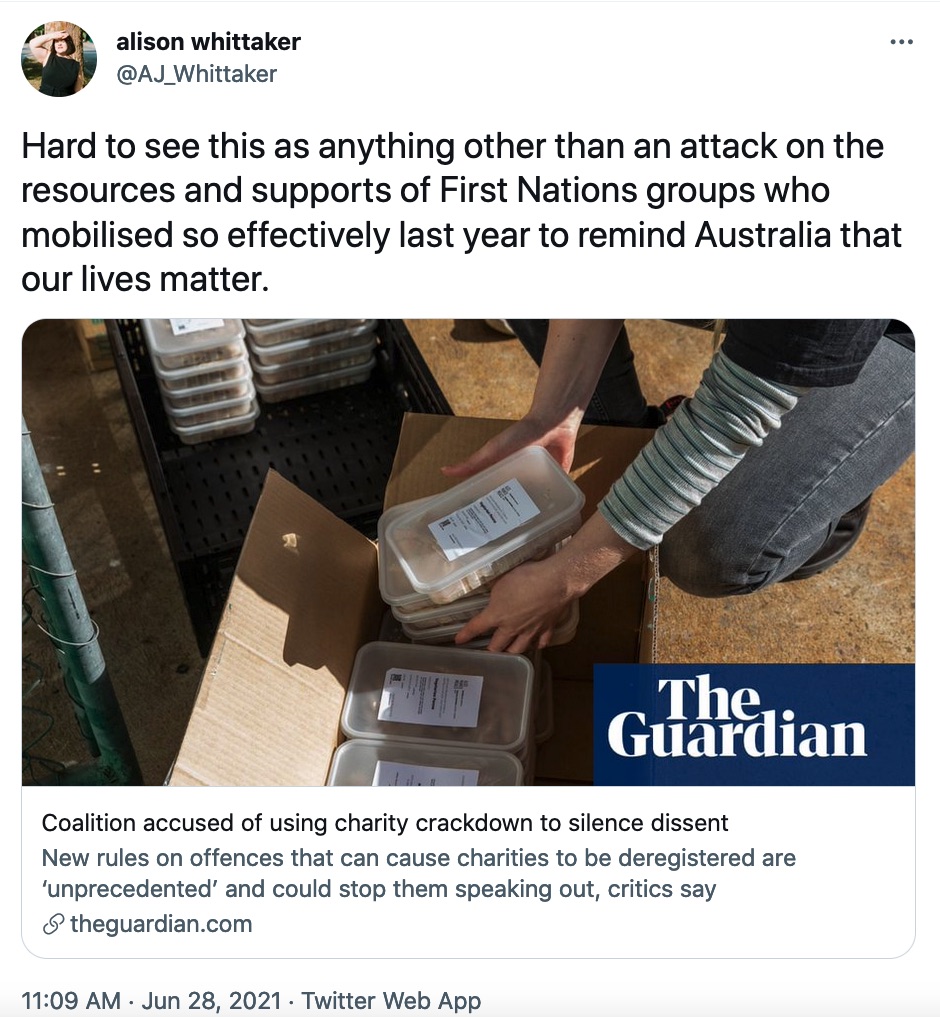